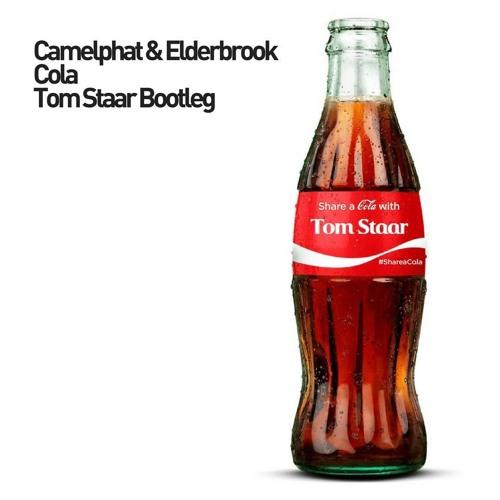 [vc_row][vc_column][vc_column_text]Tom Staar, one of the most influential and active DJs and producer in the groove scene, has finally dropped his long-awaited vision of worldwide hit “Cola” by Camelphat.

Played for the first time by Steve Angello at Printworks London the last November, the bootleg becomes immediately viral. In the following months, the bootleg was played by the biggest name of the industry as Nicky Romero, Kryder, Axwell & Ingrosso, Dimitri Vangelis & Wyman, Alesso, Benny Benassi and tons more (check the full support list). The tom Staar’s version become so famous in the industry that lots thought it was an official remix that would be released on Defected.

Remixing such as masterpiece is always a big task but, once again, Tom amazed everyone. he has kept the original souls of the track adding his unmistakable personal touch. Rumbling baseline and fast percussion give the original version a new life making it a perfect mainstage weapon. This is not only our opinion; Axwell played it in front of the crowd of Ultra Melbourne and David Guetta dropped during his world tour in Kiev.