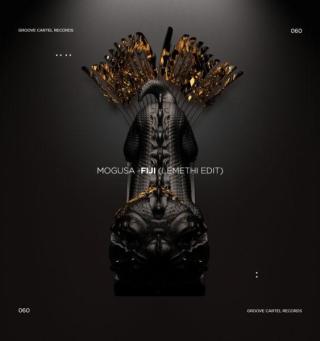 It’s been this Friday that our music label division, Groove Cartel Records, has just dropped a brand new release; it’s called ‘Fiji’ and it’s the new tune by Mogusa which has received a dope edit by Lemethi.

The name says it all: Fiji is an archipelago of more than 330 islands—of which 110 are permanently inhabited—and more than 500 islets, amounting to a total land area of about 18,300 square kilometers and, this new record, reproduce perfectly the vibes of these places. A sublime melody is the first thing that will pop-up in your mind once you have listened to ‘Fiji’. The mystical vibes drove by an intense bassline and mysterious vocal loop gives you the feeling to be in some sort of ancient jungle temple in Fiji archipelago.

Groove Cartel Records is back after the summer stop with Mogusa ‘Fiji’ in the Lemethi Edit.

The track, already played by Tomo Hirata on his Taiko Radio and used as the opening on The Groove Awakens, is available since last week for the download on Beatport and all the major music store. The record is also available on your streaming platform, as well as on Spotify, and can be now downloaded for free following this link.