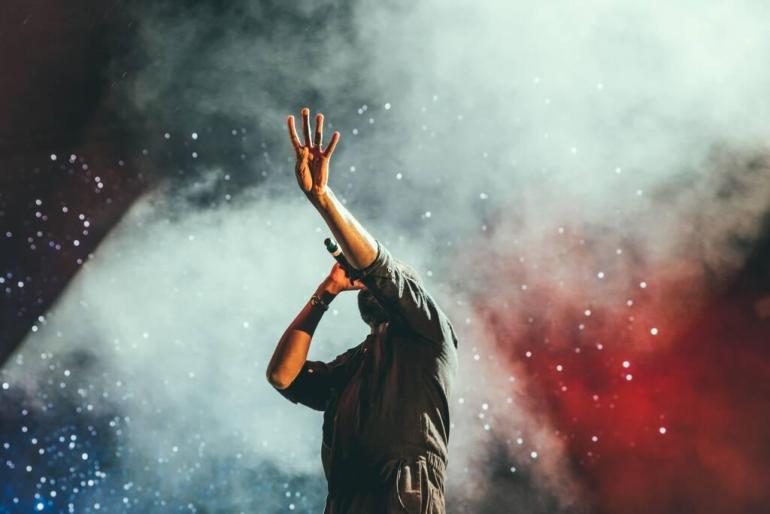 8 Music Artists That Might Become Legends in a Decade

Making it in the music industry is never a safe bet. Some shoot up straight to stardom. Others get forgotten immediately after their viral moment blows over.

It’s impossible to accurately predict who’s going to be the next Beyoncé, Drake, Rihanna, BTS, or Lady Gaga. That said, though, you can always tell which music artists have the potential to become legends. The secret lies in their artistic prowess – and their current place in the industry.

Want to be the one to say, “I’ve listened to this artist before it was mainstream!”? Then this list compiled by experts – and huge music lovers – from WritePaper is for you! Here are eight music artists that have already risen to prominence but are still on their journey toward that coveted “legendary” status.

A rising star in the world of indie, pop, and folk rock, Mitski has been in business since 2012. Yet, it’s her 2022 album that earned her recognition worldwide: Laurel Hell entered the top ten albums in several countries.

Mitski’s strengths as an artist lie in both the sound and lyrics. Her latest album, for example, is an experiment in blending synth-pop, electro-rock, and indie pop with the 80s sounds. Mitski’s lyrics are sensual and connect with profound emotional states like anxiety, sorrow, and delight.

If you want to get familiar with Mitski’s works, here are her three top songs worth listening to:

Lil Nas X shot up straight to the top of the charts as a country rap artist in 2019, all thanks to the Old Town Road single. His current style is best described as pop rap and hip hop, however – and Old Town Road isn’t the song he’s most famous for anymore.

After coming out as gay, his expression of queerness – and social commentary on the matter – took up stage. These two aspects, along with catchy songwriting and eclectics, are what made Lil Nas X’s debut album, Montero, so critically acclaimed.

Here are five tracks of his you should listen to at least once:

Donald Glover is akin to a Swiss army knife: he’s a talented actor, scriptwriter, director, comedian – and singer-slash-rapper, too. His music career, which he leads under the moniker Childish Gambino, started in 2011. Now, he has four critically acclaimed albums under his belt.

There’s no one way to describe his music in terms of genre. Some tracks fall heavily into the hip hop category; others can be described as psychedelia, soul, or funk. This is what makes Childish Gambino stand out: his ability to make something different and outstanding every single time.

In case you want to get acquainted with Childish Gambino’s range, here are five of his tracks you can start with:

Olivia Rodrigo used to be famous for her roles on Disney shows. But now, she is a three-time Grammy Awards winner. Even if pop isn’t your kind of music, you must be familiar with her work: her debut single, Drivers License, was everywhere at the beginning of 2021. It even broke the record for most daily streams on Spotify – twice within the same week!

Olivia Rodrigo’s power ballads represent a new generation of songwriters, making them a hit. Everyone from college students to dropouts, millennials to zoomers can connect with the emotion-filled texts of her songs. It’s not just her fame – Rodrigo’s songwriting skills earn her a spot on this list.

Here are Olivia Rodrigo’s top singles you can add to your playlist:

Lizzo has been on the music industry’s radar since 2014 (that’s when Time listed her as one of 14 music artists to watch). But her breakthrough came only in 2019 with the Cuz I Love You album – her third.

Lizzo has stormed the scene with her impressive use of the flute and body-positive, self-loving lyrics. Primarily a hip-hop artist, she fuses this genre with soul, funk-pop, and R&B.

If you’re not familiar with Lizzo’s works, here are her top songs that you should give a try:

Another young musician on the list YUNGBLUD is reinventing alternative rock and pop punk. As of now, this British artist has two albums under his belt: 21st Century Liability and Weird!

His music represents a mix of various genres, influenced by artists from Lady Gaga and Arctic Monkeys to Marilyn Manson and Eminem. This makes for an eclectic sound that’s the signature trait of YUNGBLUD tracks.

If you want to hear it for yourself, here are four tracks you can start with:

This Italian rock band gained global recognition after their win at the Eurovision contest in 2021. Here’s a testament to that: Måneskin performed two of their songs at Saturday Night Live in NYC just a year later. The band also earned the title of the 2022 Top Rock Artist by Billboard Music Awards.

Måneskin’s music style is somewhere between alternative, glam, hard, and pop rock. Their songs feel like something out of the 70s, clearly inspired by the likes of Nirvana, Led Zeppelin, and David Bowie. At the same time, they’re daring, energizing, and fresh, so much so that they could probably substitute your daily cup of morning coffee with just the energy behind the chords.

If you want to get familiar with Måneskin’s works, here are their four top songs you should start with:

You may know Jon Batiste from his work on The Late Show with Stephen Colbert or the soundtrack for the 2020 Pixar animated movie Soul. While his discography goes way back to 2005, his breakthrough is a recent one. His album We Are earned him a Grammy for the Album of the Year in 2022.

Jon Batiste is among the most prominent figures in the contemporary jazz and R&B scene. He cites Nina Simone, Stevie Wonder, and Louis Armstrong among his sources of inspiration. Jon Batiste, however, described his latest album as “genreless,” where the story behind the lyrics matters the most.

Here are four of Jon Batiste’s songs that deserve to be on your playlist:

Of course, these are just eight music artists that have all chances to be called legends of their craft in a decade. But they’re not the only ones having this sort of potential.

Here are six more of their colleagues that you should watch closely on their journey to the ultimate fame: