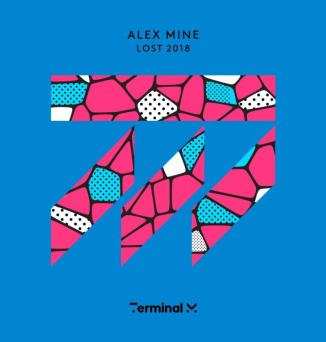 Produced back in 2015, released a year later, revisited in 2018 and remixed by the one and only Carl Cox during the same summer, Alex Mine ‘Lost’ is for sure one of the track you won’t miss.

The original version of ‘Lost’ was released back in September 2017 on Terminal M Records as part of the homonym 4 tracks EP, ‘Lost EP’. The Original Mix was a real success and, when the crowd heard it for the first time during Time Warp, it went crazy. Carl Cox picked it up on his radio show and the same happened with other big artists.

Thanks to the massive success, Alex decided to revisit the track for a 2018 edition and Carl Cox liked it so much that he decided to jump on board remixing it. If the original record was a very heavy, with big and fat kicks and snares and a massive bassline, the 2018 version is a little bit softer but still a dancefloor banger. The industrial and heavy bassline has been replaced by a deeper one with an amazing melody on top. Carl Cox has decided to start from these new elements adding an insane bubbling bassline perfectly merged with a new loop of kicks and percussion that fit perfectly with the whole track.

As usual, Cox has brought the record to another level as only he can do. ‘Lost 2018’ and the Carl Cox Remix are part of a four tracks EP that, besides these two versions and the original one, it contains also the Roberto Capuano Remix.