[vc_row][vc_column][vc_column_text]Out on Spinnin’ Records, ‘Casually’ is the brand new record by Alyx Ander & Redondo which features the suave voice of Maria Z. 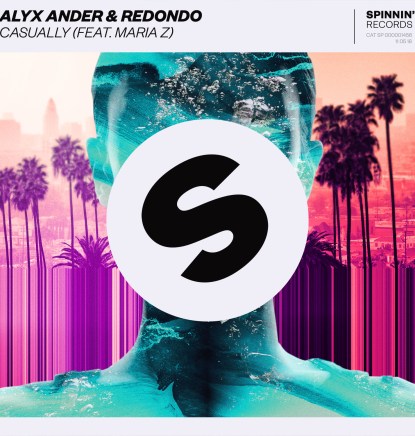 Miami based producer and DJ Alyx Ander join forces with Dutch duo Redondo and singer/songwriter Maria Z for ‘Casually’, the most anticipated and demanding track of the Spinnin’ Records Miami ’18 Day Mix. The smooth melody syncs perfectly with Maria’s silky vocals; play it once and you won’t stop replaying it till it gets stuck in your head. The track is beautiful and delicate, and there’s no doubt that these guys created magic together.

Alyx Ander has previously worked with Maria Z on their track ‘Close Enough’ a deep-chill house track that creates a soothing environment.


Alyx Ander, Redondo and Maria Z ‘Casually’ is out now on Spinnin’ Records.

‘Casually’ can be known as the summer anthem as it totally adapts the playful moments and gives you a feeling of holiday. The record was one of the most watched IDs on 1001Tracklists.com.

“Maria and I have been trying to work together again for three years, ever since we made ‘Close Enough.’ When Redondo and I started working with her on this one, we knew right away that we had something special. I can’t wait to play this for people live.” – Alyx Ander talking about the collab.

Redondo have had a couple of releases on Spinnin’ Records and they have already built a great reputation for themselves. They are supported by big artists like Sam Feldt, Robin Schulz, Fedde Le Grand to name a few. These guys have been together for more than 10 years and they have played at major festivals like Tomorrowland & Creamfields. The duo stands for just about everything in between Techno and house genres reaching the top-Beatport chart positions multiple times.