American duo Anden is back on Zerothree music with a new masterpiece, ‘Walls’ 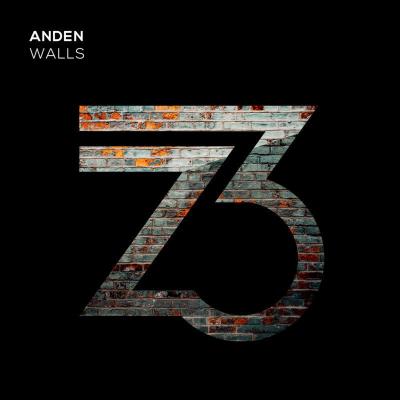 Brothers Tom and Pete Cuppernull, aka Anden, are back on Zerothree Music with a heartwarming release, ‘Walls’.

The Brooklyn based duo have previously released blistering tracks on Zerothree, as for September and Light. Following no trends, the brothers have brought a euphoric and incredible vibe through their musical journey which showcases their complete understanding of synthesizers and music production. If you listen to ‘Walls’ closely, it touches you in meaningful ways. Fun fact, the mellifluous vocals in ‘Walls’ was originally recorded by the boys themselves which make the track a complete family production.

SOEL returns ‘Shadows That We Cast’ EP on Bedrock

Anden’s remarkable productions have garnered cross-genre support from major artists like Pete Tong, Above & Beyond, Armin van Buuren, making them one of the most demandable acts worldwide. They started their musical journey from New York as Hip-Hop DJs and, later on, they moved towards club-centric music. 2017 was a big year for Anden as they released over a dozen records through major labels. They became the youngest Americans to get signed on Zerothree Music. After a couple of records, they successfully ended their year with a 3-track EP on Colorize.

Zerothree is an extremely innovative label that focuses on artists whose creativity is out of the box. They play an important role in providing the finest progressive tunes for the listeners. You should definitely check out Zerothree if you’re looking for some real music that touches your heart and your soul.