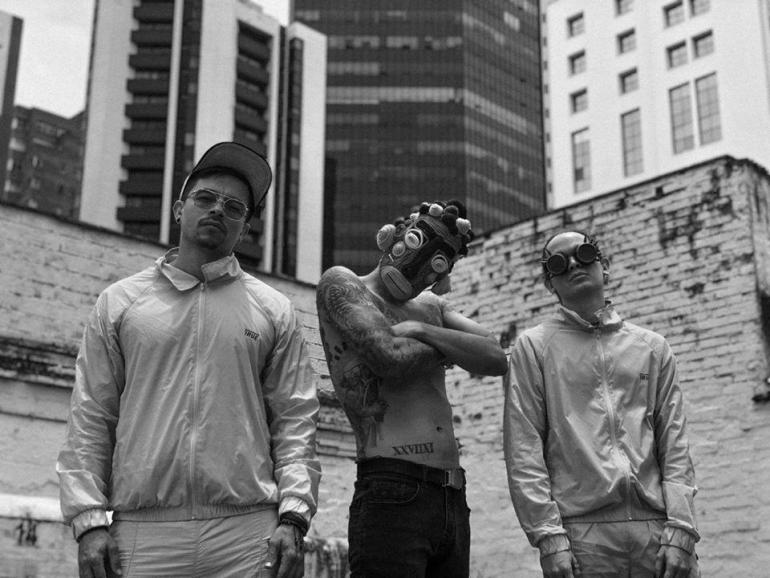 After one year from the release of the original mix, Cuchara and Chriz Samz jumped on the remix train for Boy Untitled’s single ‘Skin’.

The remix – as the artists told us – is the result of a global collaboration between indie-pop artist, Mark Tennyson aka Boy Untitled (LA) and producers Chriz Samz (Medellín) and Cuchara (Dubai). The original, which was released last year, was co-written by Rush Davis and the lead single off of Boy Untitled’s debut, self-titled EP which Tennyson describes as “a victory anthem for all of us that celebrates the power of becoming and what happens when we shed the layers of ourselves that no longer serve us.”

Immediately following the release, Tennyson traveled to Medellín for the first time to explore the art and music scene. He immediately fell in love with the energy and culture of the city.

“I found inspiration everywhere I went. What struck me the most about Medellín was the sincere openness of the people to share themselves with the world. So much has happened in this country and the people have worked so hard to change that history. Because of this, they celebrate life through music, art, food … everything … like no place I have ever been before.”

While exploring the city during this trip, Tennyson happened into Coolto, a hostel known for its street art scene and artist community. While looking through the small gallery, he heard a faint, but strong bass line coming from upstairs. He followed the beat and found a music studio. Inside, he met Cuchara and Santiago. They welcomed him into their session. Inside the tiny room, they danced and played together, sharing their talents and passion for music. Over the course of the trip, they solidified their bond through music, jamming and performing together. At the same time, Tennyson built relationships with other artists and performed for the first time internationally in the City of Eternal Spring.


I couldn’t wait to come back with more time and a better understanding of the community and tap into the extreme inspiration that is so present there. There is a deep familiarity I feel to Medellín, its people, and its culture.

7 Main Rules of Songwriting to Create a Masterpiece

He returned in January 2020 with the goal of reconnecting and strengthening his bond with the city.

The track is a mirror of the culture and the vibes the producer felt going around the town; a minimal and Latino beat perfectly merged with a rolling percussive rhythm and wide and hypnotic baseline make this remix an incredible tune even for the underground club in Europe. A track born in the alleys of Latin America that would perfectly fit on the most renewed underground club and festivals around the world.