Danny Howard & Harry Romero team up for ‘The Game’

Legendary DJs and producers, Danny Howard & Harry Romero team up for their revision of 1997 classic, ‘The Game’. 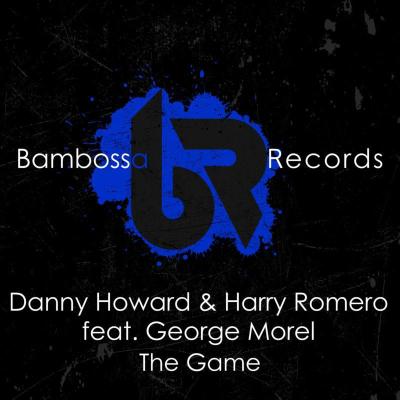 Featuring the vocals of none other than George Morel himself, ‘The Game’ sees the House icons rework Morel Inc.’s ‘Are You Ready To Play The Game’ into a strong and groove-infested House cut meant to pepper the underground’s peak-time hours.

Kicking off with the ionic vocal and good dose of rhythm, ‘The Game’ continues increasing the energy with groovy-infected bassline and percussions. Bringing the old classic back to work on the modern dancefloor, Danny Howard & Harry Romero have done yet an impressive work with ‘The Game’.

I’m so excited about this track finally coming out. It all began nearly one year ago when I approached Harry to see if he would be up for working together on a track. I play almost everything he releases because his sound is perfect for both my DJ sets and radio shows, so when I saw Harry play alongside Erick Morillo at Pacha in Ibiza over 10 years ago, it was an absolute honor. I’ve been road-testing ‘The Game’ since September and it works brilliantly as a peak-time, no-nonsense, crowd-pleasing banger if I may say so myself. – Danny Howard


With tons of support worldwide, from Sunnery James and Ryan Marciano to The Aston Shuffle, Danny Howard & Harry Romero ‘The Game’ was radio-played by Howard himself on BBC Radio 1.

It’s always an awesome experience when I get to collaborate with a proper talent and a great guy like Danny Howard. The track turned out just the way we wanted and I can’t wait to hear and feel the crowd’s response when I play it in my sets. – Harry Romero

Currently out on Bambossa (Armada), Danny Howard & Harry Romero ‘The Game’ is making serious damage on several dancefloors and, we’re sure, with the Miami Music Week incoming, we’re going to hear it a lot during the pool parties all over the week.