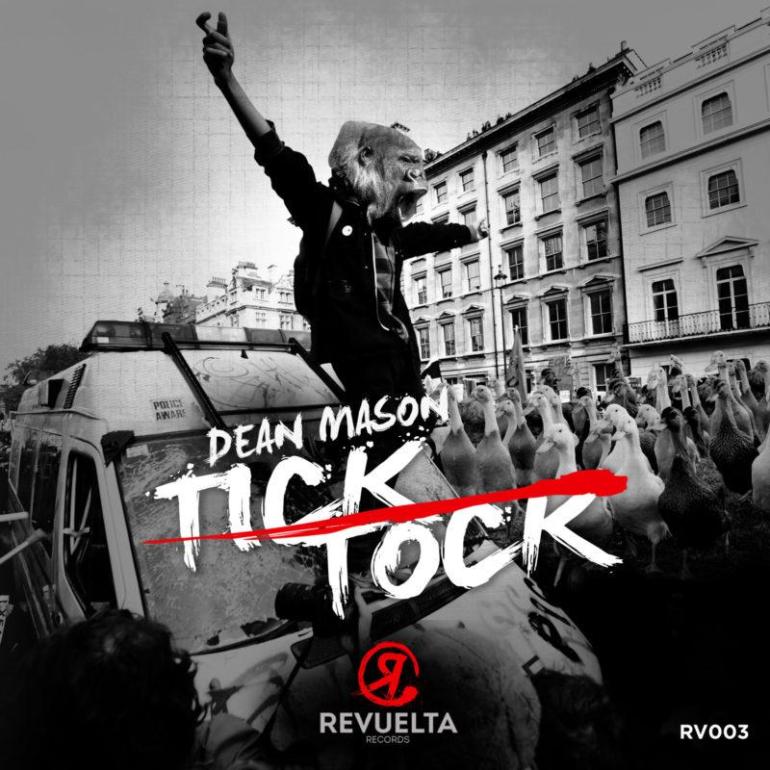 [vc_row][vc_column][vc_column_text]After an amazing debut with “Pina Colada” and “Champeta” as second release, Jude & Frank imprint Revuelta has deployed another club weapon; we are talking about Dean Mason’s “Tick Tock.”

Dean Mason is one of the fastest growing producer/DJs in North America today. In the span of just a few short years, this NYC native has brought his love of house music to fans across the globe. Dean’s hard work, dedication, and pure talent has now catapulted him into headlining events worldwide. He has played across the nation at the hottest nightclubs and music festivals, most notably at Miami’s Winter Music Conference, Wet Electric and the world’s largest floating dance festival, The Groove Cruise. Last year, his “2015 Get Addicted” world tour has included nightclubs and festivals in over 25 U.S. cities and 3 countries across the globe. He is constantly challenging himself to achieve milestones and has risen to the top with tremendous tenacity, fortitude, and determination.

His new record “Tick Tock” features fat at bassline, solid groove and the typical amazing voice shot of Dean’s productions. Perfect for both big festival crowds and small clubs, we are sure to hear this track a lot during Miami Music Week. “Tick Tock” has not gone unnoticed from top DJs and producers; Played by Dannic, Kryder, Gregor Salto and Leandro da Silva is now on rotation on Provenzano DJ M2O show Dj Zone.