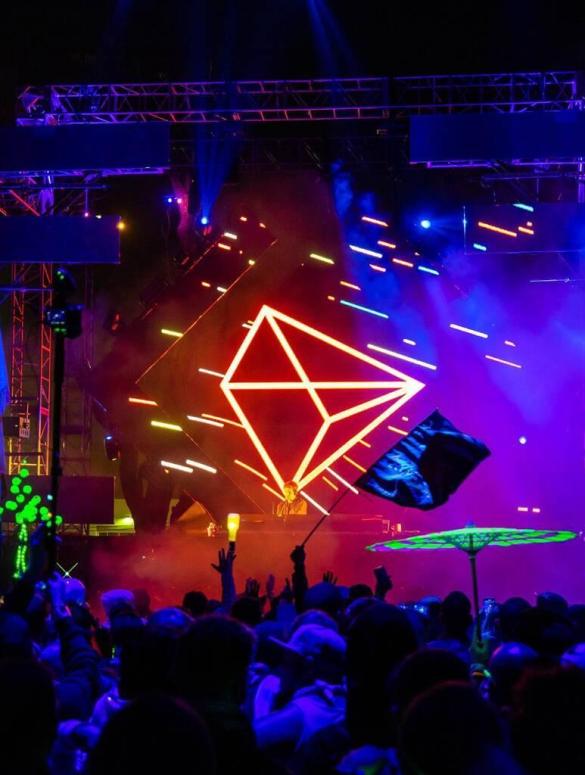 Including on the 13-track pack, Entel's ‘Everlast’, Grum's ‘Candy Crusher’, and Estiva's ‘Alone’ in the Grum remix

Released last week, on the 21st of January, Reactor Vol. 2 is the first release of 2022 for Grum’s imprint Deep State. Reactor Vol 2 contains 13 unreleased tracks including new original music from label head, Grum, with Candy Crusher. The label also welcomes Paul Thomas back after his stand-out work remixing Runaway for Heartbeats:Ten. Not to forget, the compilation features Entel as well with Everlast.

Reactor Vol. 2 follows a huge year, 2021, for Grum’s label. Besides the release of incredible tunes, Deep State hosted its first festival stage at Dreamstate. Now, they’re ready to kick off 2022 in the right way with this massive 13-track pack. Exclusive tracks from Deep State Recordings and the sound they’re creating through the label and events are featured on Reactor compilations. Each volume is a way for Deep State to share who they are and a preview of what’s to come.

Kicking off the collection Abrupt Gear with Orange Garden. Long and cinematic lines are the core of the tune which features an incredible intimate percussive beat. Erik Lucas debuts with Aim At Heaven, bringing some hypnotic and dreamy vibes with an incredible arpeggio on the drop. ASKARI goes a little bit deeper with his The Federation including reflective but clean melodies. It’s time to go hard with Men-D Cluj Pump and his heavy and industrial techno percussions. Sebastien Silva decides to bring the sounds to an outer level, with his angelic soundscapes and wistful harmonies. Santiablo goes again on the hypnotic side of electronic music with his Zen. Contemplative themes hug the main plucked strings to rapidly jump into the deep with the minimal beat.

Oncilla, instead, goes experimental with Moira. Featuring dark and techno percussions, the raw and industrial bassline perfectly flows together with the progressive arpeggio creating a perfect contrast between the two realities. LeoLeo presents some cinematic sounds with his The Wild, a crossover between a soundtrack of a film and a progressive dancefloor gem. Again, hard and shady sounds take over with VORA‘s Heritage but rapidly evolve into Paul Thomas‘ romantic vibes in his remix of Juan Sapia‘s Balloon.


The return of Entel on Deep State and Grum’s impressive records.

It’s the time of Entel and his Everlast, a hypnotic, upbeat progressive track as well as a great return on Grum’s imprint. He debuted back last year with the 3-track Entel EP and he’s now back with another astonishing release. Including feeling good melodic lines and trancy and progressive melodic soundscapes, Everlast is a continued journey through Entel’s musical vision.

At the almost end of the EP, label boss Grum jump into the compilation with Candy Crusher. Dark and melodic lines are packed together, paired with an unclear and opaque bassline. Flowing harmonies and drifting strains complete the record bringing the listener to the last installment of Reactor Vol 2. Alone is Estiva‘s single but remixed by Grum himself. Again, romantic and idealistic themes are paired with non-stop and hypnotic percussive beats closing this incredible collection in the best way possible.