Placed on top of rock solid beats and bass, the Dutch duo have a good thing going on. 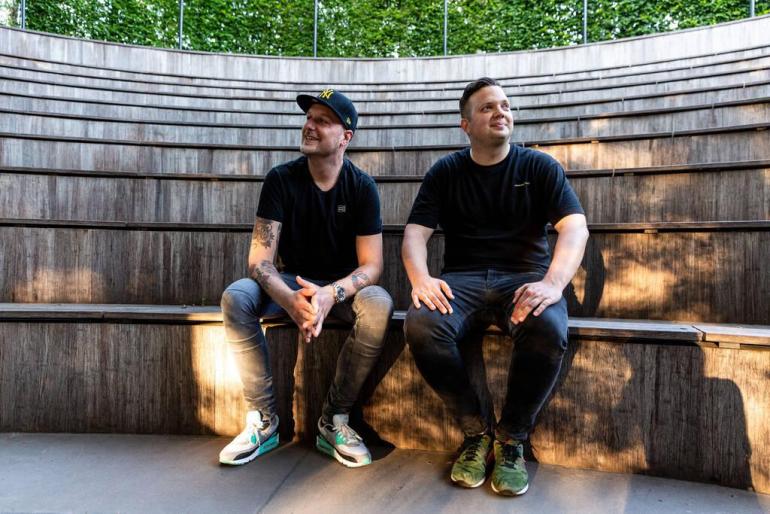 With up-for-it house that is strictly sunny side up, East & Young take a huge “Swing” and hit the jackpot. Marc Van Oosterbaan and Frank Kuiper exhibit all the glossy, goodtime vibes that have garnered approbation from the scene’s big wigs. With this artwrk release, the pair’s intended destination is the Balearic Islands. They combine softly seductive vocals, melodies formed of reedy, click-clacking strings, and what sounds like a cartoon steam locomotive choo-chooing approval. The Dutch duo sounds great when placed on top of strong beats and bass.

East & Young are hardly newcomers to the world of electronic music. The Marc van Oosterbaan and Frank Kuiper duet became well-known during the heyday of electronic dance music. Their journey started when, in 2012, Calvin Harris signed the duo’s EP Coda to his Fly Eye label. East & Young established themselves as one of the fastest-rising duos after performing at over 300 events worldwide, including the most prestigious festivals, and releasing music on well-known record labels like Spinnin’, Atlantic, Ultra, Defected, Universal, and many more.

East & Young are set to rock dance floors once more as festival season returns. Everyone will be dancing to their music because of the upbeat, positive vibe that their style and sound exude. East & Young are prepared to once again have a significant impact on the scene with no barriers in their way.

“Swing” is now available on artwrk.