Awakenings presents Afterlife: from the club to the arena

Tale Of Us brought for the first time their own brand, Afterlife, at the Ziggo Dome, selling out the 14.000-capacity arena. 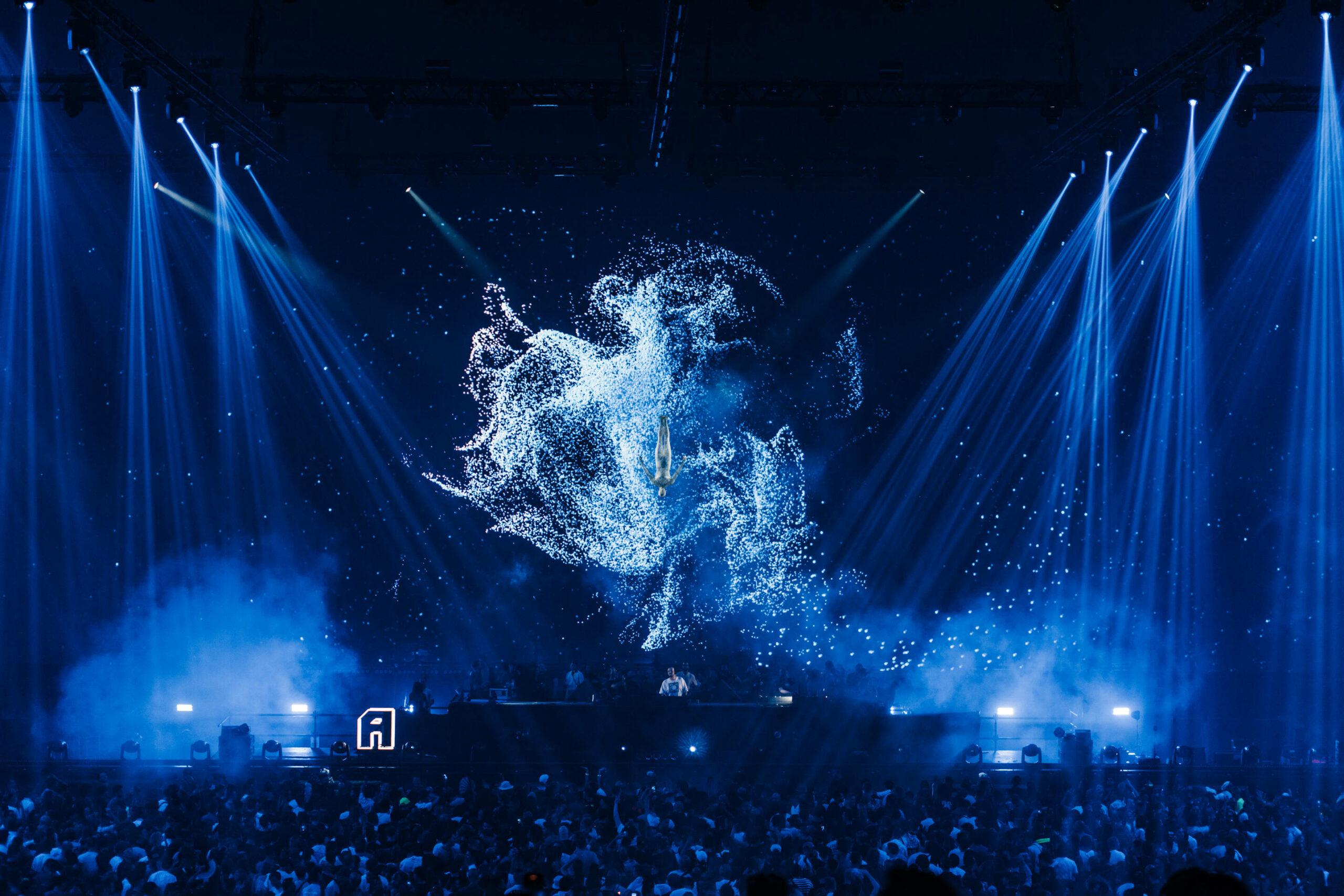 This year’s Amsterdam Dance Event has been one of the biggest yet, not only for the number of attendance but also for the dimensions of events. For the first time ever, Awakenings took over Ziggo Dome for a series of events, including Tale Of Us‘s Afterlife.

If you’re used to Awakenings ADE, you are sure to attend one of the parties on the lineup in the iconic Gashouder. Located in the Westergasfabriek gasworks complex in northwest Amsterdam, Gashouder is a venue and event space housed in a former industrial structure. With a 3.500-person capacity and a huge, pillar-free room with an iron roof, it can hold both large-scale club nights and slightly more intimate events. From Adam Beyer to Richie Hawtin, Gashouder was packed with events all week long. Awakenings took the opportunity and went all-in announcing three events at the huge Ziggo Dome.

With a full capacity of 17.000 people, Ziggo Dome hosted Charlotte de Witte’s party KNTXT, Carl Cox’s label party Awesome Soundwave and last but not least, Tale Of Us present Afterlife. Neither to say that the whole Awakenings lineup, including the three events at Ziggo Dome, went sold out.

Ziggo Dome was a new experience for both Afterlife and fans coming from all over the world. The huge arena has been turned into a gate to the realm of consciousness with a series of unnumbered light beans, LED bars, strobes, and lasers. The most impressive installation for the whole show has surely been the gain LED wall behind the artists; covering the whole wall, from top to bottom and from left to right, the led wall delivered a once-in-a-lifetime audio/visual experience.

On the lineup, well-known artists and new names produced a show that will remain on the books for years to come. The opening was entrusted to Olympe, an Italian DJ, and producer who landed for the first time on the Afterlife on Unity compilation. She debuted live for Afterlife at Hi Ibiza on the 15th of September but the true baptism of fire happened during ADE at Awakenings.

It has been the first time in front of such a crowd and it felt massive and pure magic!! I’m really grateful I could be part of this with all of you! – Olympe

Surfing between minimal beats and deep-techno harmonies Olympe heated up the dancefloor; playing her iconic In The Darkness as well as Frustration she injected the right mood into the Ziggo Dome kicking off the dances. We hope to see and listen to hear more in the upcoming Afterlife shows around the world.


Up next, Afterlife’s long-time friend, Colyn, set the dancefloor on fire already from the first song. Merging together robotic vocal clips, rubbery low-end rhythms, and a cacophony of cosmic FXs, Colyn’s music flows between stirring melodies and heartrending arrangements. The whole set is an ode to lost love aimed to tantalize your body and mind.

It’s 2 AM and the arena is full once Mind Against took control of the dancefloor. Their DJ set is immersive and it’s crafted so organically, due to the brothers’ deep rapport, with such mastery of emotion and soundscape. Rich melodies, ephemeral vocal samples, and fluttering synths combine to create a lovely electronic work drenched in alien emotion. They produce a unique atmosphere that is both upbeat, melancholic, dark, and driving.

The night continues with Stephan Bodzin and his incredible live performance. Thanks to the massive visual experience, Bodzin brought his album Boavista to the arena. Hypnotizing highlights come from the soft melodies but powerful basslines while interstellar explorations of the more thoughtful and melancholic vibes complete his journey.

It’s 4.30 in the morning when Tale Of Us kick things off with Anyma‘s brand new collaboration with Chris Avantgarde, Eternity. The performance was a mix of Anyma’s digital realm, made by cutting-edge creative technology, such as real-time rendering of graphics and characters, and MRAK warm, emotional, and deep sound that characterizes the artist’s unique sonic identity. This mix of technologies has enabled the music to be enhanced to new heights, blurring the lines between sounds, lights, and visuals as well as between reality and virtual in a never-before-seen immersive experience.

As a result, an interactive environment has been created; it conceptualizes itself as a voyage of discovery that aims to comprehend human expressivity and creativity, merging together different sensory stimuli for a unique audio-visual experience.

Afterlife and Tale Of Us will return to London at Printworks for another installment of their legendary show.