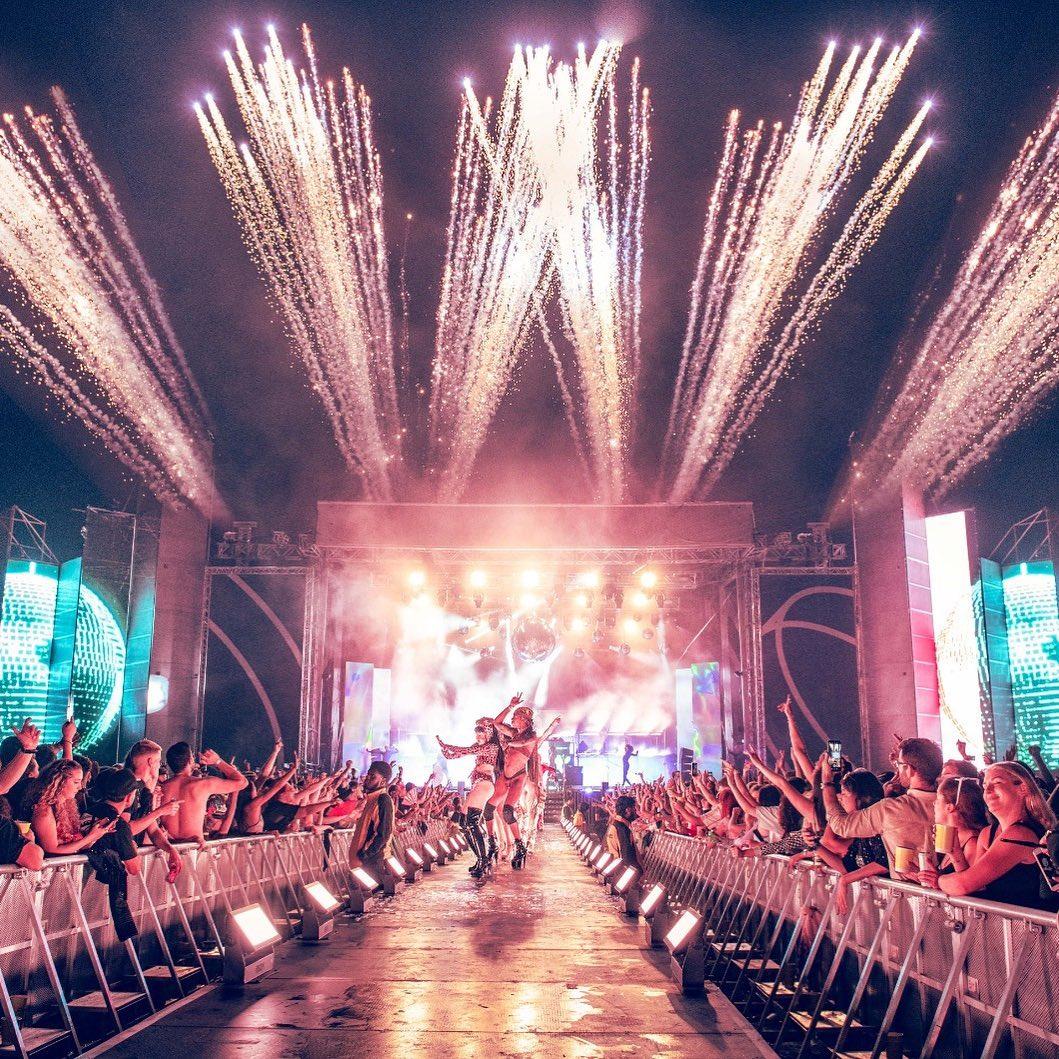 You may have noticed it from our Instagram stories and posts here on the blog but, a couple of weeks ago Defected returned to London with a massive two-day festival. 4 stages, almost 100 artists in the exceptional location of The Drumsheds, an old gaswork now turned into a fully-equipped event space. Defected London at The Drumsheds has been the first big in-real-life event in 18 months for the label and what a better occasion to see again our favourite artists and house music family if not being part of it? We joined the festival on both days and, this is our story.

On September 25th we made our official on-field return to music festivals, and what a blast it was. In the beginning, we weren’t sure how we should approach an event of these proportions in a post-pandemic situation, but Defected very rapidly made us feel at home with a very warm welcome. Four stages, with a different flavor of house music playing in each one.

The Drumsheds, the stages, and the festival area.

The location is a giant ex-gasworks that was brought back to life by the creators of the world-renown Printworks: The Drumsheds features 10 acres of outdoor space and 4 giant, interlinked warehouses offering a total indoor capacity of 10,000. Thanks to all this space and smart positioning of the stages, we had no issue moving from stage to stage and dancing without being pushed and crushed by the crowd, even in the middle of the dancefloor. The Drumsheds was also equipped with a decent food, drink, and rest area, letting you recharge your energy before jumping again on the dancefloor.

Defected wasn’t shy with all this space at their disposal and made very good use of the multiple stages: on day 1, mainstage was curated by Glitterbox, while the VIP area danced to the Faith Label sounds. With its massive led walls and an extensive walkway in front of it, the mainstage, especially during Glitterbox takeover, delivered a 360° artistic experience, with top-notch music, dancing performances, and visual effects. On the indoor, more underground setting, the likes of Low Steppa, Ferreck Dawn, David Penn, and Riva Starr composed the mother label stage’s lineup.

From a creativity standpoint, the real surprise of the festival was the Bus stage (yes, it was an actual 2-story London bus with a DJ booth on top). Curated by 4 To The Floor on day 1 and Glitterbox on day 2, good vibes were delivered constantly thanks to the jams spinned by the likes of disco and house music pioneers Full Intention, Mousse T, Dimitri From Paris, and Melvo Baptiste.


House music all life long; so it was.

The most played track of the weekend was Ben Kim’s “Somebody To Love”, a fresh tech house take on the Jefferson Airplane rock classic (out now on Gorgon City’s REALM Records).

Although, “Get Get Down” was the real anthem of the weekend, with many of the artists paying tribute to Paul Johnson, who passed away earlier this August.

The icing was put on the cake by the last performances of the festival, carefully assigned to Louie Vega and Honey Dijon in the warehouse (Classic stage on day 2), while on the mainstage it was all about Sam Divine and Basement Jaxx.

With Defected London, the UK label positioned itself again in the driver’s seat of the house music industry, providing a 360° vision of what the genre is today and its evolution throughout the decades.