DLDK, the legendary dance event is set to return to Ziggo Dome, its historic home in Amsterdam at the beginning of March 2021 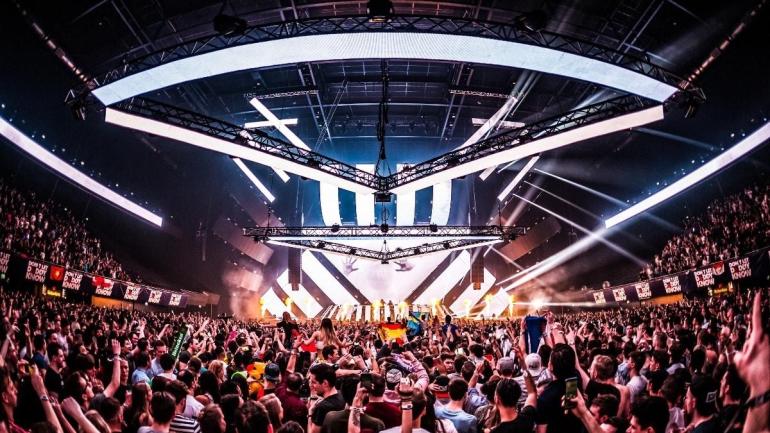 Against all odds, the iconic dance music event Don’t Let Daddy Know has announced its come back in Amsterdam for March 6 at Ziggo Dome.

Don’t Let Daddy Know follows the announcement of another big festival, Creamfields, that has already released its 2021 plan for the festival. With the uncertainty given by the COVID-19 pandemic, festival organizers are very cautious about what to do in the near future. A clear example is Ultra Music Festival Miami, usually planned a couple of weeks later Don’t Let Daddy Know Amsterdam, that has still revealed no information about the 2021 edition.

So, with the actual world’s situation, the question arises: will Don’t Let Daddy Know Amsterdam take place as planned, or will be yet another postponed event? Let’s try to understand.

Fast backward to March 2020, when the COVID-19 pandemic started to spread massively all over the world. Ultra Music Festival 2020 was canceled as the first travel restrictions were adopted by some European countries. At the time, Don’t Let Daddy Know Amsterdam was planned for March 6. Because of the high ticket demands, the event was moved to Amsterdam RAI and it was supposed to feature three different stages. Unfortunately, things didn’t go as planned and the three stages become one with the lineup massively reduced.

Future updates released by Don’t Let Daddy Know announced that at least 50% of people who bought the ticket wouldn’t be able to attend the event. This information, together with the fact of a bigger area should have limited the risks.

At the time, the situation is The Netherlands was quite good with less than 100 cases per day while other countries, such as Italy, were seeing an exponential increase in new COVID-19 cases. Besides the situation was getting worse day by day in the whole Europe, Don’t Let Daddy Know Amsterdam took place. Three days later, for instance, Italy imposed a national lockdown, Spain was recording almost 4.000 new cases per day.

We now know from all the data collected in the past months that the pandemic in The Netherlands was about two weeks late compared to what was happening in Italy and Spain. Around the 20th of March, The Netherlands started to record more than 1.000 new cases per day.

Now, it’s more useful to compare relative data instead of absolute ones. If we take Italy as a yardstick (which has been the epicenter of the pandemic in Europe in the month of March and April) and Germany, we can compare some interesting numbers, related to the population of each country.

This data are surely influenced by the number of testing on the population. Unfortunately, not all the countries release the daily number of tests so, we are unable to know the exact data for Germany and The Netherlands. Below you can find the total tests per day as well as the people tested per day in Italy.

According to the Dutch Ministry of Health, in the past week more than 180.000 have been tested (an average of 25.000 per day). At the national level, the percentage of positive tests increased this week, rising from 2.2% in the previous week to 2.8% this week. A bit worrying is that: “The reproduction number has risen to 1.17. This means that 100 people who are infected with the novel coronavirus will collectively infect another 117 people.”

Also, having a look at the number subdivided per region, Amsterdam is the most affected region by COVID-19 in The Netherlands.

Another thing to take into consideration, besides daily tests and new cases, is the measure taken to avoid or, at least, contain the spread of the virus. In Italy, for instance, face masks are required when entering indoor public spaces as well as on public transport. Commercial businesses need to provide sanitizing gel to the costumers and the basic rule of 1-meter social distance must be followed.

Every European country over the past month has adopted different measures to contain the pandemic. Talking About The Netherlands, face masks are not required in public spaces expect for public transports where “it is not possible to stay far enough apart”.

Now, in accordance with all the data shown, an event such as Don’t Let Daddy Know is likely to happen in Amsterdam the next March? At the moment, it’s difficult, if not impossible, to give a definite answer.

From the data we know, numbers in The Netherlands are not looking good at the moment with the reproduction number way higher than 1 and the new cases rising faster than a lot of other European countries. Clubs with limited capacity are still closed and there isn’t an opening plan yet. Six months are still a huge time window and everything can happen but we know that such events to be a success need to go against every single COVID-19 containment rules.

Another thing to take into consideration is the number of people traveling from abroad to The Netherlands. Travel restrictions are imposed day by day, even between European countries so, even if the event will be confirmed are you able to be there?

Ultimate, we are still super happy to see something moving in the electronic dance music scene, with big organizations such as Don’t Let DaddyKnow trying to give hope to the tens of thousands of fans around the world but, at the same time, we should be very careful to avoid another outbreak.

We’re very excited to return to the beautiful venue Ziggo Dome. Although these times are uncertain for everyone and we don’t know what the future will bring, we remain positive and hope to be able to do what we love most next year, organizing large-scale dance music festivals and uniting thousands of dance music lovers from all around the world. – Sem Vox, DJ and owner of E&A Events.

In the case of event postponement or cancellation, all tickets purchased via official sales channels (See Tickets & Festicket) will be entitled to receive a refund for their purchased tickets within one month after the planned date or a voucher for the postponed event.