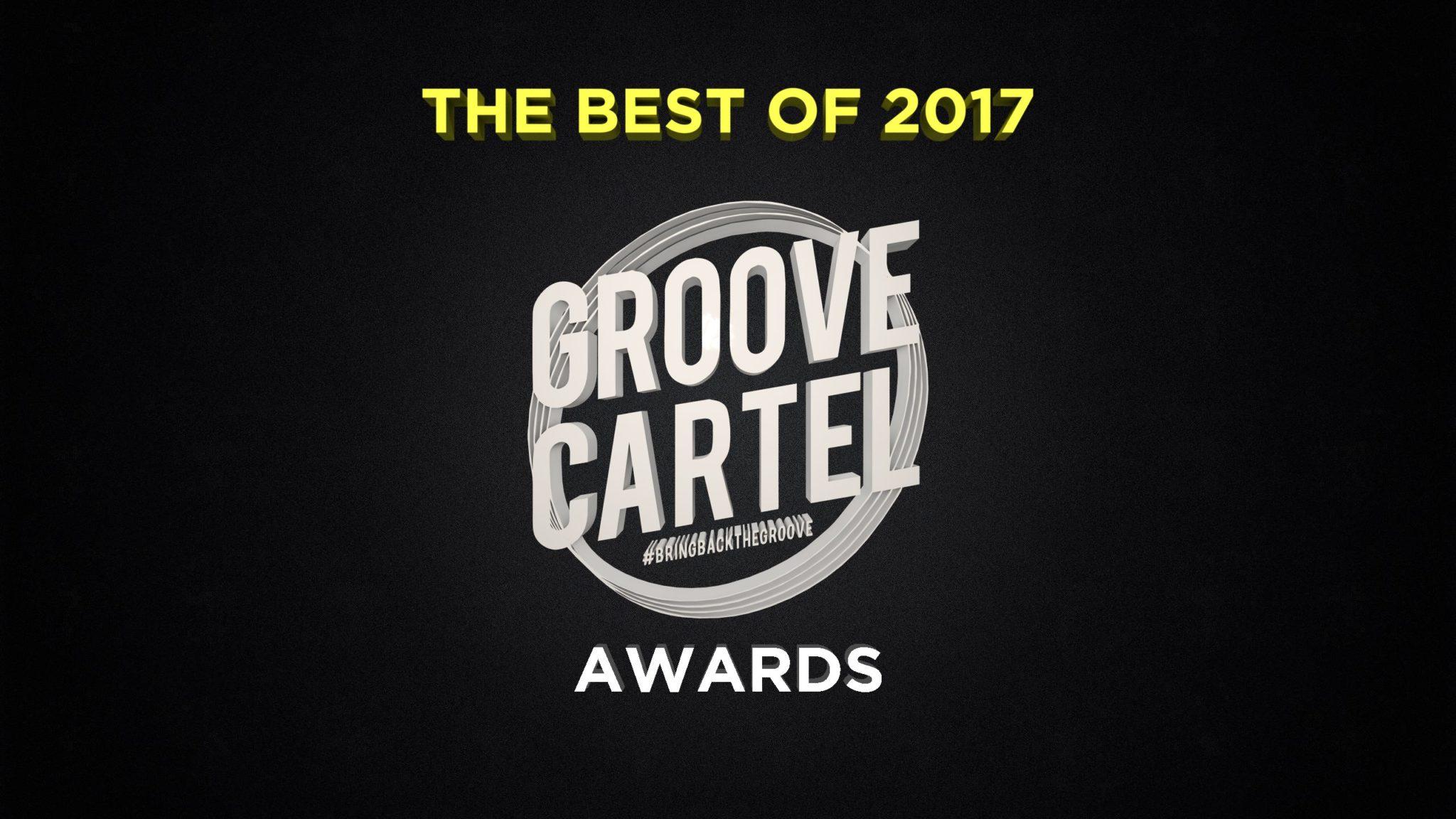 The Groove Cartel Awards 2017 – You made the difference!

[vc_row][vc_column][vc_column_text]2017 has been an amazing year for the Groove scene: we listened to a lot of new music, we had the chance to see the best DJs playing at the most important festivals and clubs in Europe and beyond. The genre we love evolved, abandoning the tribal influences and taking inspiration from dark, techy and progressive vibes.

We can now define the Groove movement as mature and well established, so this is the perfect moment to make a reflection.

The aim of this movement, when it born around 2014, was to “bring the groove back into the big room“, as Kryder often said: less jumping and more dancing. 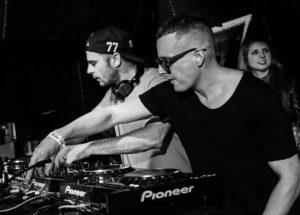 After some years, we can say that the goal has been reached. Thanks to the work of great producers like Kryder, Tom Staar, Eddie Thoneick, and many many more, this genre has made its way to the biggest mainstages and gained support from the majority of the EDM scene. Even one of the most successful labels, Protocol, changed his style from big room progressive to Groove house.

Also us, The Groove Cartel, changed: we tried to provide you more content (news, exclusives, interviews), not only related to the “groove” genre, but also related to everything that can be associated with the feelings that the aforementioned genre gives, such as House, Tech-House, Progressive, but not only.

We decided to end the year by letting you guys participate in what we thought would be a good way to encourage discussions and critics, the Groove Cartel Awards.

Our winners are Third Party, British progressive duo who dropped their debut album “Hope” in February. The two guys raised up under Steve Angello as part of Size Records, and they hit their first worldwide success with “Everyday Of My Life” in 2014. After founding Release Records in 2015, the two steadily increased their popularity thanks to their pure progressive house tracks, and they DJed all over the world.

[/vc_toggle][/vc_column][/vc_row][vc_row][vc_column][vc_toggle title=”Best upcoming DJ / Producer”]This poll was extremely equilibrated. The best upcoming producers of the year category not only included youngsters like David Pietras or Klahr, but also adult men as the Swedish electronic group Highly Sedated. In the end, the one who gained more appreciation was another brit, Corey James.

The “Liverpool’s best-kept secret” definitely had an amazing year, with music released on Protocol, Code Red and Size. At the end of the year, he signed a contract with Size Records, celebrated with the eagerly awaited progressive banger “Back In Time“, then followed by “Funky Music” with Teamworx. Corey’s future looks nothing but bright.

[/vc_toggle][/vc_column][/vc_row][vc_row][vc_column][vc_toggle title=”Best Groove house track”]As I wrote before, the Groove scene is changing, so it was quite tough to find six pure Groove house tracks to put in this poll. Despite this, I picked some serious dancefloor shakers, such as Tom Staar & Corey James – Bird Flu and Matt Nash – ML4U, and more mainstage-oriented tunes, such as Simon Alex & AK9 – Badlands.

Honestly, I didn’t expect Bird Flu to dominate so much the poll. The eagerly awaited collaboration between Corey James and Tom Staar, premiered by Steve Angello on his BBC Radio 1 Residency, was definitely one of the biggest tunes of the year, but its opponents were very tough ones.


[/vc_toggle][/vc_column][/vc_row][vc_row][vc_column][vc_toggle title=”Best Progressive House track”]In 2017 the progressive house scene reborn with new sounds and new artists. A lot of people say that 2018 will be the comeback year of this beloved genre: we hope so, but for now, we focus on the best progressive tunes of the last year.

Our nominations were extraordinary: all the tunes we included in this poll are beautiful pieces of musical art, very different from each other. From the dreaming and wild atmosphere in Yotto’s “North” to the mainstage banger “Back In Time“, all the tracks got support from top DJs around the world and, even more important, have been pumped a lot in every fan’s earphones. After an initial advantage, Still Young’s hit “White Label” has been surpassed by CYA’s debut single Mistakes, which has been enthroned best Progressive house track of 2017.

[/vc_toggle][/vc_column][/vc_row][vc_row][vc_column][vc_toggle title=”Best House track”]Alright, this was easy to predict, I admit it. Cola won, it’s the most played track of 2017 and it’s a candidate for the Grammy Awards. Nevertheless, this summer a lot of house tracks jumped into the mainstream charts, such as Purple Disco Machine’s “Devil In Me” and MK “17“. This is an important change, because in the past years we rarely saw pure house tracks getting all this success: is something muting in the listeners’ taste?

How Music Plays a Part in Helping Concentration

[/vc_toggle][/vc_column][/vc_row][vc_row][vc_column][vc_toggle title=”Best Remix”]Sometimes a remix gets iconic and has more success than the original track. It happens, so we decided to include a poll for the best remix in our Awards. We included very different tracks, from the 6-year-awaited “Make Your Mind Up” to the brilliant Jamie xx cut of “On Hold”.

Our fans chose MYMU, a wonderful piano house track from 2011 updated to 2017 by from the expert hands of Axwell and NEW_ID.

[/vc_toggle][/vc_column][/vc_row][vc_row][vc_column][vc_toggle title=”Best EDM label”]The Groove scene includes some legendary labels such as Size and Axtone, and recently established ones like Sosumi, which was the very first one specialized in “groove” as we mean it now.

However, this year has been marked by the return of Size Records after almost a year. With a new brand identity and focusing on uprising talents such as Corey James and Highly Sedated, the label founded by Steve Angello made its way back in the scene in a great way.

[/vc_toggle][/vc_column][/vc_row][vc_row][vc_column][vc_toggle title=”Best Underground label”]This poll was the hard-fought one. Anjunadeep and Defected had both an amazing year, so it was all a matter of personal tastes. Also Toolroom received a lot of votes.

In the end, Above & Beyond’s label won just for a handful of reactions. Defected fans, don’t worry, next year will be the year! For now, enjoy this selection of the best Anjunadeep releases.

[/vc_toggle][/vc_column][/vc_row][vc_row][vc_column][vc_toggle title=”Best upcoming label”]Despite not being a proper Groove label as we mean it, Sebjak’s Bibliothèque Records had an exceptional year, releasing unique music, a hybrid between tech-house, progressive and proper techno. The same fans who enjoyed “GODS”, “Kumasi” and “Everything” immediately fell in love with the new musical path of the Swede when he launched the label in late 2016 together with Alex Norling. Thanks to the quality of the releases, Bibliothèque has established as one of the best newcomers in the dance music industry.

We would like to thank all the people who spent a minute for voting: The Groove Cartel is all of you, passionate people who keep supporting us throughout the years. We look to 2018 as the game-changing year for us, so stay in touch and keep spreading the Groove.