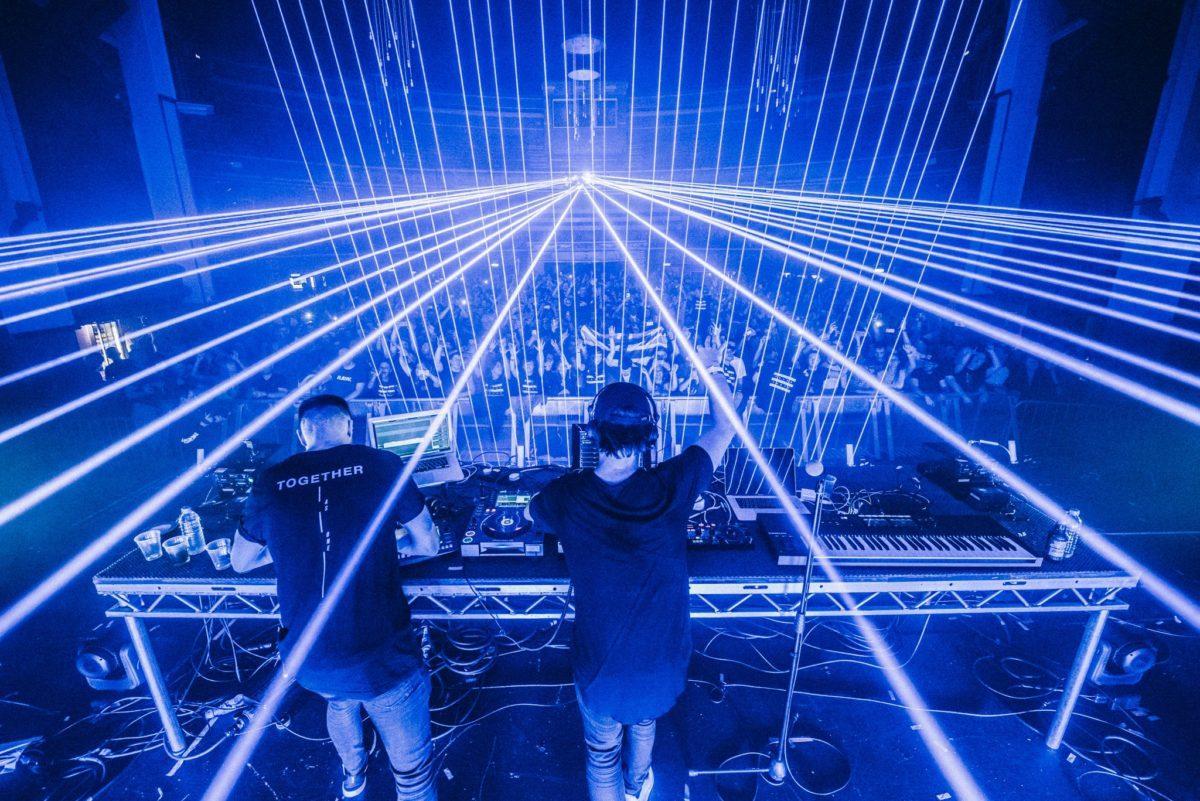 When talking about progressive house, a couple of names immediately come to mind; Third Party is definitely one of them. With their incredible signature sound, made of melodic progressions, euphoric drops, and soft and gentle breakdowns, Third Party have conquered a lot of fans’ hearts; whether we like it or not, we’re one of them.

Launched in the international panorama thanks to Steve Angello’s SIZE Records in 2010, Third Party continued to improve and work on their sound since then. With the launch of their Release imprint and the publication of their first album, “HOPE“, it was clear that the UK duo isn’t one who jumps from genre to genre, remaining faithful to its’ sound.

‘TOGETHER‘, released this Friday, features nine tracks from festival anthems to the more intimate ones: the album is definitely a joy for your ears.

After receiving such meaningful and inspiring feedback from our debut album HOPE, we wanted to jump right back into the album process and create another body of work that we can be proud of. – Third Party

Before jumping into ‘TOGETHER‘, we would like to take a moment to admire the cover art. A closer look at the title reveals a mosaic of over 800 photos sent in by fans, literally coming together to create the visual. If you’re one of the 800 people who has sent their photo, you can check where your photo is located on Third Party official site. 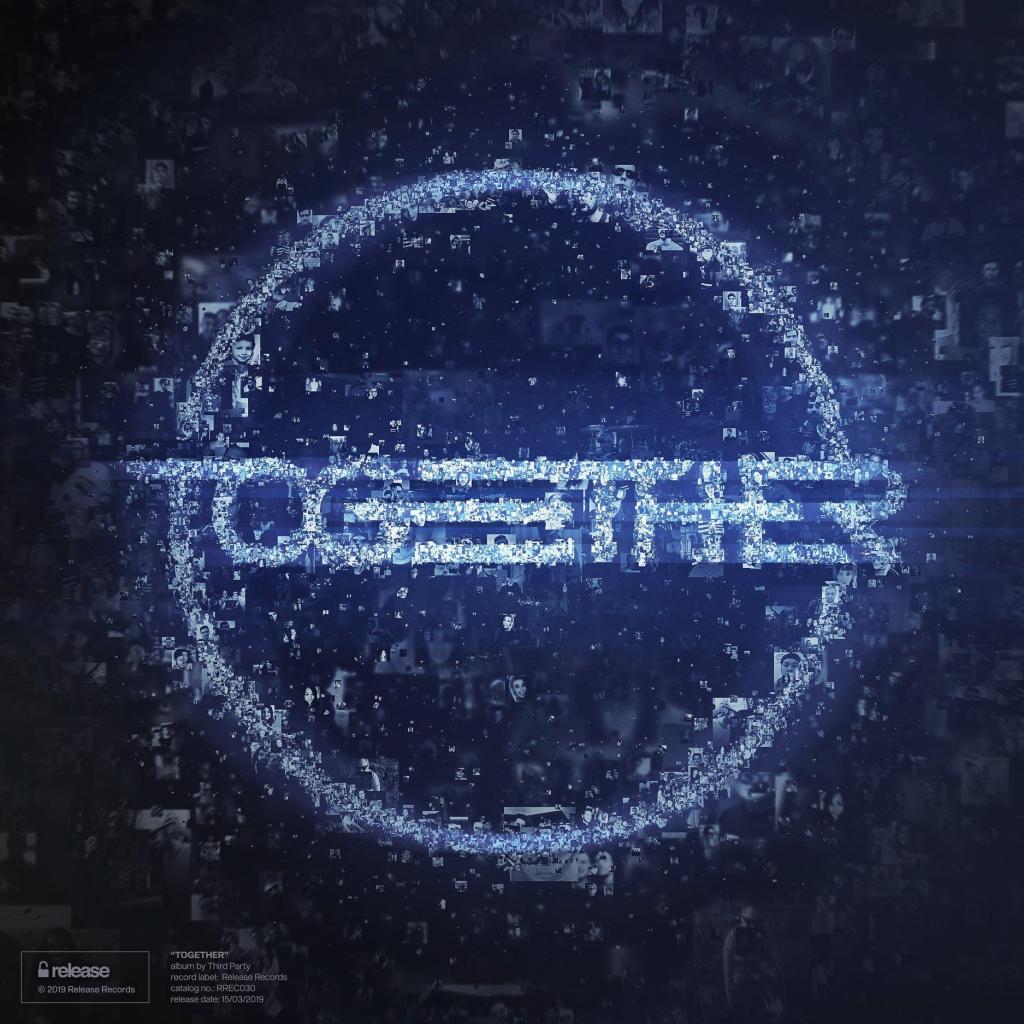 ‘Higher’ is the opening track of ‘TOGETHER’, as well as the intro the duo uses to open their set. Kicking off with a soft piano melody that gently rises and opens up into a euphoric crescendo of emotions, ‘Higher’ finally drops in a very clean but effective drop where dominated by the kick-snare percussive rhythm.

Released at the beginning of last year, ‘Free’ is one of the iconic track of the album. Featuring the classic Everybody’s Free vocal sample by Rozalla, you can do nothing but sing it loud once played on the live show.

‘Remember’ may sound “similar” to the others but, this time the vocal is performed by 1/2 of Third Party who also performed it live during their own LIIIVE show in Liverpool. If the vocal is probably the greatest part of ‘Remember’, let’s not forget the incredible drop, made of uplifting melody and euphoric percussions. The track is also the last released by the duo in 2018.

We’ve now reached the title track for the album. ‘Together’ features yet another incredible vocal driven, this time, by softer vibes; with a cleaner kick that keeps the tempo, ‘Together’ slows down a little bit from the previous three records. More focused on the melody, the track stores its power to the top synth melody and the vocoder-processed vocal.


It’s now the time to “light up the ‘Shadows’ in the night.” Featuring Third Party signature kick+snare sound, ‘Shadows’ introduces a very clean arpeggio that rapidly turns into a pure progression of melodic vibes. To enrich even more this tune, the duo has featured an incredible vocal on top.

‘Midnight’ is the 6th record of TOGETHER. Featuring a retro-inspired synth on the melody, the progressive pair spins their unique and modern twist across the release. With its punching percussions and the catchy chords, ‘Midnight’ creates a beautifully fluid-like, genre-crossing sound.

Released last year, ‘Come With Me’ has become rapidly a fan favorite thanks to the euphoric drop and the melancholic vocal. If every single song on the album has its unique sound and melody, ‘Come With Me’ is the one that will stick in your head to never leave again.

‘Falling’ was released last week and it’s the last released single before the album. Brimming with an exhilarating kaleidoscope of rushing synths, warm, euphoric vocal lines, and driving percussion, ‘Falling’ is Third Party in their absolute dance floor element.

Last but not least, ‘Northern Light’. According to me, this is the best one of TOGETHER. Sung, again, by Harry Bass, the tune is what I define the “Grand Finale”. It’s not a coincidence that the duo has chosen ‘Northern Light’ as last track of their LIIIVE show.

Third Party next shows and tour

Always faithful to their sound, Third Party have released yet another outstanding studio album, bringing fans TOGETHER under a single flag.

We think TOGETHER not only puts a stamp on what our identity is as Third Party, but it’s the nearest we have come to expressing who and what we are as artists. From the euphoric uplifting progressive melodies and harmonies, to the very UK based vibe with the use of sampling old vocals, it’s the blend of these different styles that we hope creates our unique sound. – Third Party

The duo is currently on tour in Japan. They will play Ministry Of Sound in April as well as A Summer Story, Nameless Music Festival and Creamfields t his summer.Their incredible and unique show, LIIIVE, has been premiered last February in Liverpool and we’re sure to see it again in the future.