What Top DJs Do to Chill Away from the Decks

As lunacy is never far away, many disc jockeys take up extracurricular activities that might surprise you.

Although 2020 will have been something of a blowout for most DJs and their respective residencies, their usual jet-set lifestyle rarely leaves much time for rest and relaxation. However, every music workaholic knows that without a hobby to distract them from the never-ending beats and bass, lunacy is never far away. This has led to many disc jockeys taking up extracurricular activities that might surprise you. Here are some of the best we collected, slapped on the turntable and set spinning.

Playing Games Instead of Spinning Tunes

One of the attributes that separates the greatest of DJs from their average counterparts is their innate ability to think on their feet and to improvise, depending on what the crowd they’re playing to need at any given time. There are some DJs who love the thrill of problem-solving so much that they’ve taken it into card game rooms the world over, even playing gigs at festivals and events closely tied to such games, no doubt in exchange for free entry into the next day’s big tournament field. Some DJs known to mix it with the high rollers are Grammy award-nominated and winning artists Steve Aoki, DJ Zedd and Roger Sanchez. Aoki even holds what have become infamous private poker games that take place during the Holy Ship music festival. Not to be outdone, Zedd and Sanchez have played at PokerStars tournament after-parties. Some notable female DJs, who also masquerade as poker pros, have even previously been photographed to appear in Sports Illustrated thanks more to their prowess on the felt than their skills on the decks.

Revving Engines Away from the Decks

DJs are well used to firing up a crowd, but superstar DJ and Ibiza icon Carl Cox likes to spend his spare time revving high-performance motorbikes as well, having founded his own racing team called Carl Cox Motorsport. Having formed the team back in 2013, the DJ has never looked back and can regularly be seen in pit lanes all around the world, willing on his machines. While Cox is more interested in two-wheel thrills, Dutch DJ and Producer Afrojack is all about four wheels, building a collection of cars in his native Rotterdam that wouldn’t look out of place in a sultan’s garage.

Flipping Burgers Rather Than Records

In 2012 Rolling Stone declared Seth Troxler one of the 25 DJs that ruled the world, and when the man from Lake Orion, Michigan isn’t conquering hearts with his sets, he’s cooking up a storm at the East London (UK) restaurant he owns by the name of Smokey Tails. The DJ opened the meat restaurant with a DJ set, and his team of chefs have been serving one of the best bottomless brunches in the English capital ever since. Meanwhile, Glaswegian techno genius Alan Fitzpatrick likes to whip up his very own batches of homebrew craft beer when he’s not got headphones on. The DJ likes nothing more than chilling with a beverage of his own creation, while petting his English bulldog, Bentley.

Music has always been inextricably connected to fashion, so it’s no surprise that plenty of DJs have an interest in the industry, which stretches beyond making the odd trip to the high street stores. Swedish DJ La Fleur is one such musician who has branched out into the world of clothing, creating her own line so that, for a price, fans can get a little closer to looking as glamorous as she does. Other DJs who wanted their names etched into your underpants’ label include DJ Snake, Sian and Black Coffee to name but a few. 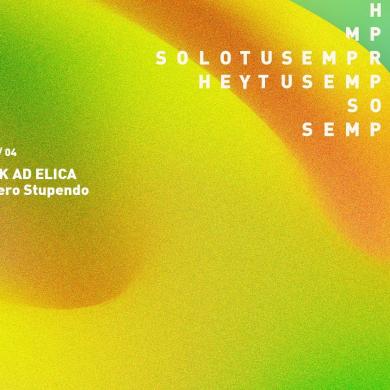