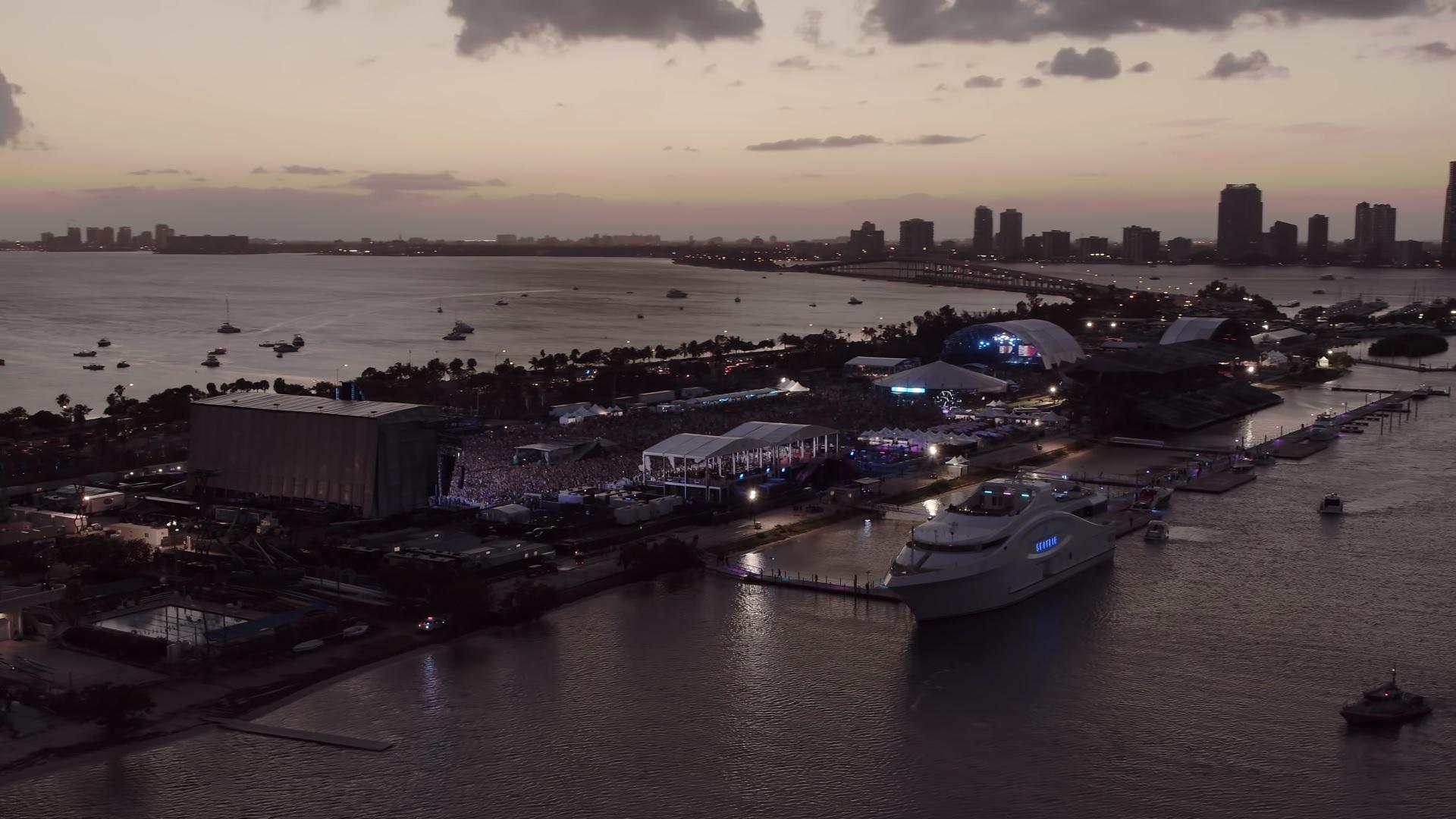 Why Ultra Miami should remain on Virginia Key Island

A lot has been said about Ultra Miami been relocated from Bayfront Park to Virginia Key Island. Our opinion in details.

This, though, is only the end of the story. You may know that, in December, Ultra Miami has seen the impossibility to renew their contract for the use of Bayfront Park as a venue for the festival. After long negotiations with residents and the city of Miami, Ultra moved its home on the Virginia Key Island.

Complaints were not long in coming; from the location, way further away from Miami downtown and connected with only a 3 lines road, to the environmental impact to host a music festival in such a place, there were a lot of questions.

Nonetheless, we think that Virginia Key has been a better venue than Bayfront Park; that’s why!

For a faster comparison, you can go to Google Maps and, keeping the zoom fixed, move from Bayfront Park to the new festival are at Virginia Key. You will surely notice the bigger area available.

Bigger means better? There are pros and cons.

With a bigger area, you can move easily around the festival ground without being constantly packed in a stage or another. This year at Ultra Miami there were tons of space too chill out or just rest before starting to party again. An example was the big meadow in front of the Reflector stage where you could lie down still enjoying the vibes.

This huge space means, though, you need to walk (a lot). For the first time, RESISTANCE (Ultra’s underground music environment) took place in a new dedicated area called RESISTANCE Island. Linked with a 1.3 miles path you needed at least 25 minutes to travel point to point. This huge distance kept away from RESISTANCE people don’t really interested in the music genre but, on the other hand, has limited a lot who wanted to follow artists in both areas. 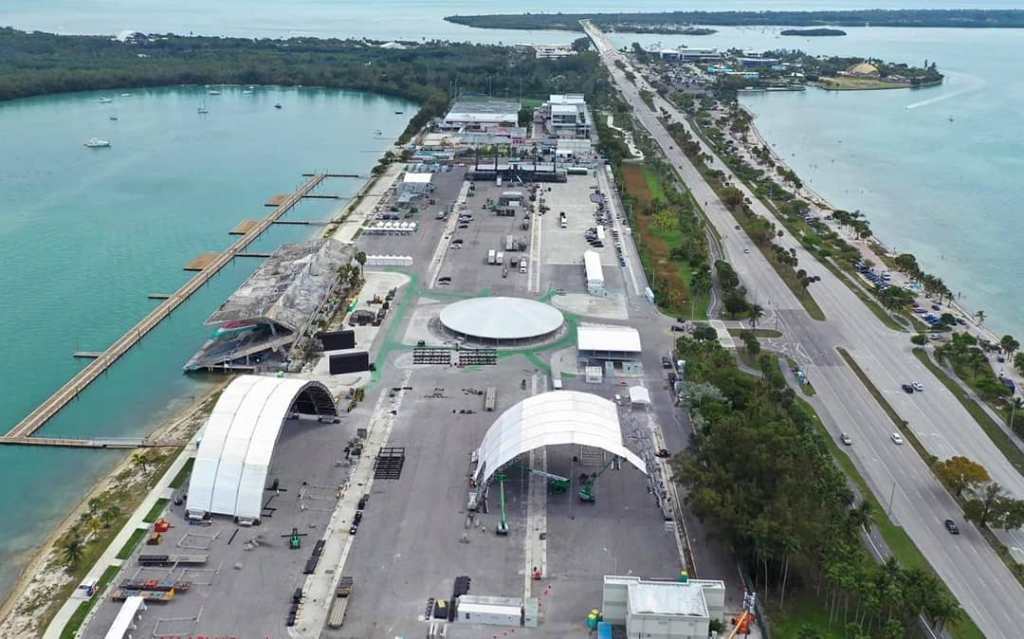 Luckily, Ultra Miami has spread speakers all along the connection route between the two areas letting attendees enjoy the music even when they were moving from the Marine Stadium to the RESISTANCE Island.

The distance of the two locations from residential areas has let Ultra Miami delay the closing time until 2 am. To facilitate even more leaving the Island, Ultra, during day 2 and 3, kept the UMF Radio stage running for almost another hour, letting attendees stay on the festival ground longer.

Worth a mention the huge bars and foods system. Besides the variety of drinks and foods, lines were, in most of the case, short and fast.

Transportation to and from Virginia Key

With only three-line road connecting the Island to the mainland, moving 70.000 people to and from the festival area was a problem. For sure, at the end of Day 1 Ultra failed with its shuttle buses service forcing people to move on foot to get back home. The consequence was tens of thousands of people on the Virginia Key bridge, most of the time actually blocking the traffic.

From this first description you may think we are talking about some Fyre festival organizer, but no! In less than 24 hours, Ultra Miami, with the help of the local law enforcement, has figured out a way to move all the people in a short time to the various hubs on the mainland.

Even if you wanted to stay until the very end of the festival, with only half an hour in line you were on a bus heading back home.

Ultra 2019 has been the first Ultra at Virginia Key, moreover planned in around 4 months or so. Even with 20 years of experience, people fail but, the point here is that Ultra in, really, no time, has figured out a way to fix and hugely improve the service.

Another thing not really mentioned is the shuttle buses is that the City of Miami kept the Metromover open 24/24 for all the three days of the festival.

With people moved by buses and spread on three different Hubs far away from each other, the noise and problems of 70.000 people getting out at the same moment at Bayfront is just a memory.

With a massive operation called Mission:Home, Ultra Miami has managed to reduce its environmental impact on the island, delivering a sustainable festival.

With an entire division of people that have constantly keep the festival area clean, helping costumers to use the right trash bin and recycling the waste produced by the festival, Ultra Miami 2019 has been the most eco-friendly big festival production in years.

The festival has also teamed up with local foundations giving away free festival passes to volunteers clean up groups. A great example has been Sam Feldt’s Heartfeldt Foundation.

This year Ultra Miami has also used a specific layout for its stages, minimizing the impact of sound noise on the local fauna.

Even with some problems on day 1, Ultra Miami has managed to fix them all delivering the greatest festival experience you could have had.

Long story short, Virginia Key, with its marine Stadium and the Historic Beach Park, provides a bigger and better environment with better services for a music festival. With a perfect managing of the transportation system (day 2 and 3) and special care on preserving the biodiversity and the environment of the Island, Virginia Key is the ideal location for Ultra Miami. On top of that, the festival location is far away from the residential areas.

We hope that the city of Miami will keep Ultra Miami at Virginia Key also in 2020 for another successful edition. 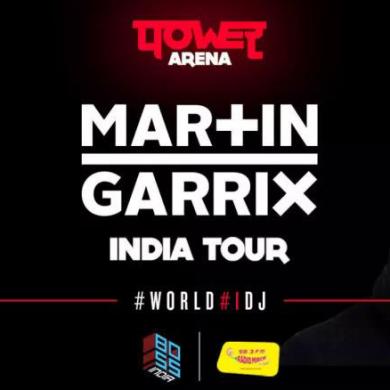 Martin Garrix is all set to perform in India this December
This website uses cookies to ensure you get the best experience on our website: Find out more.