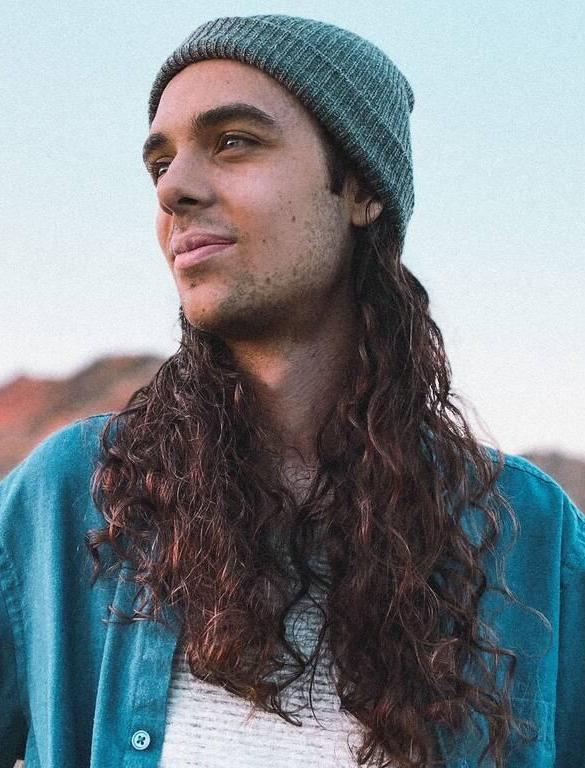 With his sophomore EP, ‘Between The Lines,’ Ekonovah returns to Insomniac’s IN / ROTATION imprint, bridging the gap between meaningful songwriting and dancefloor-pleasing grooves.

The Phoenix-born house producer has always wanted to carve out his own niche in the dance world. His productions instantly ticked that box due to their one-of-a-kind sonic identity. Nonetheless, his distinct sound has become even more distinct since deciding to build around his own vocal work. Ekonovah’s new EP is the culmination of these two skills intertwining on a body of work.

‘Between The Lines’ is a really important record for me. Starting to sing on my own tracks was something easier said than done. Creating something with compelling songwriting that also belongs on a dancefloor often feels oxymoronic, but that challenge is also the fun of it. The title track, I think, does an amazing job at blending these two worlds. – Ekonovah

The three-eponymous tracker’s offering, “Between The Lines,” earned that honor by fully embracing the intersection of his strengths. His haunting topline tries to solve the mystery of a frustrating breakup with a fading love interest. A tumbling, idiosyncratic rhythm attempts to untangle the mess in its own way, matching the intensity of the vocals through a gripping combination of rolling percussion, quirky stabs, cooing textures, and Ekonovah’s signature bass house buoyancy.

The lead single, “See It Through,” has been making the rounds since its initial release in early March. On it, he teams up with fellow label regular Qlank to create a moody, low-slung bass house number that plays out as the perfect fusion of the two bassline specialists.

“Sycamore,” a track that has been a standout ID in his live sets, is sandwiched between the aforementioned cuts. Moreover, for obvious reasons. It’s emblematic of the straightforward party-aimed grooves he initially built his name on.


I have a particularly fond memory of ‘Sycamore’ because it was the first track I played when live shows came back after COVID had interrupted music events. – Ekonovah

Ekonovah has a close relationship with the IN/RO crew, having released one of his early records, Medicine, with another familiar face on the label NOISES. He’s made numerous appearances along the way, including his ‘The Beginning‘ EP last year, an apt title for his first foray into incorporating his own voice into the equation. As an early adopter of his sound, it’s great to witness first-hand how far he’s come throughout his musical journey.

Releasing music with IN / ROTATION is always a pleasure. My team and I have been working with them since the early days of Ekonovah and they’ve been there for some of my biggest releases, including the new EP! – Ekonovah

Ekonovah’s new EP ‘Between The Lines’ is out now on IN / ROTATION.