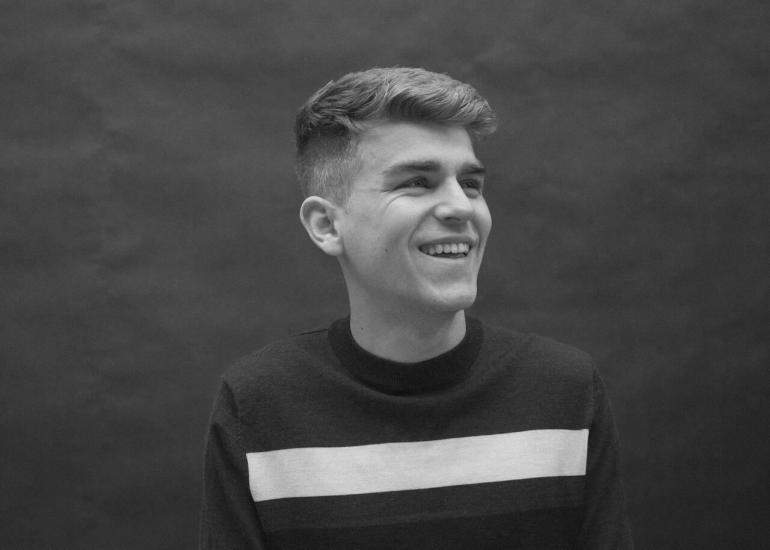 Elliot Fitch drops fantastic disco-house ‘The One’ via Be Yourself

‘The One’ also pays dues to a hot late 90s period of soul-shaking gems a la Junior Jack, Roger Sanchez, Soulsearcher and anything bearing the French touch.

The Netherlands-based DJ and producer Elliot Fitch just dropped an incredible feeling-good disco-house single, The One via Be Yourself Music.

Because it’s all about the groove with Elliot Fitch, you instantly know that ‘The One’ could be just that when the Eindhoven producer’s glitterball begins its latest swing towards paradise. Glammed up and glorious, ‘The One’ is a filtered disco-house love-in, full of 24 karat strings, and a bassline that’s stern yet supportive and ultimately too damn funky. Lower down in the mix, a supporting cast of frisky horns and feelgood guitar twangs and keys, plus vocals happily swimming in the vibe, help the unifying feel of ‘The One’ looking out for each and every dancefloor diva and don.

Not only taking it back to disco’s golden era of getting on down – showing an experienced head on Fitch’s youthful shoulders – ‘The One’ also pays dues to a hot late 90s period of soul-shaking gems a la Junior Jack, Roger Sanchez, Soulsearcher and anything bearing the French touch.

The versatile Elliot Fitch has already made significant strides in his short time getting straight to the heart of the dancefloor: so far Maceo Plex, Claptone, Sam Divine, Low Steppa and Steve Lawler have all given their sets some Fitch-produced impetus. You may have heard about it a long time ago as we featured Elliot back in 2018 when he released the Shake EP on Flamingo Recordings. Recognition rising with releases on Toolroom, Glasgow Underground, Nervous and Be Yourself offshoot artwrk, all make a case for Fitch control becoming standard on turntables for 2021.

Stream and download the full track here or below.