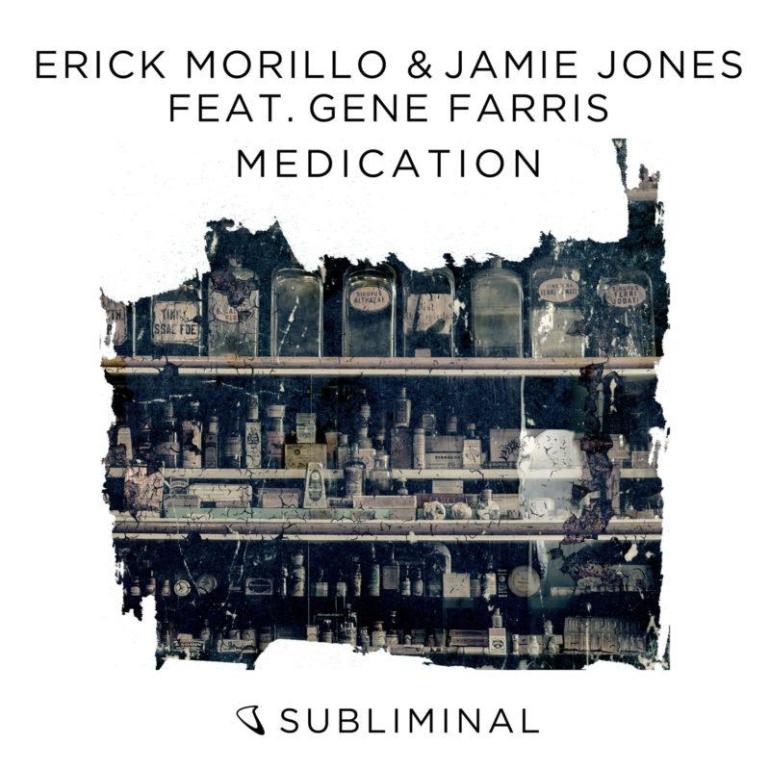 [vc_row][vc_column][vc_column_text]From the hottest house and techno party around the world, Erick Morillo and Jamie Jones have joined forces for ‘Medication’ currently out now on Subliminal (Armada).

‘Medication’ is the exact definition of groove: a stellar track made to get you on your feet to twist and dance like never before. Featuring grooving basslines, a provocative eponymous vocal sample and a breakdown primed for the huge gigs ‘Medication’ is the ultimate club weapon in the underground scene. The record offers you the perfect dose of house and techno music thanks to the incredible mixes of percussions, synths, and top melodies.

Erik and Jamie’s record was massively played in Miami a couple of weeks ago during the Miami Music Week and we are sure we’ll listen a lot in the future with the festival season at the gates. The record was also dropped on BBC Radio 1 by Danny Howard as well as on Pete Tong’s Essential Selection.

Erick Morillo is a truly multi-talented artist; since starting to DJ at the age of 11, he͛s become a platinum-selling producer, held an incredible 13-year-long residency at Pacha Ibiza, hosted an MTV TV series, and DJed at some of the most historic clubs in the world – the Hacienda, Cream at Nation, The Cross, and Turnmills in the U.K. alone. His legendary label and event series Subliminal has now been running for almost 20 years and continues to redefine house music today. Erick also recently relaunched sub-labels SONDOS and Subliminal Soul.

Originally hailing from Wales, Jamie Jones has become synonymous with the sun-drenched sounds of Ibiza and L.A.. As head of the game-changing label Hot Creations, he has overseen and released some of the biggest dancefloor hits over the past half decade. Jamie’s Paradise party series is one of the biggest success stories in the scene, with every party featuring festival-sized lineups and selling out to a diverse crowd each week throughout summer at the DC10-based Ibiza residency. The party has confirmed its return to the White Isle in 2018, marking an incredible seventh year of the residency.