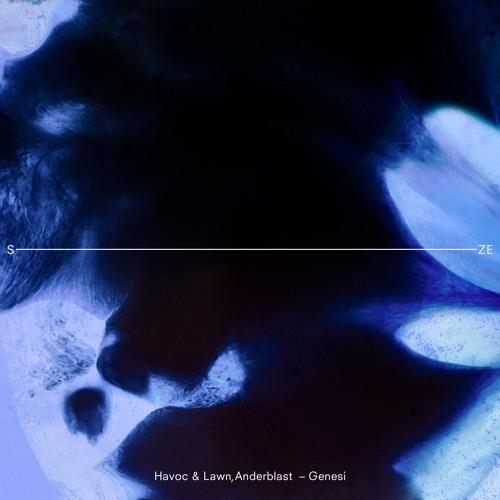 Today SIZE Records releases ‘Genesi‘, the long-awaited collaboration from the Italian duos Anderblast and Havoc & Lawn. Both are from the Emilia-Romagna region, the homeland of Benny Benassi, Nari & Milani and many other world-famous producers: there must be something special in the piada.

Since we are pretty close to the guys (Havoc & Lawn interview here), we asked them to have a double interview to deepen the track’s realization.

How did the ‘Genesi’ project born?

Anderblast: It born randomly, we always used Cubase, then one day in the studio we decided to try Logic: the track developed almost by itself, we had a great feeling with it. It was amazing!

Havoc & Lawn: The first time we met in the studio the goal was to merge our different styles in the best way possible: the initial project, in fact, was a tribal project, very far from the final result. After some studio sessions we realized that the result wasn’t up to our expectations, so we decided to restart it.

How does it develop?”

Anderblast: We started to analyze Logic’s internal samples, figuring out how to use internal VSTs and plugins; we found some interesting stuff, so we developed it. At the time we were already working on a collab with Havoc & Lawn, but when we met in studio we let them hear the ‘Genesi’ project draft, so we abandoned the previous project to develop it

Havoc & Lawn: The guys sent the initial idea via a 15 seconds Whatsapp audio: it was the ‘Genesi’ intro, a straightforward idea that they just started. They asked us what were our thoughts on it, and if we were interested in working on it. After some studio sessions, we finished the track’s structure, while the hardest part was finalizedd it because we are both very meticulous in choosing the single elements and sounds. Despite that, the result is satisfactory.

‘Genesi’ is very different from both your musical styles: what led to its creation?


Anderblast: As we said before, ‘Genesi’ born by chance, experimenting. When you’re a new producer, you tend to make stuff that record labels would like, so there’s a lack of creativity and originality. On the contrary, ‘Genesi’ is different: we were focused on this new sound, our new sound. We felt that the record was going in the right direction.

Havoc & Lawn: When we started to work on ‘Genesi,’ we were focused on tribal stuff, but we already had the idea to move into tech house, experimenting new sounds. So, we consider ‘Genesi’ the dawn of our new style: working on this track makes us realize that it was the right path to follow.

How does it feel to sign a track on SIZE Records?

Anderblast: It’s a great feeling. We are very proud of our work because SIZE is a respected label and signing a track on it has always been a goal since we started producing.

Havoc & Lawn: After we finished the track, we have begun thinking about where to release it. ‘Genesi’ has a very particular sound, so there were very few choices (SIZE, Code Red). We had never thought SIZE to wrote us back three days later with a signing proposal! It was an indescribable feeling: being part of this family is a great goal for us, hoping it’s the first of many others.

Do you have any other collaboration in the making?

Anderblast: Yep, we have an edit we did for Xaver on WOOF Records, label owned by our friends Nari & Milani and our manager Riccardo Tesini. Then we have some projects to finalize with other artists, but first many Anderblast singles. We look forward to releasing a lot of quality music, which is all that matters.

Havoc & Lawn: We have some singles ready that you will be able to listen to soon, but we will surely meet with Anderblast again, since our workflows match pretty good. Who knows, maybe a follow-up.

We would like to thank Riccardo, Simone, Phil and Ricky for their kindness.