Gianni Blu debuts on Spinnin’ division SPRS with ‘Work It’ 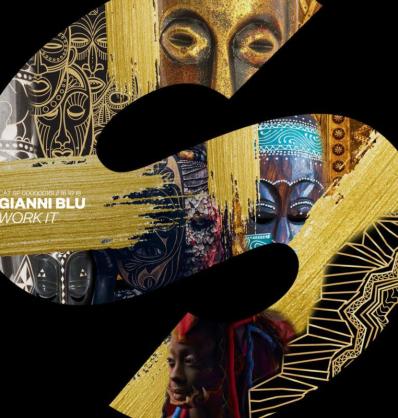 Italian-Haitian artist Gianni Blu debuts on Spinnin’ division SPRS with ‘Work It’ a infuse of groovy rhythms and carnival vibes.

Kicking off with an incredible rolling percussive rhythm made by shakers, toms, and high-quality snares, ‘Work It’ rapidly jump into a Brazilero carnival inspired drop with ethnic vocal loop and wide and massive bassline. A soft flute is injected into the breakdown creating a hypnotic momentum. With the percussive progression ‘Work It’ explode in an insane second drop entirely driven by a heavy and powerful bassline, all expertly mixed with rolling percussive rhythm.

Spinnin’ SPRS division is renamed because it’s out of the box production, far away from the mainstream on the main label and this ‘Work It’ it’s a true example.

Italian-Haitian artist Gianni Blu is a 24-year-old DJ/producer and songwriter based in Chicago. Gianni is known for fusing elements from multiple genres resulting in a culturally transcending sound that is rooted in his European and Caribbean background. His DJ sets are known for mixing house and hip-hop/trap elements into a dynamic, high energy performance. Gianni Blu has been charting on Global Viral 50 and USA Viral 50 playlists.

Released last week, Gianni Blu ‘Work It’ has already received a massive support worldwide with plays on Spinnin’ ADE Night Mix, Swanky Tunes, Rob & Jack, Gregor Salto, Dannic and tons more. The record is currently out now worldwide and you can save your copy or check the stream below.[/vc_column_text][vc_video link=”https://www.youtube.com/watch?v=f1SVpEmFuVA” align=”center”][/vc_column][/vc_row]