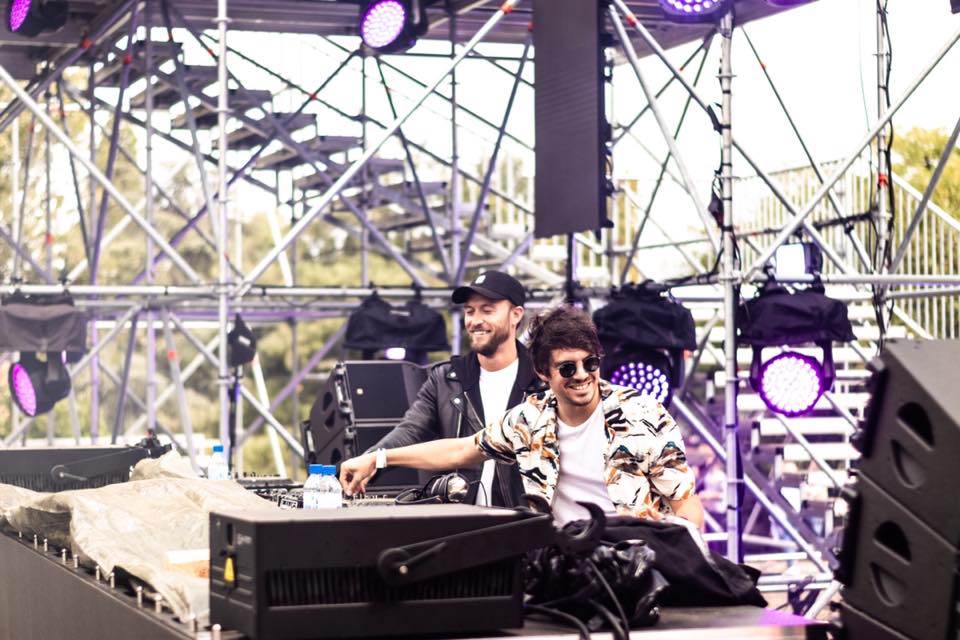 With more than 14 years of career Arno Cost and Norman Doray have something to tell about the music industry and their music released over the years.

If you have followed the electronic dance music scene in the last years, you surely have heard about Arno Cost and Norman Doray. All the way from France, both of them have shaped the “progressive house” music genre in the years between 2012-2014 becoming respectful DJs and producers.

With more than 14 years of career, a lot of music released on the biggest music label, gigs and shows all around the world including headling the biggest music festival of the globe, Arno Cost and Norman Doray have something to tell about the music industry and their music. We have talked with them for a very detailed interview.

Arno Cost and Norman Doray about their projects and music

We sat down with both of them and asked some questions about their solo project as well as their path as a “duo”.

It seems you have known each other for a long time; the first version of Apocalypse came out 13 years ago. How this collaboration with you two started?

We were stuck in the South of France, we just had a gig together and were supposed to stay for 5 days to enjoy the beach, etc, but a big storm kept us inside a tiny apartment for the whole time, so we decided to make a track together. We made it on a shitty laptop with just a few plugins, but the inspiration was there! In 3 days the tack was made, and we decided to call it APOCALYPSE because of the crazy weather!

How has being raised in France benefited you (or disadvantaged you)? I mean, there are countries that help people who want to pursue a musical career and others that not so much. How was your experience?

France is an amazing country for art, such as music. There are so many talents and influences, especially in Paris where electronic music has always been big. We have spent our teenage years going to clubs, listening to our favorite DJs and started to play in famous places like Queen Club on the Champs Elysées. It was an amazing experience and we could say living in Paris has played a big part in defining who we are, and what we like now but on the other hand, France doesn’t really help entrepreneurs, people who just want to do their own thing. Social taxes are just insane, so it’s not always been easy…

Over the years you’ve produced a lot of records together and you seem to work very well as a duo; have you ever thought about starting a new “project” or “alias” as a duo?

We have some projects in mind, but we don’t think it’s gonna be as a duo. People know us as Arno Cost & Norman Doray with our actual releases, and we don’t see the point changing our name to make the same music!

Again, having started working together more than 10 years ago, you’ve seen a lot of changes in the industry; how would you describe the nowadays panorama compared to the early days?

First, the competition now is insane. There are so many producers out there, learning how to make music with tutorials, etc. We see a lot of new talents emerging every month, that’s crazy. It forces you to work even more, not rely on what you’ve done before and always move forward.

The industry has also changed a lot with social media, and we can notice now that it’s almost more about your image and Instagram posts than music. Amazing music producers who make amazing music sometimes have an empty gig scheduled because they don’t like socials and stay away from them. I think the audience always needs and wants more, and music is not enough anymore. To succeed, every musician has to be an « influencer » nowadays and to be honest, we truly regret that; that’s not the reason why we chose to become artists…

You released Together on Positiva and now Darlin’. How were they born and, can we consider one the following up of the others or do you consider two separate productions?

After a break in 2018, we wanted to come back with some fresh material, fresh mindsets. Together was the first record that showed our new music direction and also our new partnership with Virgin/Positiva. Darlin’ is our second record with them, and we wanted to show even more our new direction, something closer to our roots, disco, funk, French touch. It was important to show people we are not making progressive house anymore

Have you ever thought about making an album together? And what do you think about album in general in the dance music scene; is it still worth it for the workload?

It has never been in our mind since we started music together but having such a good relationship with Virgin/Positiva made us change our minds. That’s something we are now considering doing. If we would do it, it would be for us first of all, to at least have the chance to know the experience of making an album. It is important for an artist.

Any plans for the future? We’ve seen you’re on some big lineups for the MMW (this question was made before the fast spreading of the Covid-19 pandemic)

This MMW was a good one for us, with many interesting shows, with nice friends. But due to the virus situation, we had to cancel everything


Mental health has been a topic largely discussed lately (finally); have you ever reached a point where you wanted to quit everything maybe because of the continuous traveling, fans asking for new music, etc? Or have you always been able to have a balance between work, touring, new music, family, friends, etc.

We would be lying if we would say we never thought about it. This business is tough, really tough. So many hours in the studio, so many hours on the road, this can be exhausting but that’s why we have decided to take a break for more than a year, which seemed to be better for us than quitting. It is still our passion and the joy to share music with our fans worth all the efforts in the world, but only if we have something to say, only if we don’t feel forced

Norman Doray about his early days, the music on SIZE and his signature sound

After the first session of Q/A with both of them, we have asked some specific questions. Below the interview with Norman Doray.

You started your career long ago; your first tune was released in 2007. How did you get started and why did you decide to produce electronic music and not another genre?

I think my first song was actually in 2005 on a pirate label called Disco Galaxy. I was still learning how to make music and releasing my first song was a big deal! I didn’t really decide to produce electronic music, it was a natural thing to me. I always listened to disco, funk, French touch as a kid/teenager, for that same reason, the only thing I wanted to do was to make my own records

You were one of the first artists to release on the newborn SIZE Records in 2010 and it has been a collaboration with Avicii; how you end up working together and releasing the record on SIZE?

Yes, that is true. Size back in the days was a big deal, a label owned by Steve Angello, who is a friend and also a big influence for me at that time. It was an honor to be able to sign some records there.

Concerning Avicii, it is still hard to talk about him, I can’t still process it. I met Tim around 2009, and since that day we became friends, spending countless amazing moments together around the globe, not only as DJs but also as buddies. It felt natural that we wanted to make music together, alongside Sebastien Drums, another good friend of us. We locked ourselves 3 days in the studio in the south of France, and ‘Tweet It’ was born! This record was made for the clubs and Size Records seemed to be the right fit for it at the time

During these years you continued to develop this hard-electro sound becoming an actual SIZE artist; Strongs was a big success back in time. How have you lived through this period of time? Now we tend to talk about it as the golden era of electro-progressive

It was such a nice period, a lot of excitement around that sound indeed. However, when Arno and I came with Strong in 2014, it was already showing a slight turn in our musical direction. If you listen carefully to the record, with that funky bassline and these disco violins, we were already trying to move away from the EDM movement that was not our cup of tea. Music became too hard and soulless for us

Have you ever tried to produce something completely different?

I’m always trying to experiment with some stuff, but more as a hobby. I don’t want to feel any pressure releasing music if I am not 100%

We set down with Arno Cost as well and this is what he told us:

Your first track on Spotify was released in 2006, 14 years ago. How did you end up following this career and why?

When Magenta came out, I was still in my medicine studies. My parents were really scared to see me going in this industry and make a living on music. But the success of this song was so big that when I received my first royalties check, they realized I could maybe be good at this! In my head, there was no doubt, music was my whole life, and it still is, and there was no way I would do another job!

You had a little break between 2016 and 2019. Could you tell us what happened? Needed to recharge your batteries?

I had the feeling I really needed this. My career went to a point where I didn’t recognize myself in the music I was releasing in 2015/2016. I think I made those songs with my head (make sure it gets released and get royalties) and not with my heart anymore. I was also tired of touring every weekend, away from my friends and family. So, I decided it was time to stop and have a break, to come back fresh! I now make the music I love, and I don’t care if people like it or not.

You seem to be the more melodic and progressive guy in the duo; have you had a passion for this kind of sound and have you ever tried to produce or actually produce something different (in terms of music genres)

I’ve always been a huge fan of melodies, the kind of thing that makes you dream and gives you goosebumps. When I was 14, I listened to a lot of Trance or Eurodance music, everything that had melodies in it. Then I discovered the groove with Daft Punk, the French touch, Kerri Chandler, Joey Negro, etc…So that’s why I’ve always tried to incorporate emotions and melodies in my music and trying to keep some groove at the same time. I have produced a lot of other genres, but they are on my computer, and a lot of them are not finished. My Arno Cost career already takes me too much time!!