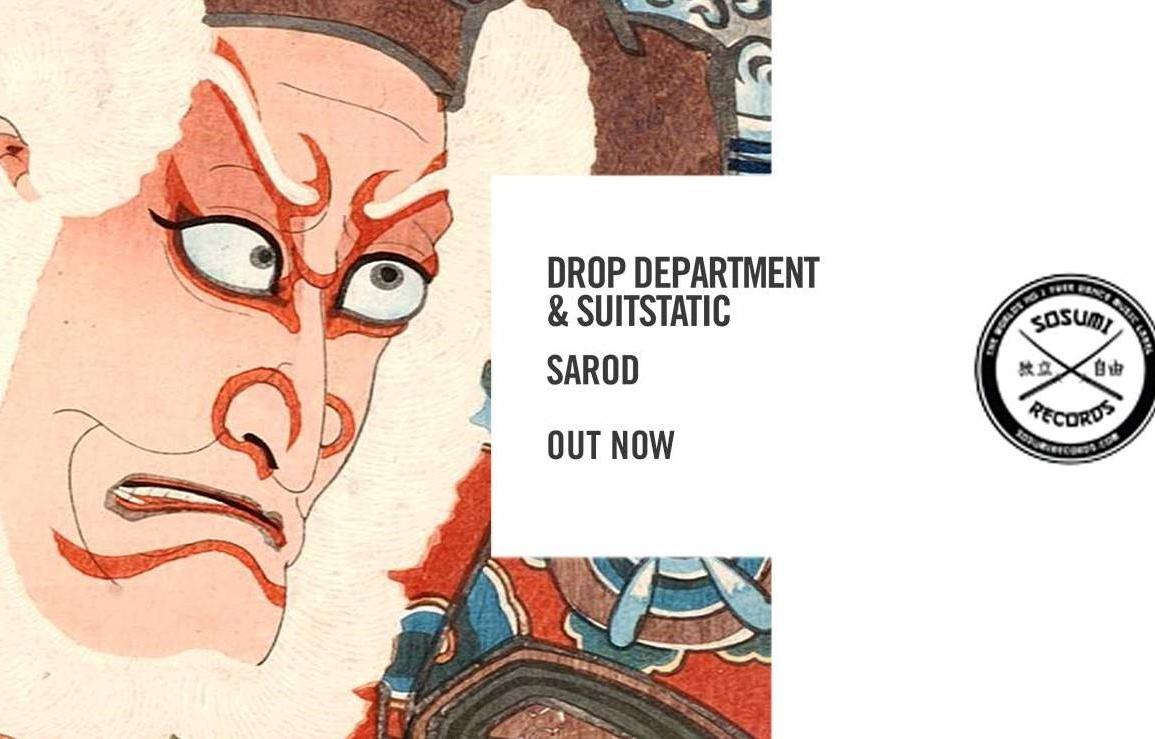 ‘Sarod‘ has been played a lot by Sosumi’s boss Kryder.

It has gained support from names like David Guetta, Benny Benassi, Promise Land and many others.

As many of you may not know SuitStatic, we are pleased to have a chat with him. Below you can find discussions about ‘Sarod,’ SuitStatic’s musical background and much more.[/vc_column_text][/vc_column][/vc_row][vc_row][vc_column][vc_toggle title=”Who are the artists that influenced you the most and who are the ones that you like at the moment?” open=”true”]Right off the bat, that’s a tough question! I’ve been a musician since a very early age, so I grew up listening to all the legendary bands such as Pink Floyd, Led Zeppelin, The Doors, etc. Ever since I began producing music, I feel the likes of Steve Angello, Axwell, Kryder, Tom Staar and so many more artists have had a huge influence on my sound. I tend to listen to a lot of music outside of the style of music that I’m currently producing, so I find myself listening to a lot of Kendrick Lamar, The Weeknd, and Majid Jordan to name a few.[/vc_toggle][vc_toggle title=”How did you and Drop Department got to know each other?” open=”true”]I’ve been following them since I heard their track ‘Mahala’ on Kryteria Radio. ‘Mahala’ really caught my ear, and once it got released on Sosumi Records, I definitely became a fan of their work and started following their releases. I was working on a track at the time that I felt was in a similar space as ‘Mahala.’ So I went ahead and emailed them a promo. We started working together on ideas, and ‘Sarod’ happened to be one of those ideas that just clicked![/vc_toggle][vc_toggle title=”Who came up with the first idea for Sarod?” open=”true”]‘Sarod’ literally started as a loop that I put together right before a meeting at a cafè. I remember how I hit a writer’s block at some point last year. A close friend of mine suggested me to try blending Indian elements with my groove ideas. I know it may sound like a cliché, but the initial idea was a result of trying to come up with something for fun, without any objective of seeing it on a label or anything![/vc_toggle][vc_toggle title=”How the track developed?” open=”true”]The initial idea was very different from what you hear today! After building the track around the melody, I had this idea of a ‘drum-show down’ section. Which took a lot of trial and error to get right. I sent the rough arrangement to Drop Department. They really liked the initial idea, but it needed a lot of work. We worked on the mix, they added their signature elements, and we finally had ‘Sarod.’ It got a lot of support from Kryder on Kryteria Radio on a regular basis. I was super psyched![/vc_toggle][vc_toggle title=”What are your future plans? More music on Sosumi?” open=”true”]I’m currently developing more music with Drop Department and other amazing artists. I’m pushing to bring out unique sounds from where I come from, fused with the groove sound that we all love! I’m a singer/songwriter as well, and I’m involved in projects with an amazing producer here in New Delhi, which we hope to share real soon! There’ll definitely be more fresh new music from SuitStatic in the months to come, watch out![/vc_toggle][/vc_column][/vc_row][vc_row][vc_column][TS_VCSC_Soundcloud url=”https://soundcloud.com/sosumi-records/drop-department-sarod-free-download”][/vc_column][/vc_row]