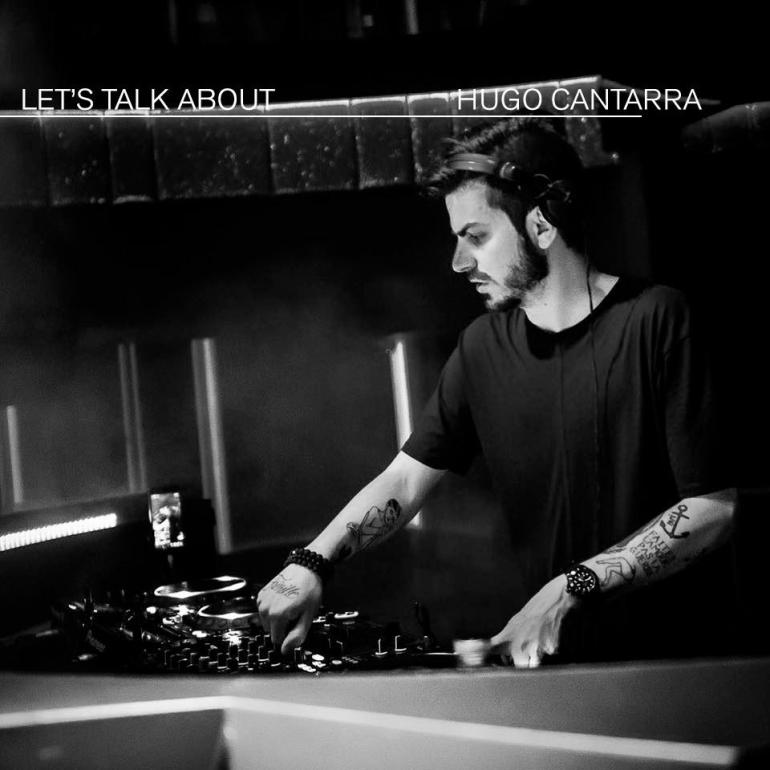 [vc_row][vc_column][vc_column_text]In the past months, our lounge welcomed many upcoming and established artists, from RavenKis and SOVTH to NEW_ID and Arias. Today we welcome a unique DJ & producer, the founder of one of the most beautiful initiatives in the EDM circus, KIDS Records Foundation. We welcome Hugo Cantarra.

[/vc_column_text][/vc_column][/vc_row][vc_row][vc_column css=”.vc_custom_1524209577798{background-color: #e2e2e2 !important;}”][vc_toggle title=”Hi Hugo, thanks for joining us. First up, would you please introduce yourself?” open=”true”]Hey guys, nice to be here and to do this interview with you! My name is Hugo Cantarra, I’m from south of France but I’ve been living in Asia for a while now. I’m a DJ since 15 years old, I’m 26 now… I’m also the founder of KIDS Records Foundation![/vc_toggle][vc_toggle title=”When did you start producing music, and what encouraged you to do that?” open=”true”]I started to produce music around the age of 18 and I wanted to do it to have my own music on my DJ Set. When you are resident is cool to play everything but as a guest, you really have to play something from your heart, like the music who transport you. That’s why I started to produce.

[/vc_toggle][vc_toggle title=”Which artists influenced you the most?” open=”true”]My influences are really wide… I’m a real music lover and believer since my very young age… I love Rock music such as Pink Floyd, Supertramp and French rock also, such as Telephone. This is because of my father… He’s always listening to Rock music at home and he influenced me in that way! That’s why I became a drummer: I got my first drum at 3years old. I’m also really into disco music because house music derives from that. And I’m listening to all other kinds of music such as Electro, Flamenco, Classic… That’s for the music basics’ aspect. Right now, and for a few years, the guys who inspired me the most are the SHM, especially Steve… We pretty have the same way to see life.

[/vc_toggle][vc_toggle title=”What kind of equipment do you use in the studio?” open=”true”]I’m using Yamaha HS-7 as speakers, M-track audio card, MacBook Pro, Logic or Live, depends on what project I’m working on and a bunch of Vst – Vst![/vc_toggle][vc_toggle title=”Your latest single is “Rendez-Vous” on Pacha Recordings. What can you tell us about this track?” open=”true”]”Rendez-Vous” is clearly a story to itself. Honestly, I’m not used to producing this kind of music but on that night, I was with Nate Owen in Macao at home; we were playing with new sounds on the piano and we created “Rendez-Vous” in a night, while listening to the sound of hard rain outside. That’s how “Rendez Vous” is born.

[/vc_toggle][vc_toggle title=”You are from Cote d’Azur but you are the resident dj at Pacha Macao, so you spend much time in Asia: how does it feel like to change your habits in such a drastic way, also as a musician?” open=”true”]To clear things up, I was the resident Dj at Pacha Macau but I quit in December. I’m still going very often to Asia, because my heart is there, especially in China Mainland. You know… Asia for me is Home. I was a resident kid in France till 19 who was playing 15 hours every day to try to win enough money to survive because the nightlife is a jungle, and we all know that. Yes, I’m not joking, I was playing in 3 different places every day, 5 hours in each place – Only one resident DJ per place. Then I got sick, I did a burn out which took me almost 5 years to recover completely. After this burnout, when I was 19, I decided to take a bag pack and going to visit China, and especially Beijing. I fell in love with this city, this country. The freedom you feel there as an artist is the most beautiful thing you can live. An artist without freedom is not an artist.[/vc_toggle][vc_toggle title=”You founded KIDS Records Foundation together with your friend Nate Owen. Tell us about your label, I suppose there also are some struggles in keeping alive a beneficence project.” open=”true”]I founded KIDS alone two years ago when I was in China because I’ve been traveling a lot and I saw many kids around the world who really are in needs. After a few months, Nate joined me as Manager and A&R because there is a lot of work to do and I wasn’t able to do everything by myself. But I’m still doing a lot for it. Honestly, we don’t have so many struggles because we are an amazing family of artists who help each other, who create for a good cause and not for money. I want to say thank you to all artists who joined us for that. They are giving a piece of them, a piece of their art for a good cause, to help others.

[/vc_toggle][vc_toggle title=”You have a record coming out on SIZE, anything you can spoil..?” open=”true”]I cannot say much about it because I want it to be something really unique but I can tell you two things today. If you check my socials, you can listen to it somewhere and also that it will be a single and not a club track.[/vc_toggle][vc_toggle title=”Which artists would you pick for a dream collab?” open=”true”]Steve Angello and Coldplay![/vc_toggle][/vc_column][/vc_row][vc_row][vc_column][vc_message style=”square” message_box_color=”success” icon_fontawesome=”fa fa-handshake-o”]Many thanks to Hugo for answering our questions.[/vc_message][/vc_column][/vc_row]