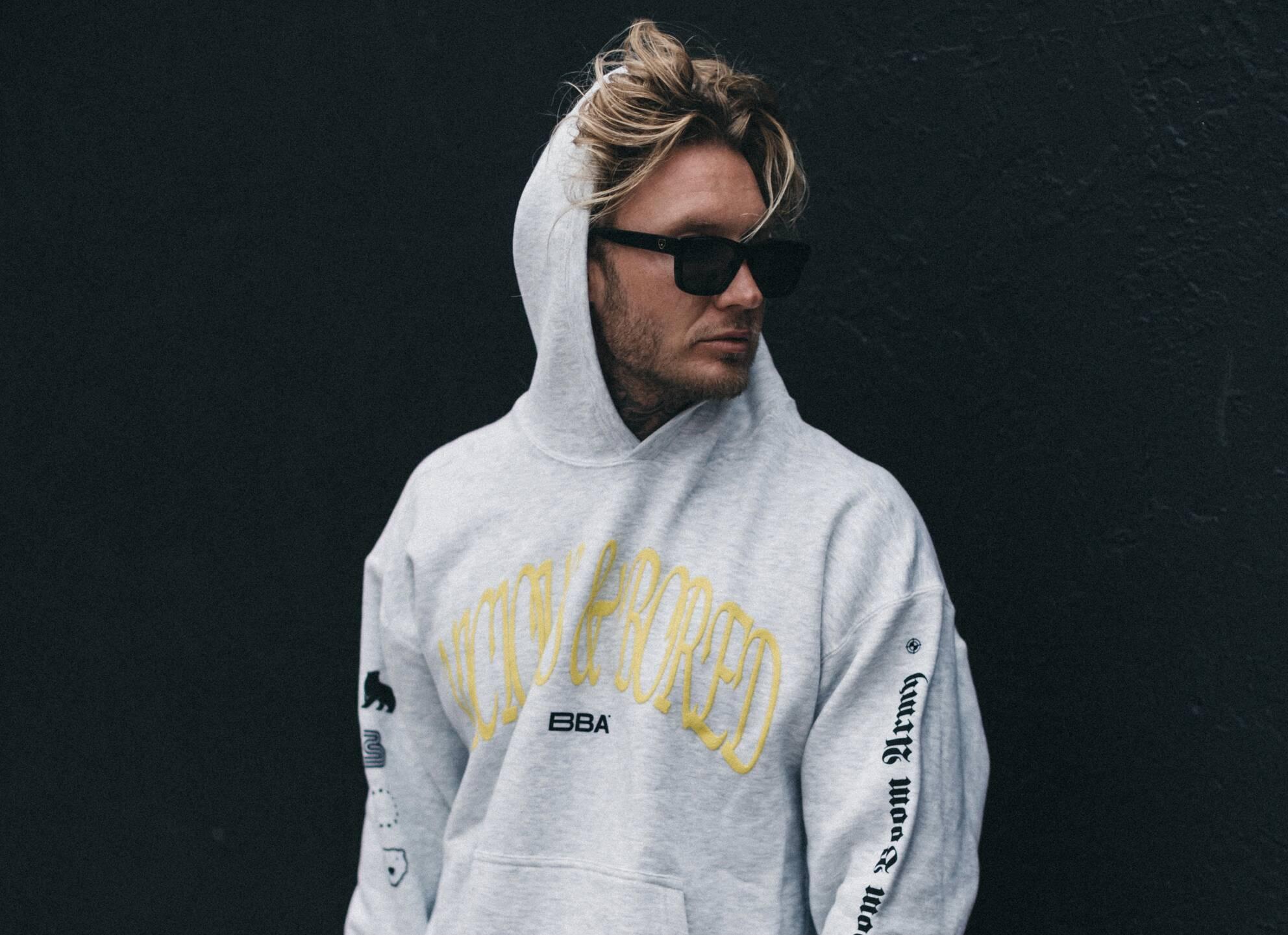 With more than ten years in the industry, MORTEN is now one of the most in-demand artists around the world when it comes to dance music. From his first releases on Armand to his newly developed sound, “Future Rave”, and his continued collaboration with the one and only David Guetta, MORTEN has come a long way.

Having released his first single of 2022, Permance together with David Guetta we at The Groove Cartel took the chance to sit down and ask him some questions. We started from his early life as a producer, the first years, first releases, to move on the “Future Rave,” discovering his creative process, his thoughts about the current situation in the music industry, and even more. So, sit down, and enjoy our talk with MORTEN.

Hi MORTEN, a pelasure to e-meet you. We would like to start from the beginning. Your first release (at least on Spotify) came out in 2010. Why did you decide to produce music and why electronic?

So I started making music when I was around 22 years old; I met this guy who was really good at creating sounds, and I’ve been deejaying for some years before that. I was deejaying a lot of electronic music and this experimenting was a challenge for me. I came from a musical background. I always played a lot of the flute. I was in bands where I played drums, and my dad was teaching a lot of different kinds of instruments like the piano and violin and all these classic instruments. It kind of was in my nature to have something to do with music. I started to make music with this guy and we released the song and that’s kind of how it started.

When you understood that your passion for producing and DJ could turn into an actual job?

Well, for many years I was teaching and releasing music and I was working at a daytime job as well as studying on the side. I have always been very hardworking: I would be working in a supermarket or walk newspapers, or I would clean at this store, or I would pick up phone calls when people call in and help them set up their mobile cell phones. I always worked while I was deejaying. Thursday, Friday, Saturday at a time I was deejaying so much that I couldn’t keep up with getting enough sleep. So I had to quit my day jobs and I had to finish my study so I could focus 100 % on making music and producing. And this was kind of a natural transition. I simply needed time to rest so I could deejay more.

You are now in the music industry for more than 10 years. Could you describe your thought about back and now? What has changed, what has not, what did you like back then, what do you like the most now?

Well, for me, what has changed a lot is that I’m now making music that I really, really love and I’m not really looking for inspiration in many places. Back then, I was really trying to make music that I thought would connect, that I heard other people were doing so I was thinking, “Oh, if I do this music, it’s going to connect because everyone else is doing this and it’s working“. Now, today I’m making music that I like. I don’t think about what everyone else is doing, and in that way, that is the biggest change for me personally. Back then, I didn’t really like how electronic music were sounding. It was not why I fell in love with electronic music. And now, today, I think electronic music is way more inspiring, and I really like how everybody seems to be trying something different all the time. This is something I really like.

You’re now globally recognized by your signature sound, the so-called “Future Rave”. How is it born and how evolved?

Well, I released an album called Drop in 2009 and that was before the first song on Spotify. I don’t think that album is on Spotify, and that sound for me was like my DNA. That’s how I always wanted electronic music to feel and how I wanted to sound. That is kind of the DNA of “Future Rave”. So I’m happy that this specific sound is getting recognition, of course. For me, it was very important to get the music heard and I wanted to encourage other people to make this music that I love and maybe other people would love too. In this way, the sound could evolve avoiding having one synth that sounds the same. I think that’s what you hear now, an evolving sound. It’s changing with Alive Again and how it’s changing with Permanence. we want to be the pioneers of electronic music and bring something new to the scene.

The “Future Rave” sound, correct me if I’m wrong, is deeply linked with your collaborations together with David Guetta. How does this sort of duo and the sound have been born?

Yes, he’s my partner on “Future Rave”. We created it together. I brought him a few records that had this sound, and David helped me finish them and helped me develop them to make them better. His experience in creating music that can be heard all over the world, the way he writes the songs, and the chord progressions is… he’s so good with this. So he helped me a lot and we developed together and now we are partners in “Future Rave”.

We met many years ago and I would always send him my music. And at some point, I had this distinct sound of “Future Rave” and I sent it to him and he loved it. We then met in Miami and we started to work together. And then two months later, we flew to Ibiza together and we did studio sessions there.


How is a MORTEN and David Guetta collaboration born? Do you send him an idea, he sends you some snippets; do you go to the studio together? Do you prefer to work with analog or digital instruments/tools?

Well, for example, right now we’re working on an idea, and it’s just kind of a simple bassline from an old track that we’ve been sending back and forth working to develop it. We play it out. We see how does it work? Can we bring in some chords? Ok. We find this guy. He’s good with this. With writing this special riff on a guitar. We bring him in. We try to work on that. Okay, didn’t work. We do something else. We constantly work back and forth on Skype, Zoom, and WhatsApp. We send stuff back and forth all week long. So it’s kind of a process of both of us traveling and not being in the same place the whole time. Obviously because of the pandemic is not easy to just fly and do a studio session. And we were kind of obsessed at the beginning of trying to be together and go to Ibiza and make music. But now it really works to be a part. So it’s not a problem; it feels like we’re together all the time anyway when we talk on the phone

When it comes to if I like to work on digital instruments or analog, I really love analog sounds. But today we work so much remotely. So for me personally, I now use digital.

You recently released ‘Permanence’ together with David and in the past several releases and EP came out under this fantastic collaboration. Do you have ever thought about an album? And what do you think about this idea?

Kaskade teams up with Dutch talent Justus for ‘Dance With Me’

Have you ever thought about producing something different? Maybe pop or even techno?

I have, and I released different hip hop songs. I produced pop. I released, what’s it called, dubstep. At some point, I needed to go different routes and try to come into where I am now and make this electronic space that I’m in. I would do crossover at some point. I’ll try to bring different sounds aboard, but right now I’m so focused on what I’m doing with David, and I really love that. So this is where my passion is now.

The last two years, because of the pandemic, have been pretty strange for the music industry. How did it impact your world and your way of working? Did you struggle, maybe creatively or have you been able to focus and maybe pause a bit from the tour routine?

You know, honestly, for me, the pandemic creatively has been amazing. I’ve been feeling super creative and my workflow has been great. I wish I could have been touring more. I haven’t, but it goes for everyone. But creatively, I’ve been feeling great and I’m very happy where I am mentally, so it hasn’t had that impact on my creativity.

Now that festivals and clubs have kind of reopened, have you some plans for future gigs? Can we expect more music from MORTEN in the next few months?

I do. My calendar is kind of booked. I’m playing in Mexico, Brazil, Italy, Spain, Germany, Belgium, Denmark, Sweden, America, Canada. China. I see bookings everywhere. I’m so excited to go meet the fans and play this music we work so hard on.

You can expect a lot of music. I really want to release a lot of new music, and I’m so happy for you guys to bring me here and have a talk with me. I appreciate it very much. Thank you guys so much.

We would like to thank MORTEN from the bottom of our hearts to have taken the time to answer to our question. We can’t wait to see him behind the decks somewhere around the world. Make sure to follow MORTEN on Instagram and Facebook.