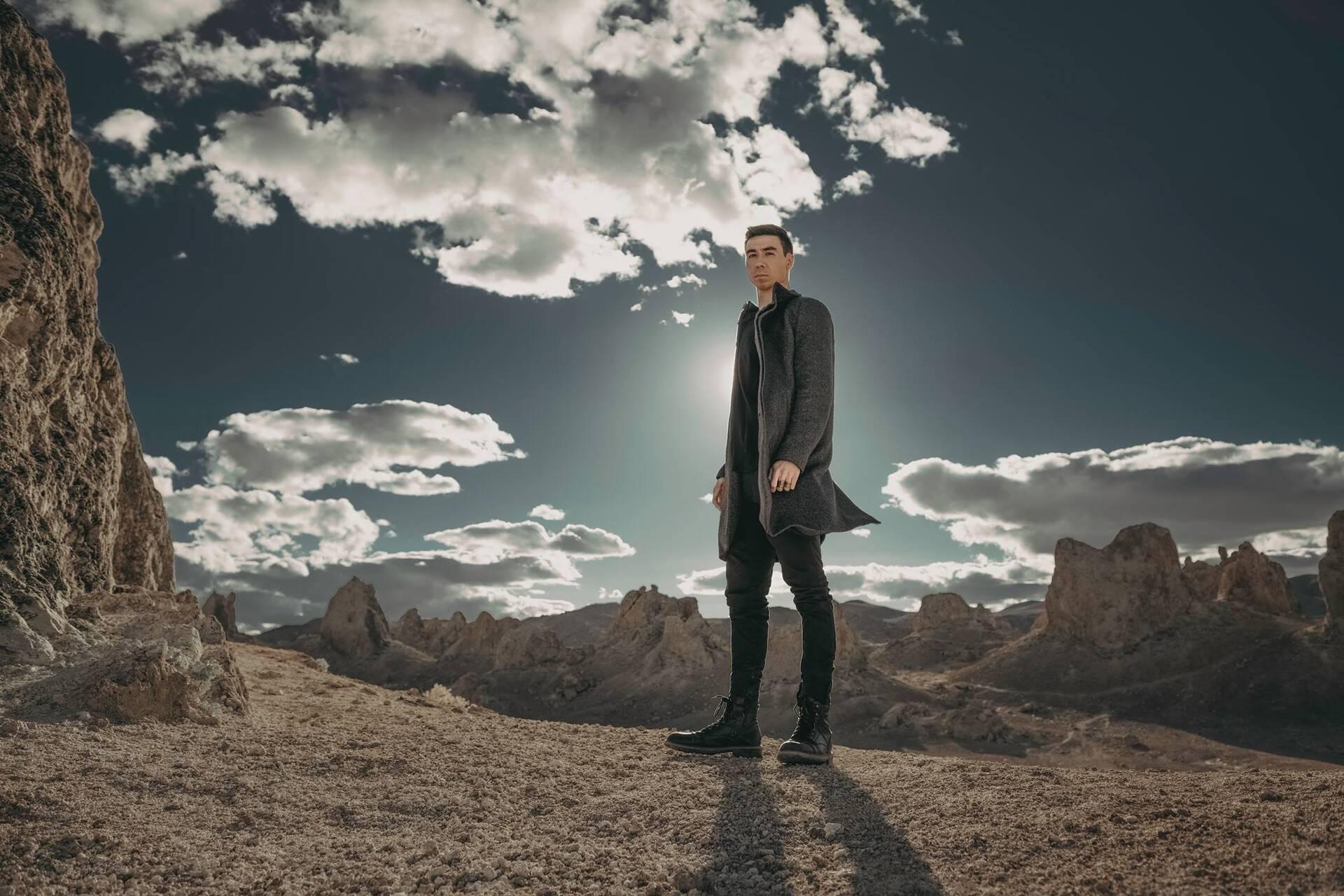 Having started in 2017, Rinzen has cemented himself in a leadership position when it comes to melodic and electronic techno. With a debut EP on Deadmau5′ imprint Mau5trap and a series of releases on Bedrock Records, This Never Happened, Desert Hearts Black, Astralwerks, and more, he’s ready to debut in Mexico for his first festival in the country. He will play at the massive Departure festival alongside heavyweight artists such as Tale Of Us, &ME, Ame & Dixon, Amelie Lens and tons more.

He recently debuted on Sasha’s label too, Last Night On Earth with Photon including the ANII remix as well. His recent release has been a revisit in a techno cinematic key of Beethoven Symphony No. 4.

"Symphony No. 4" out today pic.twitter.com/VcMNKANsxG

With such a curriculum and exciting project ahead, we reached Rinzen for an interview about his past, present, and future. Here is what he told us.

Hi Rinzen, nice to e-meet you. Let’s begin talking a bit about yourself. How did you start and where was the passion for electronic music born?

Hi and thank you for having me. My passion for electronic music started later in life. Somewhere between high school and college. It was the obvious ones at first like Daft Punk and Justice, before discovering artists like deadmau5 and Eric Prydz. At some point during this journey, I became so infatuated with electronic music that I began digging for music on a daily basis. This eventually led to DJing, which eventually led to producing. And here we are!

Your career started very quickly as your first release Forbidden City has been out on Mau5trap and now has more than 300k. Could you tell us more about how you ended up releasing on Deadmau5’s imprint?

Deadmau5 was one of the first electronic artists I truly loved. I remember listening to Random Album Title and being in awe of the sounds and arrangements. When it came time to release my own original music, deadmau5’s label mau5trap was a natural fit. I’m very grateful to them for taking me on as a new artist.

From the first releases on Mau5trap to the latest on This Never Happened and LNOE your sound evolved but the core seems to have remained. Could you tell us more about it? Do you have a specific to-do list when it comes to producing? Are you an analog or digital guy?

I always write my music purely from intuition. Whenever I try to plan things out or write for a specific label, it never works. I’m a big analog synth head, so I generally start by turning on my machines and playing around until something catches my ear. Beyond that, I’m always looking to make music that is cinematic and immersive. Something that feels as though it exists in its own world.


Rinzen is best known for his concept EPs, which consist of a variety of unique releases in which the producer creates immersive, narrative-based worlds.

As your sound is pretty unique and very cinematic in some instances, have you ever produced something that goes beyond a single track or EP? For instance, a soundtrack or music for spots/videos?

I’ve done some scoring projects here and there for short films and animations, as well as more recently, some NFT projects. Scoring is awesome as it doesn’t confine you to the limitations of 4×4.

You debuted on Last Night On Earth some weeks ago. Could you describe it? It seems you experimented with more ethereal and dark/deep sounds. And, how did you end up releasing on LNOE?

I’ve been a big fan of Sasha for some years now. He’s a living legend in our scene, and a role model for the type of career I want to lead. It was a huge dream to sign my recent ‘Photon’ EP to his label. The EP was created with my good friend Enamour, who is one of my most frequent collaborators and a technical wizard in the studio.

You have released a lot of EPs/singles. What about an album in the future?

An album is something I’ve always wanted to do. And in fact, I started working towards one last year. Yet for me, it really has to be something special that tells the kind of story deserving of a longer format. I’m still searching for what this sound or story would be. But when I find it, an album will surely materialize.

You started your career not so long ago and, after only a few years the pandemic began. How has it impacted your vision of an artist and your plans, if it did?

The pandemic actually has not changed much for me. If anything, it has only strengthened my resolve to be the best and biggest artist I can be. It made me realize that I really have no second thoughts about this career, and there’s nothing else I’d rather be doing with my life.

Parties and festivals have reopened and you’re scheduled to play on a couple of big occasions in the next few months. You are on the lineup of the Departure festival in Mexico. Could you tell me more about it? Is it your first abroad performance? First time in Mexico?

Departure is a dream festival. The lineup is easily the best I’ve seen for any underground festival in recent memory. To be part of it is a huge honor. This won’t be my first performance in Mexico or abroad, but it will be one of the biggest events I’ve played, sheerly for the size and scale of the lineup. I can’t wait!

What we could expect from Rinzen in the future?

I truly believe I’m only just getting started. There’s so much more music I want to create and release. A live show I want to build. World tours to be had. My story is just beginning.