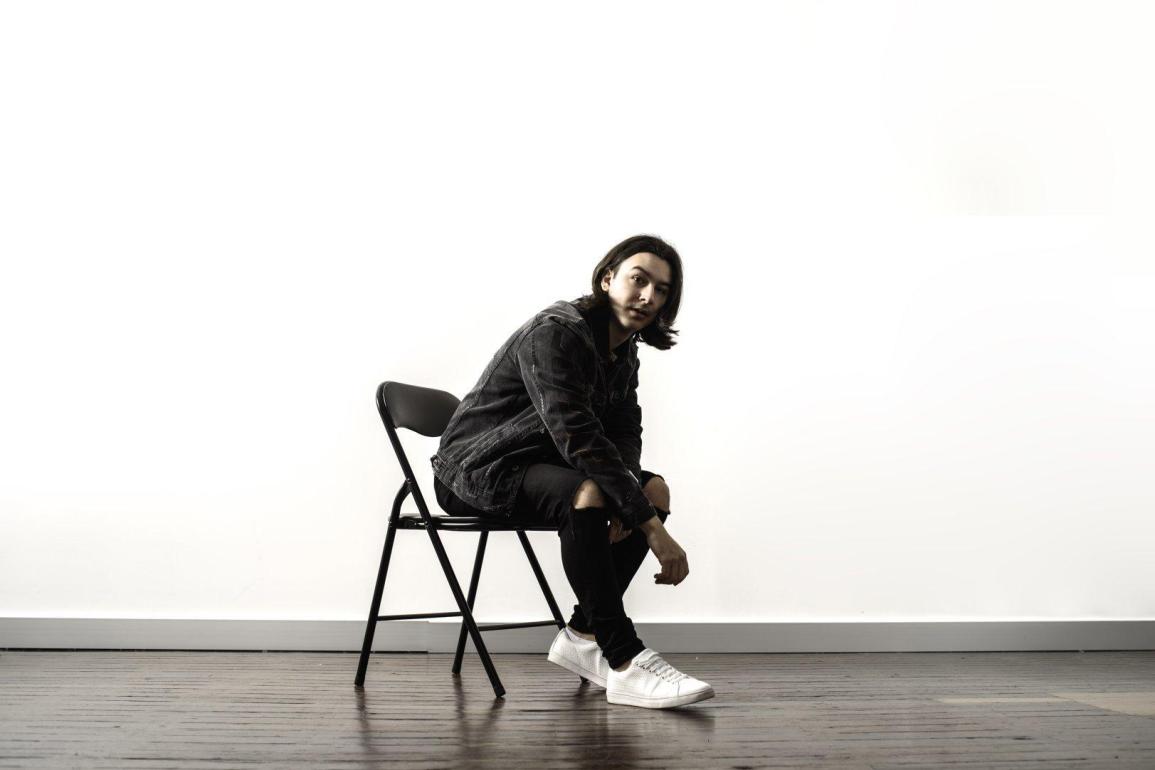 We sat down with Marcus Santoro, one of the most talented Australian DJ and producers for an interview.

Having already picked up more than a dozen plays and invited as a guest on Above & Beyond’s much loved “Group Therapy” radio show and now a regular on Armin van Buuren’s “A State Of Trance“, Melbourne’s Marcus Santoro proves why he is becoming known as one of the fastest rising artists in today’s Australian dance music scene. With undeniable groove, uplifting melodies, and soothing atmospheres, he has truly laid down the law on musical enthusiasts and their playlists globally.

Such an impressive series of achievements didn’t go unnoticed, so we reached out to Marcus and his team to discuss his music, and much more.

Hello Marcus, thanks for sitting down with The Groove Cartel. First up, can you please introduce yourself to our readers?

Hey guys, thanks for reaching out! My name is Marcus Santoro, I’m a 23-year-old producer & DJ from Melbourne Australia. I’ve released music on Axtone, Armada Music, Enhanced, Revealed, Ultra and many more and specialize in the field of Big Room, Progressive House & Trance.

When did you start producing music, and what inspired you to do that?

I started producing music around 10 years ago when I was 13. Growing up, I spent a lot of time on my own, confiding in my own comfort and I think that is what sparked the ‘creative’ side of my life and definitely somewhat inspired my musical pathway. I always grew up with music as a kid, my dad was a DJ in the late 70s and early 80s so Disco/Dance was forever playing at home. From there, I guess I became fascinated with music and the feeling I got when I heard it, it was always very positive. Around 2004 I discovered a DVD of Tiesto’s concert (as most producers today would say the same) and I was immediately hooked on the idea of the DJ/Producer. From there, it was straight into it – I discovered how to make music via samples and software and the rest is history.

Which artists influenced you the most?

I’m inspired by so many different artists from such a wide musical spectrum. Within the dance world, Axwell, Dirty South, Above & Beyond, Armin van Buuren, Martin Garrix, Avicii, Swedish House Mafia to name a few…artists that hold a lot of melodic integrity in their music and their work is what captivates me the most. Outside of the EDM world, I’ve always been inspired/influenced by Michael Jackson, Queen, Prince, Coldplay, The Bee Gees, Adele etc…

Your latest release is “Give It All” on Enhanced Progressive. What can you tell us about this track?

“Give It All” was written about a year ago. The arrangement of the song was structured to a more standard Progressive Trance vibe, with a big electro bass riff and then followed by the break into the melodic drop and I tried to keep it like that but decided it didn’t exactly ‘glue’ together. So rather than stick to the normal/generic approach, I wanted to write a “song” rather than a “track” and I think what I mean here is something that you could listen to outside of the festival/club setting but yet when it played, you could immerse yourself in it. The vocal helped a lot too, I had a few different vocalists with different lyrics have a go, but ultimately felt this one worked the best. It definitely has an emotive feel to it, and you can relate to the lyrics a lot, so thank you to Mike James who wrote the top-line which gave the record it’s missing piece!

Last year you had the chance to play at two important venues: Tomorrowland Unite in Abu Dhabi, and warming up Melbourne for Above & Beyond. Two different sets, with different audiences: how would you describe them?


Both shows were incredible in their own unique ways. For me, the experience of finally being able to travel halfway around the world to perform in front of thousands of new faces and a completely different culture is something I’m never going to forget. Tomorrowland Unite in Abu Dhabi was an amazing show, the crowd was so open to my music, and so energetic and the set time was prime. I’d never felt so content with my career then, it was truly motivating to keep going.

Warming up for Above & Beyond on their Common Ground Australian tour was amazing. I was the only ‘local artist’ to open for them for that show so it was truly something of a privilege. I have so much respect for the boys, they allowed me to have a new life within the industry through their constant support and backing of my new direction at the time. The set compared to Tomorrowland’s was vastly different though, I played a lot deeper, melodic-house, tech compared to the more main-room festival trance vibes I would normally play, but none-the-less I ended up writing some brand new music that I have really matured into now, and it’s all for thanks to that.

As an Aussie, how would you describe your country’s Dance music scene? And what about the genre you produce (Prog Trance)?

Australia’s dance music scene is constantly changing. From 2014/15 the scene was much alive within the Big Room / Progressive era, but the past few years it’s kind of felt like it’s collapsed a bit, not in a negative way of course… but it’s certainly not the same. These days, I feel it’s more underground, and it’s a lot more ‘indie’ but there’s certainly niches for where artists like myself thrive. The Trance scene is pumping, more so the psy-trance/uplifting area rather than the progressive but depending where you go, the fans always follow and that’s the main thing.

Being part of the same roster as Corey James and WILL K means that you guys can easily collaborate on music: are you cooking up something?

I have known both guys for such a long time. WILL K and myself go way back, he’s without a doubt the closest friend I have in the business, and I consider him to be a brother to me, as I do Corey. Corey has been incredibly supportive, and we’ve always supported each other and that’s what makes the 3 of us together on the Matchbox roster work so well. In terms of collaboration… we are always bouncing ideas off each other, so eventually I am sure something will stick, and we can finally share something with the world. I was recently in the studio with Will and incredibly surprised with what we created.

You released a great remix for Shapov on Axtone… can we expect something more on the label in the future? Like a collab with a certain young Swede?

Thank you! I’m glad everyone loves that remix, it was an absolute honour to release with Axtone after dreaming about it for so many years. I am always working on new music for the label, there’s a few ideas Axwell has expressed interested in so we’ll see what happens! In terms of my ‘collab’, I can’t exactly say too much at the moment, but it’s definitely in the works and it’s definitely coming out soon.

If you could choose any artist for a collaboration, who would you pick?

I think right now, I’d love to collaborate with Above & Beyond, Armin van Buuren and Axwell. I know it’s only supposed to be one artist, but I admire these 3 artists so much and to work with either of them would be a dream come true. Maybe one day it can happen, you never know what’s on the other, remember the sky is not the limit, it’s only the view!

We’d like to thank Marcus and his manager Viktor for the time dedicated to us.