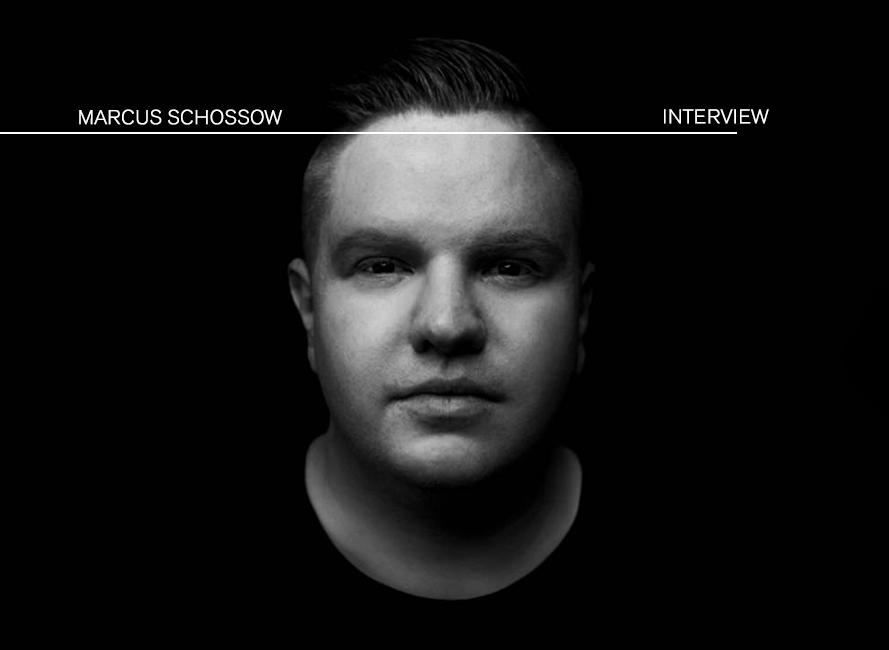 We have interviewed the head of Code Red Records, Marcus Schossow, fresh from the relaunch of his label.

He started his Code Red 2.0 mission with his brand new solo single and then two tracks EP with Corey James. All of this means that Marcus is back in the game on the top level and we are super happy to bring you an interview with this revered artist!

Hey Marcus, how are you? You’ve just come back with your label Code Red after seven months hiatus, can you tell us more about why did you decide on this break?

I felt like I needed some time off to collect energy and re-organize. I do this because I love it and for me, it’s important that everything becomes 100% the way I want it. So I’m really stubborn, for the good and bad… Then again, we’re going to outlast most of the people out there because my and my team love what we do. This isn’t a sprint; this is a marathon.

How important is it for you to be an independent artist and own an independent label? Was it something that you were planning since the beginning of Code Red?

It’s everything! I don’t want anyone to tell me what my music should be like, what’s the point of being an artist then?

You recently changed your logo as well, can you tell us more about it, why did you decide for this. Why right now and what was the creative idea behind?

The logo was originally created by our creative team at North Border Group. The company me and Thomas Sagstad is running, it’s the mothership for everything we are involved in. The logo has three meanings, the sun, the moon, and a mountain. Nature is a big part of me, it’s where I find inspiration! You will find me in the middle of these three elements.

Maybe this is going to be a bit of a surprise for some people, but you are also involved in the North Border Group agency. How did you come up to them?

Yes, as I said before, it’s the mothership. We do a lot more than music, and for me, it’s the biggest and greatest project I’ve ever been involved in. The company is growing incredibly fast, and we have some of the most exciting projects in Scandinavia.

After the hiatus, you and Code Red came back with your record ‘Rumble.’ Why did you pick up this track for this occasion, and what was the creative idea behind this track?

Well, it’s a summer record and I felt that this was the record that had the strongest connection to what I’ve done in the past. We have a lot of new tracks from me that would’ve been the right ‘first record’ to connect the dots between the sounds.


Your latest release on Code Red is EP ‘Time Goes By’ with Liverpool prodigy Corey James. Can you tell us more how this EP came to its life?”

I’ve to know Corey since he was nobody but a dude behind a screen with huge talent. I’ve helped him throughout the years, and I’ve always known he has something special. He is like a little brother to me. He sent me the ideas, and I started to work on them, then we finished up one in Miami and another on in my old studio back in Holland. [Read more about the record]

Are these records also examples of what sounds you like and which you want to have on Code Red in the future? What do you plan with your label shortly?

Yes, kind of! Code Red will mature a lot the next years, for me the whole tribal house arena is part of the past. I can’t listen to it at home, and I can’t listen to it in a club, it doesn’t get me going anymore. It has no emotional substance nor does it awaken anything inside of my head. I want music to touch people in their hearts! Needless to say, we have some amazing artist like Rob & Jack that makes this sound, but when they do it they do it at the highest level possible, and then I can enjoy it!


The plan for code red is to grow slowly and build up what we love without anyone telling us what to do. Free as a bird and I’m confident the fans will grow with it, we already see a significant change among the old Swedish House Mafia fans. Suddenly they grow up and want something different… And we are there for them, and they are there for us. It’s a beautiful path that we can share together.

Are there any new and up-and-coming artists that you like and that you wanna bring to your label?

I’ve already signed all of the talents I wanted in the code red 2.0. We got a lot of new kids that understand our new sound, and I’m super thrilled to see them grow!

How many people are working along with you on Code Red?

Right now we are five people working on Code Red. We have handpicked the people. For me, it’s important that they have the right motivation and business mind. Let’s not fool ourself, this is a business market, and as much as we would love to be all about music, we have to understand that if we want a place in the market, then we have to play the game… And trust me, we will play the game.

What Music to Choose for A College Dorm Party

Over the last few years, your music style evolved a lot. What or who did influence you during these times?

Honestly, nobody really has influenced me. I’ve been motivated by the support from Steve Angello, he quickly picked up on what I have had in my head!

What do you think and what is your opinion about the current situation in the dance music scene?

I think it’s fuckin Disneyland… Hell, even Disneyland is about to do EDM shows. That says it…. What happened to the heart?

You’ve also mentioned once that you wanna do an album. How it’s going so far?

So so, I haven’t fully decided what way I wanna go… time will tell 😉

Any news about your popular ‘radio show’ Inspirations? Do you plan to bring it back anytime soon?

Yes, soon! For me, that radio show is more of a mix series than a radio show. For me, radio shows are a dead concept. I want to give people something that lasts. Some of these mixes have 16k plays, and a lot of you are replaying it more than five times… So it means you come back to it! For me, it’s important that we keep it that way, quality control! Quality before quantity.

Do you plan some live shows for the rest of this year, including fans’ favorite Amsterdam Dance Event show?

Yes, we will announce it soon. Again, I just want to do a bunch of shows just because there is an offer in. I’m done with that. I want to play the right venues, and I want to play for a crowd that understands what I’m doing. I’m not interested in playing a club 382637237 miles away on a Thursday just because someone wanted me to play there. I select where I play, and the people around me understand this as I said, it’s a marathon and I’ve invested my heart into it. It’s important that we keep it that way.

What is doing Marcus Schossow besides the music, if he has some time off?

Either I am with my girlfriend or I hang out with my friends. These two are family for me and it’s the people that matter the most for me in my life.


We want to thank Marcus for taking the time for answering all our questions and for his kindness and availability proved.