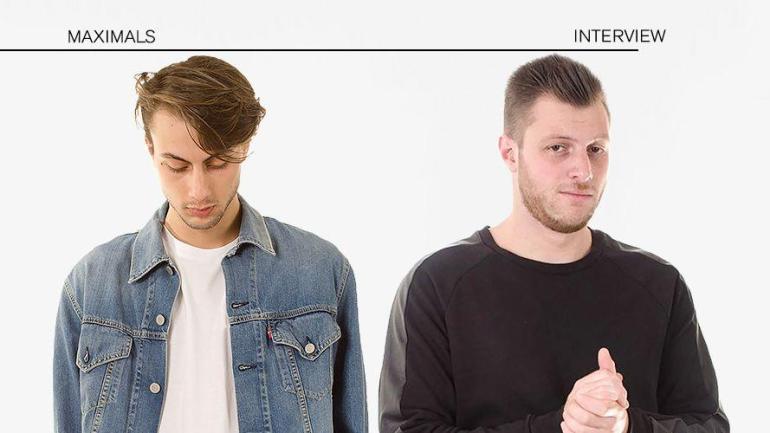 Let’s talk about Maximals and their new track Enigma

We got caught by the new Maximals’ track called Enigma, a disco-funky-groovy banger which will be out on Protocol Recordings on 5th of February, so we decided to have a chat with the guys to know them better.

You’re a duo, how do you meet and how the Maximals project born?

We’ve known each other for ages actually, it all started three years ago when we made our first collab. We really enjoy producing together, also because we have different musical backgrounds and the best part of the job is trying to mix multiple genres to find the right sound.

Which artists have influenced you the most?

D: when I was 5-6 years old I was more interested in rock music, from Pink Floyd to Genesis, then I discovered house music, especially Avicii at the beginning of his career, so I decided I wanted to produce music.
R: I was mainly inspired by Eric Prydz and Steve Angello, two icons of electronic music, but I prefer to listen to all kind of music to get inspired.

I saw that you use the “nufunky” tag on SoundCloud. How would you describe your style?

It’s a new trend we would like to launch for our music, to make it personal. It’s a difficult challenge – of course, we’re not the only who make funky music, but we’re trying to develop a recognizable sound and make it unique!

Can you talk about your latest single, “Enigma”?

It has been developed very quickly the first week of December and it took about 15 days to be completed. We were looking for something similar to the vibe of “Dancin’ ”, then we started playing around with funky-inspired chords on the break. The track was almost finished before we realized it! The only thing missing was a catchy vocal, luckily our manager decided to record a catchphrase with his phone and immediately it sounded amazing!

You have released two tracks on Protocol: can you talk about your relation with Nicky Romero’s label?

We’ve been to the headquarter recently and all the guys working for Protocol are amazing, they really care about music and that’s a rare thing nowadays. Obviously, we will never forget the day we’ve met Nicky Romero here in Italy, he’s been very nice calling us on the stage while playing “Dancin’ “, we still can’t believe it sometimes!

How do you produce your music?

We both started with FL Studio, now we’re working with Ableton 9 and a good pair of speakers, nothing super special. Sometimes you just need headphones to build strong ideas!

We have tons of unreleased music that will be out during 2017, in the meantime, we’re working on new Maximals’ solo tracks and collabs too. We’re also working to continue doing some gigs, but it all depends on us!

Have a look at our last interview