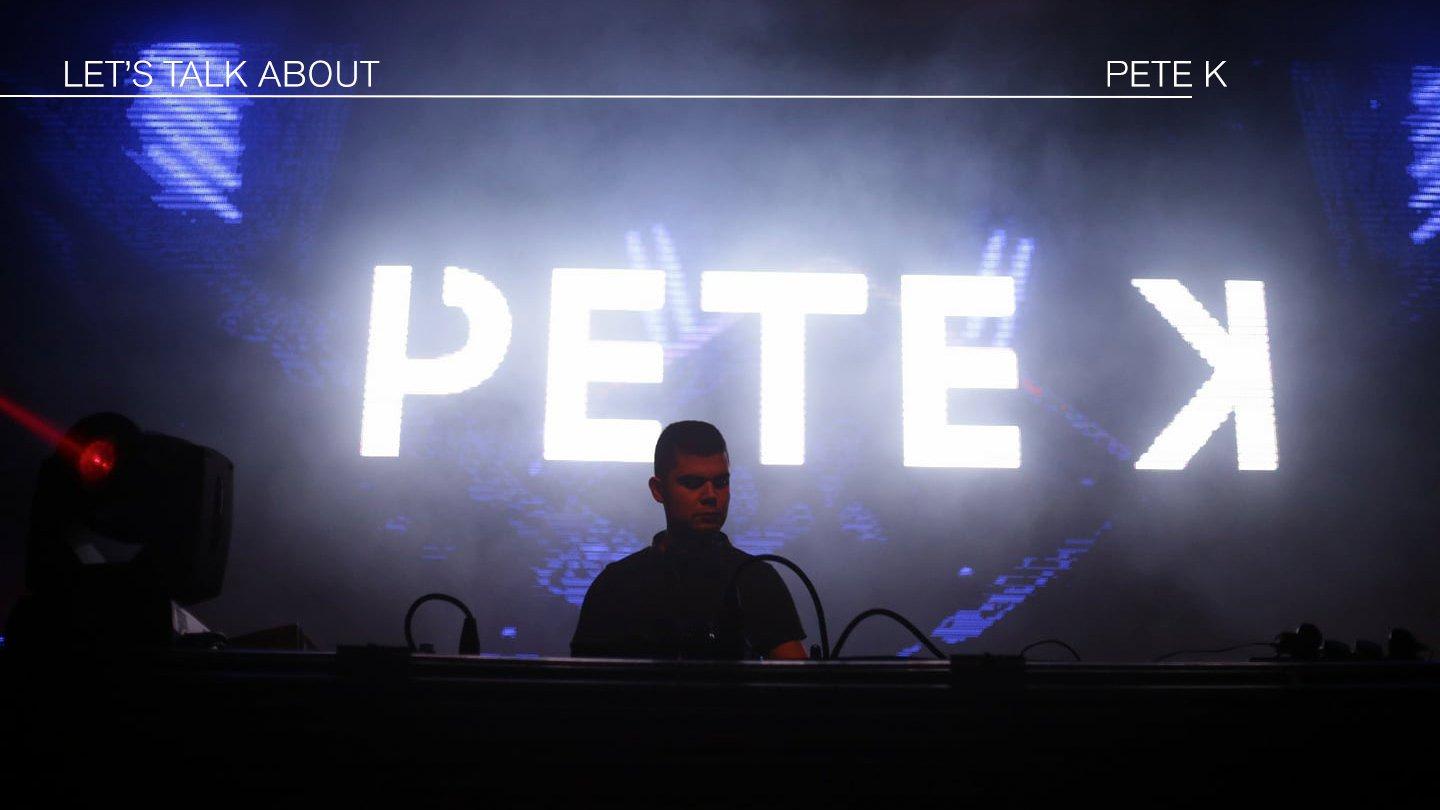 [vc_row][vc_column][vc_column_text]This month’s interview features one of the most talented producers in the progressive house scene, Pete K. The Portuguese producer has caught the eye of Third Party thanks to his acclaimed releases on Zerothree Records and Proton Music, so the British duo decided to sign him on their Release Records imprint. Today (Friday 16th) marks the release of his third single on this label, “Insomnia” featuring CAYO.

We sat down with Pete K for an interview about his carrier and his latest record “Insomnia” on Third Party’s label, Release.

[/vc_column_text][/vc_column][/vc_row][vc_row css=”.vc_custom_1521389419503{background-color: #e2e2e2 !important;}”][vc_column][vc_toggle title=”Hello Pete, thanks for joining us. Can you please introduce yourself to our readers?” open=”true”]Well, I’m a music producer and DJ who’ve been making music in my bedroom for almost 8 years now. Progressive House was always my number one music genre but I do get inspired by other styles too.

I released my music on labels like Axtone, Release Records or Zerothree and have been accumulating support from many big DJ’s in the scene over the years.

Recently, I joined Release Records roster and I’ve been playing on label nights like MOS London, Olympia Liverpool or The Box Amsterdam.[/vc_toggle][vc_toggle title=”When did you start your career as a music producer, and what brought you to do that?” open=”true”]I started back in 2010 just learning and putting together my very first ideas. The reason behind this was my growing passion for dance music. I loved the way how music made me feel and I simply felt the need to express myself and make my own contribution to the scene.

[/vc_toggle][vc_toggle title=”Which artists influenced you the most?” open=”true”]The first names who come to my mind are Eric Prydz, 16 Bit Lolitas, Deadmau5 and Swedish House Mafia.[/vc_toggle][vc_toggle title=”2017 was your biggest year so far. What was your personal highlight?” open=”true”]Lots of amazing memories for me in 2017 but my debut at Ministry of Sound with Release Records was definitely my favourite. Everything was so special that night and I felt like I was living a dream. Only realized it really happened when I landed home.

[/vc_toggle][vc_toggle title=”How does the Portuguese electronic scene looks like?” open=”true”]The electronic music scene in Portugal it’s a bit made of extremes, I think.

From where I come from (Lisbon) it’s either commercial and mainstream music or straight Techno and Tech-House. Sadly there’s not much in between. I highly recommend some of our best underground clubs like Lux in Lisbon or Gare in Porto.[/vc_toggle][vc_toggle title=”Your style is characterized by gentle progressive chords, so what is your mind about the current progressive house scene?” open=”true”]I think the Progressive House scene is in a very good direction right now, to be honest. There are a lot of new producers releasing good stuff. Big labels like Anjunabeats have been releasing more prog lately too so yeah, I think it’s a good time for prog to thrive.
Things like Beatport making a genre distinction between Bigroom and Progressive-House definitely plays a role here too.


[/vc_toggle][vc_toggle title=”Your new single came out this Friday on Release Records. What can you tell us about it?” open=”true”]Insomnia is a progressive house record I made with this amazing vocal by the singer CAYO.

When I first heard his voice I was blown away. It basically inspired me to write the main melodies right away and build the whole track around his vocals.[/vc_toggle][vc_toggle title=”Can you describe your relationship with Third Party and Release Records?” open=”true”]Third Party have been like a role model for me, to be honest. Not just musically but as persons too. They take care of me like if I was their young brother and I’m always there paying attention to everything they say or do. I just try to enjoy and learn as much as I can from their experience.

My relation with the team is pretty cool as well. We’re all on the same page, sharing the same vision and goals. I feel like I’m part of a family.

[/vc_toggle][vc_toggle title=”What are your plans for the future? Can you spoil something?” open=”true”]Lots of new music and big things planned for the rest of this year!

Can’t reveal much at the moment but there’s an upcoming two-track EP on Zerothree and more exciting stuff happening with Release.[/vc_toggle][vc_toggle title=”What would be your dream collaboration? ” open=”true”]Too many artists to choose. But I think it would be 16 Bit Lolitas.[/vc_toggle][/vc_column][/vc_row][vc_row][vc_column][vc_column_text]

Big thanks to Pedro and his manager Alfie for the time they dedicated to us.

Pete K is also takin’ over our Spotify playlist, check it out!