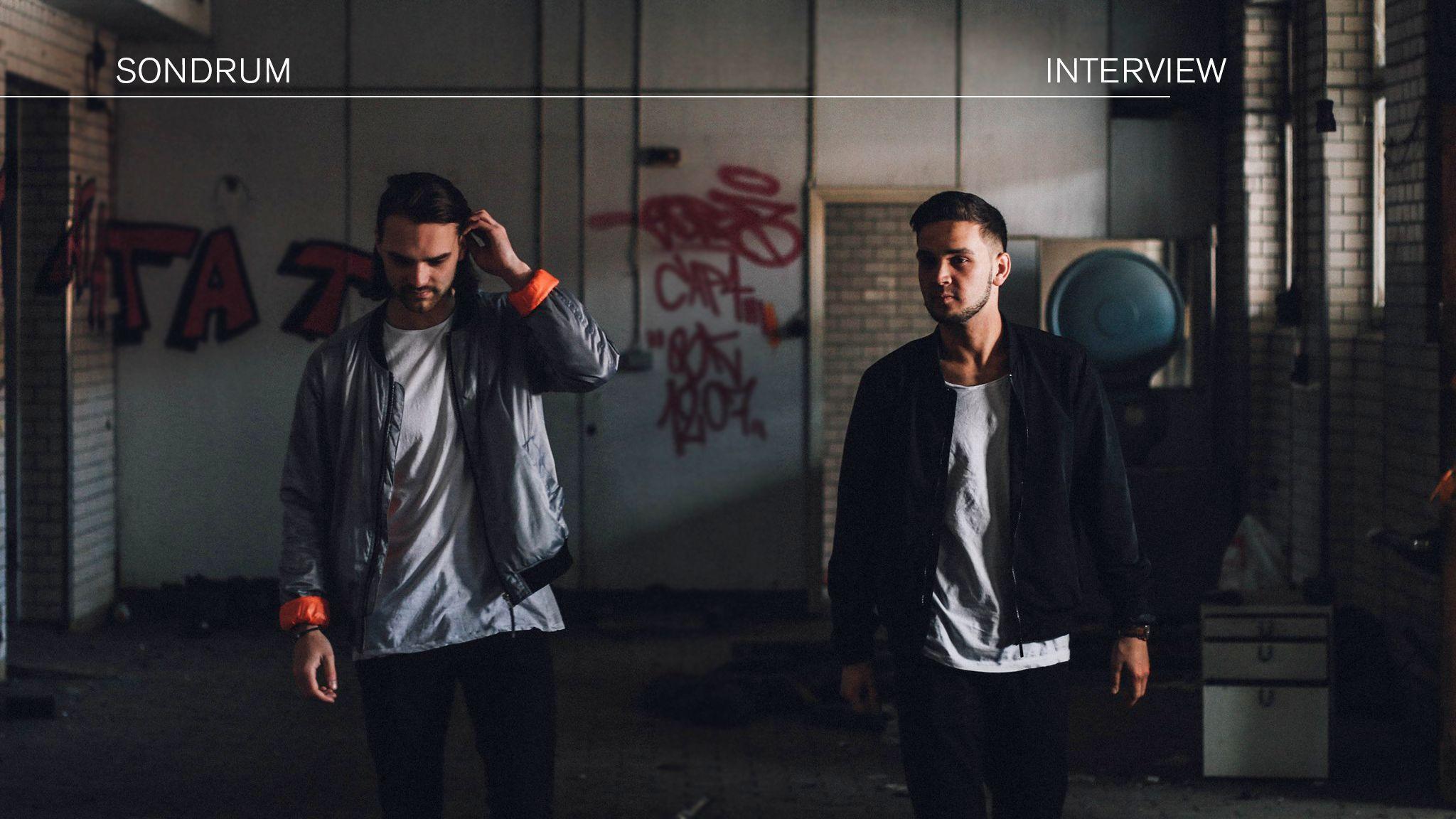 [vc_row][vc_column][vc_column_text]Sweden is famous in the EDM industry for its progressive house producers: Axwell, Ingrosso, Angello, Prydz, Alesso, and so on…

This time we talk about an unconventional Swedish duo, distinguished by his fresh disco sound: Sondrum.

They started producing as Sondrum in 2014, and they immediately gained support from Marcus Schossow’s label, Code Red, where they released two tracks. Their new ‘Prelude EP’ will be out on June 16th, so we decided to have a chat with the guys to know more about them and their music.

[/vc_column_text][/vc_column][/vc_row][vc_row][vc_column][vc_toggle title=”Hey guys, how are you? First question: how do you guys met and how was the Sondrum project born?” open=”true”]Hey! We are really good.

We have been friends for a long time, went to school together and are from the same neighborhood. We were both making music and had the same interest in music. We always sent tracks to each other for feedback and so we just decided one night when we were at a party, that we should have to do something and so we started the SONDRUM project.[/vc_toggle][vc_toggle title=”Your music style is very funky and disco influenced, which artists have influenced you the most?” open=”true”]That’s correct! We are very influenced by disco and funk and that is because we grew up with it. It has a big imprint on us. We are influenced by many artists, whether they are famous or not. It’s maybe a cliché to say that music as a whole is an influence, but that’s how we feel.  When it comes to our style in making music, Earth, Wind & Fire, Michael Jackson, The Bee Gees, ABBA etc. have a big influence on us. When it comes to electronic music we have been very inspired by Daft Punk, Bob Sinclar, Axwell, and Disclosure to name a few.


[/vc_toggle][vc_toggle title=”Talk us about your upcoming Prelude EP.” open=”true”]The Prelude EP is kind of our way to say that we are heading towards a new road with our music. We are releasing tracks that have been floating around for a while. The tracks mean something to us and instead of waiting or that the tracks may never see the light of day, we want to release it for our fans and for ourselves. The word “Prelude” in other synonyms is the beginning of something or the start. So what we are trying to say with this EP is kind of a goodbye but also a welcome to the future as we have new material coming out.

[/vc_toggle][vc_toggle title=”Why you decided to release it on Willind Productions?” open=”true”]We’ve known the guys from Willind Productions for some time now and we get along really well. We met them when we played in a club and we feel that these guys are so ambitious and driven. When they contacted us and told us about their project we decided to collaborate with them. We have the same vision for the EP and they work really hard and that is something we appreciate in this business. Together we make a great team.[/vc_toggle][vc_toggle title=”You released two tracks on Code Red, ‘Lugo’ and ‘Lose It’. How’s your relationship with Marcus Schossow?” open=”true”]Our relationship with Marcus is very good! He and the Code Red crew are very kind souls and hard working people. We had a great time playing at the Code Red party in Amsterdam and it’s been fun working with them.

[/vc_toggle][vc_toggle title=”How do you produce your music?” open=”true”]We produce our music in FL studio but we have also produced in Logic and Cubase but we feel like FL studio is the best suitable for us when we make music. How and what plugins we use depends on the track. Sometimes we record our stuff but we use plugins like Sylenth, Spire, Massive and Waves for the mixing part. Sometimes we hear a sample and make a whole track around it. In the end, it all comes down to what track you are making and what mode you get and of course the mixdown.[/vc_toggle][vc_toggle title=”Which artists would you choose for your dream collab (apart from Axwell)?” open=”true”]Oh wow, that is a hard question haha! Our dream collab would be Daft Punk or Disclosure. The list is big but they would be at the top for sure. A collab with Throttle or Lenno would be awesome as well because those guys are insane!

[/vc_toggle][vc_toggle title=”Future plans?” open=”true”]Our future plan is to show our new music we’ve been making and we hope that the response will be good. But also do as many gigs as we can and keep working hard and making music that we love. We have discussed to start our own label but we want to plan it correctly, so it’s not something that could happen in the near future.[/vc_toggle][/vc_column][/vc_row][vc_row][vc_column][vc_column_text]