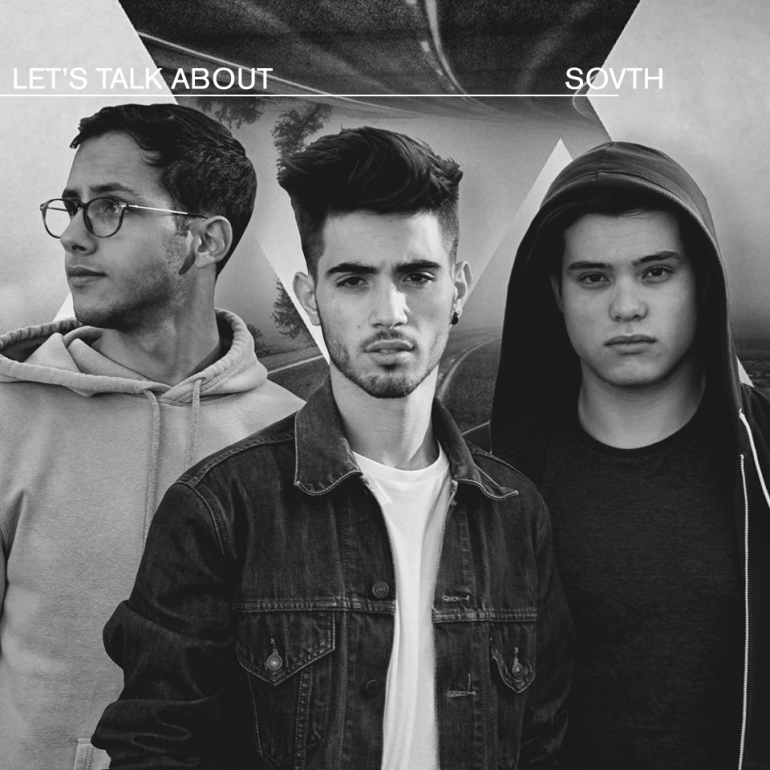 [vc_row][vc_column][vc_column_text]SOVTH is an Italian groove trio who has been releasing bangin’ house tunes on Code Red, Flamingo, Protocol and Sosumi. Today they release their collaboration with NEW_ID, “Step Inside” on Axtone: a proper milestone for every young producer.

We had a chat with the guys to know more about their roots and their future.

[/vc_column_text][/vc_column][/vc_row][vc_row][vc_column css=”.vc_custom_1518799694470{background-color: #eaeaea !important;}”][vc_toggle title=”Hello guys, nice to have you with us. Would you like to introduce yourselves?” open=”true”]Hi guys, our pleasure. We are Simone, Salvino, and Gabriele, three guys from Sicily; we are respectively 20, 20 and 21 years old and we all come from the same town, Agrigento. We hope you’ll like our interview.[/vc_toggle][vc_toggle title=”How did your trio born?” open=”true”]Our trio born during summer 2014 as “Triple Noize”. We were knowing each other for a long time and we were all very keen on electronic music, so we decided to join forces and give vent to our creativity.

[/vc_toggle][vc_toggle title=”Which artists influenced you the most?” open=”true”]Well, there are several of them, but the one who influenced us all the most surely is Axwell. Lately, we feel very inspired by CamelPhat, Solardo and Prok & Fitch’s tech-house.[/vc_toggle][vc_toggle title=”Your collaboration with NEW_ID, “Step Inside“, is out today on Axtone.” open=”true”]Believe us, it’s very hard to explain how we feel about this. We are extremely excited and honoured to join the Axtone Family, because it was a goal for us since we started making music. So, we can say that we have crowned our biggest dream, and doing it together with NEW_ID made us even prouder. We want to thank him for believing in the track since its first play at ADE 2016, and we hope to collaborate with him further in the future.[/vc_toggle][vc_toggle title=”Together with Maximals and Bout, you produced one of Protocol’s most successful tracks, “Fall In Line“. What can you tell us about this record?” open=”true”]”Fall In Line” is a very important record to us. It born as a collab between us and Bout, with Nino Lucarelli’s wonderful voice, but when we finished it we felt like something was missing. So we sent the track over to Maximals, who changed it a lot, giving it freshness and something extra. We think that “Fall In Line” is the track who helped us the most to spread our name into the scene: it reached the #30 position on Spotify Germany top 50 and it has been played over 225k times, but what really left us speechless was that it has been used as part of UMF 2017 aftermovie’s soundtrack. In the end, we are really proud of “Fall In Line”.

[/vc_toggle][vc_toggle title=”After only a year in the business you released music on Code Red, Mixmash, Protocol and Sosumi. What’s next?” open=”true”]We’re sorry but at the moment we can’t spoil anything, all we can tell you is that this spring will be full of surprises from us. You’ll see!

[/vc_toggle][vc_toggle title=”What kind of software and hardware do you use in the studio?” open=”true”]Our studio is a very basic one: we have a pair of KRK Rokit 8 G3 monitors, a Focusrite Scarlett 6i6 audio interface and a simple M-Audio MIDI keyboard. After all, we’re still bedroom producers!

We use FL Studio 11, and our favourite VSTs are Spire, Serum, ANA, Omnisphere e Korg’s M1. We think that there’s no need to use high-cost equalizers, compressors or analog synths to make good productions: we’re in the digital era, you can do almost everything you like just by clicking. Anyone can wake up in the morning, turn on his laptop and create music, and that’s why it’s hard to distinguish from the mass.

Everything depends on what’s in your mind, on your ability to drag it on the sequencer, and on your willpower.[/vc_toggle][vc_toggle title=”In the last year, the Italian house/groove scene has been rising up worldwide: do you think that there will be the chance to repeat what has been done in Sweden and Netherland?” open=”true”]It could happen, if only there would be more cooperation and less competition. The groove/house Italian scene has been growing exponentially, so we definitely have the potential to do it. Maybe we just need that thing that features Sweden and Netherland: teamwork. Perhaps, one day Italy will be at the top of the market’s mountain! Who knows…


[/vc_toggle][vc_toggle title=”Which artists would you pick up for a collaboration?” open=”true”]

We would surely pick up Will K, Teamworx (interview here) and the aforementioned CamelPhat, a collab with them would be a dream. We really appreciate them because of the music they’re currently releasing – we believe that a combination of our styles would create something really cool. By the way, we have some upcoming collaborations that we can’t wait to show you, so… stay tuned!

“We’d like to thank The Groove Cartel guys for letting us tell something about us and our thoughts, and we also want to thank you for reading this brief interview. See you next time!” – SOVTH

SOVTH are also taking over our Spotify selection: check it out!