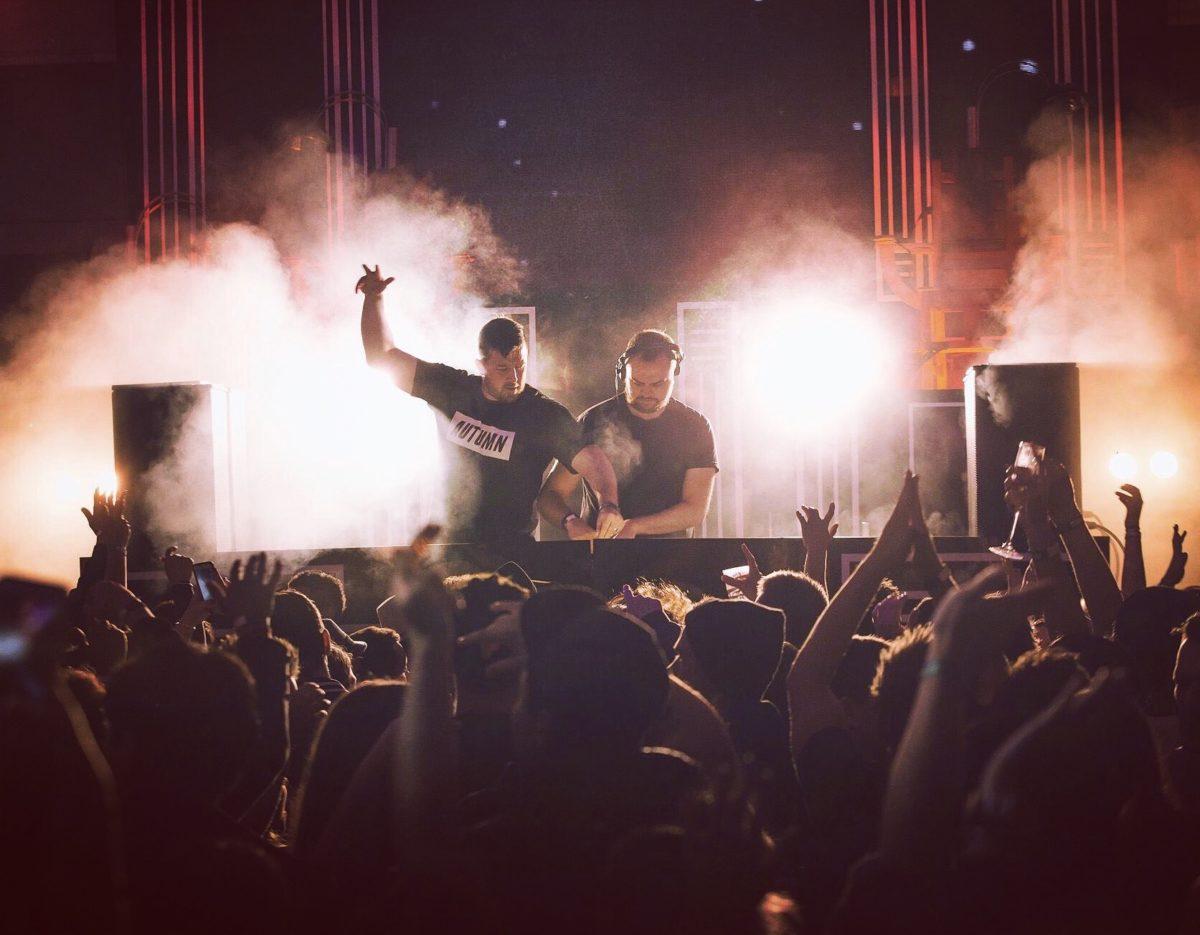 Let’s Talk about: The Aston Shuffle

From Axtone to EMI Music, the Australian duo has set the rules for house music since 2006

All the way from Australia, The Aston Shuffle are one of that duo you have heard for sure one in a lifetime. We sat down for an exclusive interview.

The Aston Shuffle are Australian duo Vance Musgrove and Mikah Freeman. As DJs, producers, remixers, selectors, and radio presenters, they have established themselves at the forefront of the Australian dance music scene and are forging a growing presence on the world stage.

The duo first rose to prominence as standout remixers, with Aston Shuffle remixes of Claude Vonstroke, Empire Of The Sun, and London Grammar becoming blog sensations. Their 2013 collaboration with fellow Australian producer Tommy Trash, ‘Sunrise’, was an era-defining record, hitting #1 on Beatport, and becoming a mainstage festival anthem across the globe. The duo took their sound further into the pop realm while still staying true to their club roots on their sophomore album Photographs, which featured the gold-selling single ‘Tear It Down’. Both ‘Sunrise’ and ‘Tear It Down’ were lately released via Axwell’s Axtone including several remixes.

Over the years they’ve evolved his sound, releasing hits over hits as well as touring around the world with performances at Tomorrowland, Miami and more. Because of their last tune ‘Now Or Never’, released last Friday, we have decided to reach them out for an in-depth interview.[/vc_column_text][/vc_column][/vc_row][vc_row][vc_column css=”.vc_custom_1553006938494{background-color: #ededed !important;}”][vc_toggle title=”Hi guys, it’s a pleasure to have a chat with you; let’s start talking about yourself. When and why have you started producing music?” open=”true”]Vance: I started producing music a long time ago now, at the age of 13 or so. I starting playing piano at the age of 3, taking piano lessons and very much focussing on a strict classical music education, so my whole idea of music was based on the classical world. I had a friend at school whose brother was a DJ, so my friend would bring mixtapes to school, and once I heard dance music my mind was basically blown, I had no idea how any of those sounds were created or how the mixtapes were put together so seamlessly, so I was pretty much instantly obsessed and wanted to learn everything about it – how to DJ, how to produce dance music, everything – and I basically haven’t stopped since then.
Mikah: I’ve been playing drums all my life and was really into heavy rock music during my teen angst years. When I was around 16-17 years old, a friend of mine took me to an underground rave party and the whole experience blew my mind. Musically, It was so different from anything I had heard previously and there was also this feeling of togetherness in the crowd. As cheesy as it sounds, I really felt like there was a sense of love and unity among us all. I was instantly hooked! The very next week I sold my drum kit and bought two turntables and a mixer and spent many sleepless nights trying to learn this new craft I had absolutely no idea about. Once I felt like I was competent enough I started playing out in local clubs and then the next obsession came along – I wanted to learn how to make the music I played out in clubs. So I saved up enough money to buy a computer and again spent many sleepless nights trying to work out how to make dance music. 10 years later I still spend many sleepless night trying to make decent dance music! 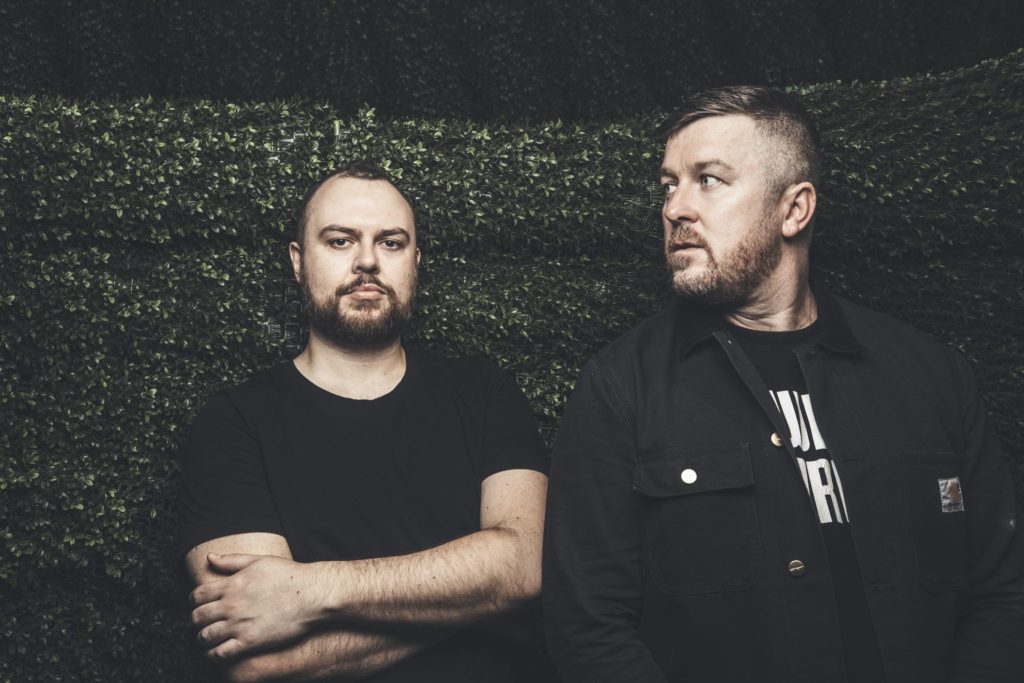 [/vc_toggle][vc_toggle title=”You’ve started producing a long time ago (some of your singles aren’t even on Spotify) and you’re still releasing music. How the dance music scene has changed since then?” open=”true”]
Things are quite different now, but over our career we’ve seen multiple shifts at this stage – musically, things seem to change roughly every 3 years. The hottest genre (or scene) right now is probably going to last around 3 years or so, and by then something else will have sprung up in its place. The genres that were dominating our musical landscape when we started out as The Aston Shuffle are basically gone at this point – the fidget house sound, and that nu rave / electro sort of sound – and there’s a renaissance of some classic house sounds from the 90s right now as well. So at a basic level, the genres that are really connecting with people now are different to when we started out, and it’s been exciting to see those shifts happen.
The way music is consumed by fans is so different now as well, as is the way fans interact with artists and expect artists to interact with them. The pace of things seems a bit more frantic overall now, you need to put more music out more often, and engage with your fans on a constant basis, to stay at the forefront of your fans’ minds. There’s a kind of palpable hunger for content that drives the entire scene now that feels markedly different to when we were starting out.
[/vc_toggle][vc_toggle title=”In 2012, with Tommy Trash, you’ve released ‘Sunrise’ on Axtone. How the idea is born and, can we define the track a turning point for your career?” open=”true”]The original song was “Won’t Get Lost”, which had much more of an indie dance vibe to it, and it did quite well in Australia on triple j so we really wanted to make an impact with the remix package. Ultimately we put together quite a heavy-hitting package – Flume and Rufus Du Sol both did remixes for that song just before they started really blowing up in a big way, but we knew we wanted something that would take it to more of a “main stage” sort of place, so we asked Tommy Trash to remix it as well. We all immediately felt that his remix had something pretty special going on, so the idea came about to make his remix of the track its own release.
I’d say it was definitely a turning point in our career outside of Australia, there’s a lot of people who know us primarily for that song, but our music has never been quite so overtly “main stage” or “EDM” in style though, so even now in 2019 I think we are still surprising and educating some people that our music isn’t quite in the same lane as Sunrise.


[/vc_toggle][vc_toggle title=”Two years later, another iconic tune. ‘Tear It Down’ came out. From this tune, it seems your discography has moved slightly to more techy and housy vibes. What happened, have you decided to change the genre or was it a natural evolution of your style?” open=”true”]It was a conscious decision to evolve our sound more in the direction of house music, and I think it was a combination of wanting to change up the creative process a bit, as well as us wanting to focus more on a sound we’ve always really loved and have started playing more & more in our DJ sets. On the creative process side, for a period a lot of our writing process followed a pattern that became second nature, which is to produce a demo, then try to get a topline / vocal, and then finish the track from there. In our experience, that process tends to result in tracks that lean more in a pop direction, like Tear it Down. But ultimately club music is what comes naturally to us and what we enjoy making and listening to most, so we made a conscious decision to make that more of a focus of the music we make at the moment, and it’s been refreshing to change things up consciously like that.

[/vc_toggle][vc_toggle title=”Your style has changed a lot over the years but, it has always remained inherent in electronic music. Have you ever produced something completely different, experimenting, not necessarily for a The Aston Shuffle song?” open=”true”]
Over time we have done some production for other non-dance artists – we’ve produced some stuff for some hip hop acts and done sessions with R&B and pop artists. It’s always fun and good for our production skills to work with different styles and sounds in the studio, even if we have no plans to release the ideas that come out of those sessions as Aston Shuffle tracks. We also have quite a lot of songs we’ve started over the years that either we didn’t quite finish, or tracks we held back from releasing because they ultimately didn’t quite feel right to be released as Aston Shuffle tracks, which could be reworked for other artists as well.
[/vc_toggle][vc_toggle title=”This Friday your new tune ‘Now Or Never’ has been released. How was the track born?” open=”true”]We initially started this song in Melbourne, Australia. We came up with the piano chords first and built a nice house groove around it, and immediately we realised it felt pretty special to us, and our approach in those situations is to let the track sit for a while so we don’t rush it and possibly “overcook” the song. A few months later, Vance was in London for some sessions and played it to the incredibly talented Ryan Ashley, who we’ve worked with a number of times now, and has worked with H.E.R, MNEK, The Magician and others. He really connected with the track and within one afternoon we had a fully written vocal, and we produced that version of the song quite quickly. We played it to The Magician, who had some thoughts on how to change & strengthen the track even further, so we spent some more time honing the song based on his notes, until we reached the final version of the song.

[/vc_toggle][vc_toggle title=”Listening to your latest releases, it seems that The Aston Shuffle style is now deeper and house-y oriented. Have you planned to release something progressive or melodic related?” open=”true”]
It’s definitely possible, we have a few tracks we’re working on at the moment that veer a little more into progressive kind of territory, but as always, the final track may end up being different to the initial idea. We are huge fans of that sound though.
[/vc_toggle][vc_toggle title=”Your latest studio album has been released 5 years ago. Do you think it’s time for a new one or do you prefer to keep releasing singles?” open=”true”]We’re firmly focused on singles at this stage, I don’t think we could say we’d never do another album, but right now I don’t think that’s what we really aspire to do, and I don’t think it’s something our fans are really craving from us. As I mentioned earlier, there’s a furious pace you need to maintain these days when it comes to releasing music and keeping fans engaged, and it makes more sense to us to keep releasing things steadily & regularly to keep building our momentum than to stop that momentum and spend 2 or 3 years tucked away in the studio writing an album, especially having done that twice already.
[/vc_toggle][vc_toggle title=”What’re your future plans? Gigs, new music?” open=”true”]
We have a lot more music in store for 2019, we’ve got quite a few tracks we’re finishing up at the moment and pencilling in for the rest of the year, we’re excited to be getting them out there! We’re putting together touring plans for the European summer as well, which will be exciting!
[/vc_toggle][/vc_column][/vc_row][vc_row][vc_column][vc_separator color=”white” border_width=”2″][vc_column_text]We would like to thanks a lot The Aston Shuffle for their kindness and for answering all our question. Their new single ‘Now Or Never’ is available worldwide following this link.[/vc_column_text][/vc_column][/vc_row]