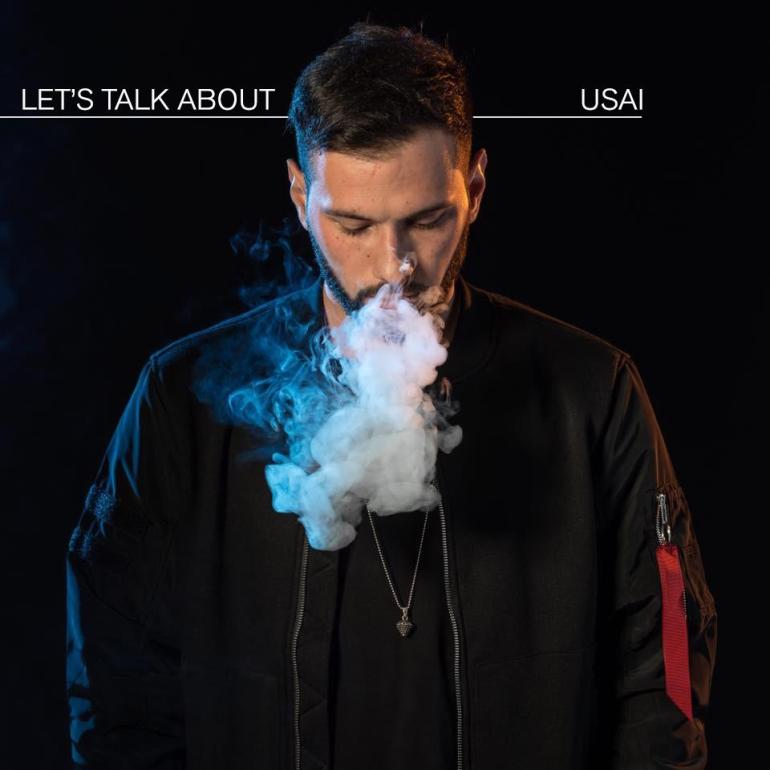 [vc_row][vc_column][vc_column_text]A new year means a new “Let’s talk about” series! Our first interview of 2018 features one of Italy’s finest producers, USAI. He released music on labels like Protocol, Code Red, and Fonk, just to name the most famous ones, and his tracks received a lot of support from the biggest DJs in the world, such as Steve Angello, Dannic and many more.

Let’s get to know our guest![/vc_column_text][/vc_column][/vc_row][vc_row bg_type=”bg_color” bg_color_value=”#f2f2f2″][vc_column][vc_toggle title=”Hello USAI, thanks for accepting our invitation. First question: what’s your name and where do you come from?” open=”true”]Hello! Thanks to you for this invitation, I know you guys and I really appreciate your work! My name’s Pier Giorgio Usai and I was born in Sassari, Sardinia, but I live in Milan since 2010.[/vc_toggle][vc_toggle title=”When did you start producing music, and what encourage you to do it?” open=”true”]I started producing (kinda producing actually) around 2007/2008; at that time I was only a music lover and a DJ, then I started to interface with FL Studio and making the first mashups, remixes and original tracks. I can’t explain what encouraged me to start producing, I just wanted to create something mine.

[/vc_toggle][vc_toggle title=”Which artists and tracks influenced you the most?” size=”lg” open=”true”]This question’s a very interesting one… The artist who definitely influenced me was David Guetta with his “One Love” album. Daft Punk, Justice and MGMT made me appreciate the avant-garde with their characteristic sounds. And then three Swedish artists, I think you know them…[/vc_toggle][vc_toggle title=”Your latest track is “Sad Story“ remix together with Crusy: how did you approach to this remix?” open=”true”]After the release of “Hypnotize” on Protocol, I and Crusy got friends and we promised to make more music together. When Merk & Kremont told me that they wanted a “Sad Story” remix from mine I was super happy, I sent it to Crusy to get feedback and then I thought that it would have been cool to finish the track together, as he fell in love with the track when listened to it.

It’s beautiful that music has the power to create connections between people who live far away from each other.

[/vc_toggle][vc_toggle title=”You’re a good friend of Merk & Kremont, how’s working with them?” open=”true”]They’re incredible persons and very good friends, besides being the best producers we have in Italy at the moment. It’s very exciting to be in the studio together and listen to each other’s ideas, giving advice and opinions… “you never stop learning”, and in the music industry this is a sentence to remember, as well as you should never forget humility, as they do.

Cannabis and Music: The Perfect Combination

[/vc_toggle][vc_toggle title=”What gear do you have in the studio?” open=”true”]I once heard this quote in a docu-film about a DJ: “My entire studio is my laptop and my hard disk”… and so is mine!

I work on my laptop, a pair of Adam A7X and a pair of Genelec, a midi keyboard, and that’s all.[/vc_toggle][vc_toggle title=”You are part of the Groove scene (electro-groove): what do you think about this movement? What’s the future like?” open=”true”]Honestly, I don’t like to catalog per genres who make music or the music itself, nevertheless, it’s normal to be positioned into fixed genres because of the music you release. I think that every niche, genre and subgenre has its own lifetime, which can be longer or shorter. Regarding the so-called “Groove”, I think that there can be an evolution by merging with house, tribal and tech-house (as it’s happening).