David Guetta alias Jack Back debuts on Toolroom with ‘Grenade’

Jack Back debuts on the renewed Toolroom label with ‘Grenade’. A mix of non-stop percussions and a wide bassline is what ‘Grenade’ is all about.

Not everyone knew that Mr. David Guetta started DJing in the underground club of Paris. He was used to play house music before becoming famous for his mainstream super-hits. Jack Back was his underground alias back in time and, recently, he decided to put it back on the scene. ‘(It Happens) Sometimes’ on Defected marks the return of David Guetta with Jack Back alias. Recently the official music video also came out.

The Defected release wasn’t a one-shot-tune for Jack Back. He’s now back on one of the most important labels of the circuit. Jack Back’s first label debut and ‘Grenade’ has found the perfect home on Toolroom. This marks his second ever release under the brand new alias.[/vc_column_text][/vc_column][/vc_row][vc_row][vc_column parallax=”content-moving-fade” parallax_image=”10978″][vc_column_text]

[/vc_column_text][/vc_column][/vc_row][vc_row][vc_column][vc_column_text]‘Grenade’ is a no-nonsense, straight up club banger that uses the legendary and infectious vocal from the classic Adam Freeland track ‘We Want Your Soul‘. Add in chunky tech house drums alongside plenty of builds and drops and you have yourself a peak-time monster for the festive and NYE period.

David Guetta presented it on his Jack Back (David Guetta) – Mixtape (DJ Mix) in September; from that moment, the record becomes rapidly viral. Martin Garrix dropped it not one, not two but three times on his show. ‘Grenade’ received support from Sunnery James and Ryan Marciano, Don Diablo, Tom Staar, Danny Howard on BBC Radio 1 and tons more.

David Guetta is not the only one to release more underground music under an alias. Thomas Gold, some months ago dropped his first track under AU-1 alias right on Toolroom.

Jack Back ‘Grenade’ is currently out via Toolroom Records. You can download it following this link or simply stream it below.[/vc_column_text][vc_video link=”https://www.youtube.com/watch?v=149w-O-cUK0″ align=”center”][/vc_column][/vc_row] 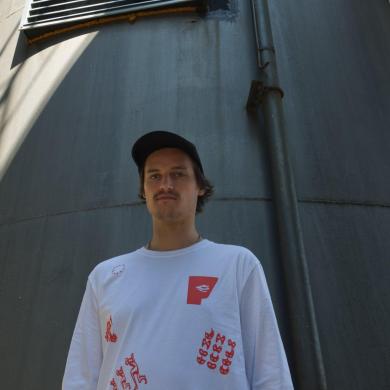