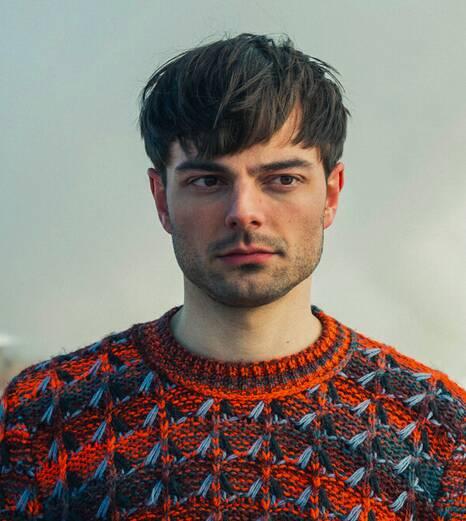 Half of the KIASMOS duo, Janus Rasmussen returns after the release of his acclaimed album Vín with new romantic single Slóð.

Janus Rasmussen has been on a deeply personal journey since going solo in 2019 – and no other release expresses just how far he’s come along on that path as Slóð does. The Faroese producer has retreated into his own inner world after making a name for himself in celebrated collaborative endeavors, from the electronic pop quartet Bloodgroup to his output as one half of the duo KIASMOS, alongside lafur Arnalds, in his debut solo album Vín and second album Blóð since.

However, whereas previous releases were an exploration of the musician’s newfound liberties as a solo artist, Slóð, which means “path” in Faroese, establishes a clear path forward.

The musician’s desire has been translated into this hardest-hitting track he’s ever released, as always elegantly polished by the sleek production he’s become known for.

It has opened up a new world for me – Janus Rasmussen

Slóð is full of confidence. The track’s ambitious goal is to weave various instruments and musical styles that build and evolve into one another in a single cohesive journey. Rasmussen’s artistry in synthesizing a wide range of experiences in a musical adventure like no other is on display in this track.

About the artists: Janus Rasmussen

Janus Rasmussen discovered music as a creative outlet early in his life. Growing up in the remote Faroe Islands, he would study and determine his preferred genre by listening to every single record he could get his hands on. He was soon learning to play the guitar and developing his own sound and style through electronic music.

Rasmussen now works as one-half of the duo KIASMOS with acclaimed pianist and producer Lafur Arnalds, with whom he has toured extensively, performing at some of the world’s most prestigious festivals. He is also one of the driving forces behind the electro-pop band Bloodgroup. Janus Rasmussen, who currently lives and works in Reykjavik, has recently released his debut solo album Vín, which explores new sound worlds within the realm of experimental minimal techno.