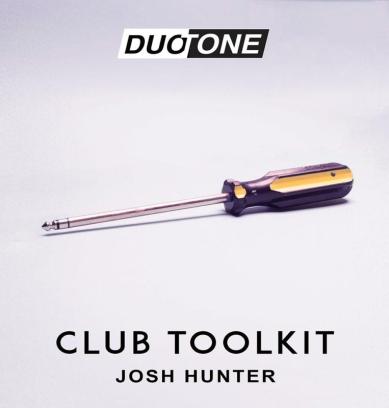 Duo-Tone Music veteran, Josh Hunter is back on the label for his debut 4 tracks EP called ‘Club Toolkit EP’.

UK DJ and producer, Josh Hunter has released a bunch of killer tracks on Duo-Tone Music, as ‘Tropics’ or the latest ‘Chicago Disco’. Now he is back with his first EP on the label, a selection of carefully crafted club tracks each with its own blend of Chicago house sounds.

The first three tracks of the EP were already been released on Duo-Tone Music; we are talking about ‘That House Vibe’, ‘Tropics’ and ‘Chicago Disco’.  Josh has added to the EP a brand new exclusive record, called ‘Big Beat’; bubbling bassline, groovy percussions, and outstanding leads made the record a perfect club weapon.

7 Techno Music Festivals To Consider Going To In 2022

Josh Hunter gained support in 2017 after releasing his remix of ‘Cola’, which secured him the UK number one spot on DJCity, plays on Radio 1, Radio 1 Xtra and Kiss FM. Early support for the EP’s lead track ‘That House Vibe’ includes plays from Stonebridge, Apres and also Nora En Pure who included it in her Ultra Music Festival set in Miami earlier this year.

This new EP that collect all Josh’s club weapons, is a hint of things to come from this young producer who is set to make huge moves in 2018.