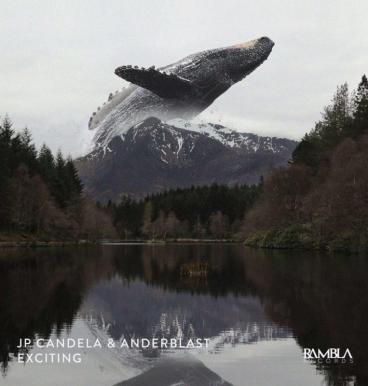 JP Candela and Italian duo Anderblast have collaborated for the first time for a new track, called ‘Exciting’ and it’s released via Anderblast’s label Rambla Records.

Starting with a good mixture of drums in the intro, the track continues with slow acid synth and a piano melody, making the overall vibes more catchy. ‘Exciting’ drop features a buzzing and energetic bassline, filled with sirens, and a massive dose of groove that will not make you stop dancing.

Already in the second position of the most sold track of Rambla, ‘Exciting’ has been played on numerous radio-show and podcasts.

Talking about artists, JP Candela is a resident DJ for Pacha Ibiza World Tour since a long time; he’s known as a stalwart of the Spanish house scene. He is very much fond of the dance floors and knows the true spirit of night life. An artist like this always delivers to the crowd what they want. He has been one of the most prolific remixers and producers and some of his remixing highlights are David Guetta ‘Turn Me On’ which featured Nicki Minaj, ‘Memories’ which was again by David Guetta & Kid Cudi. He has been supported by Pete Tong on BBC Radio 1. JP’s productions are released on major labels such as Spinnin’, Protocol, Defected, Sony.

Phill Guidetti & Ricky Lugli, better known as Anderblast have successfully made their name big by putting their dedication and efforts in something that they love the most. They provide unique interpretations in all of the tracks but mostly they make sure that the groove never dies. Anderblast are continuously supporting the groove movement and are creating eargasmic sounds since a couple of years. According to them, their label Rambla Records is the new reality in this Dance Music Industry, they’re trying to evolve the sound of the industry and are picking very innovative artists who give a good treatment to music.