Julian Florent ‘Hey Gypsy’ is the new single by the Polish DJ and producer on Total Freedom. Funky and groovy vibes filled with jackin bassline will make you dance all night long. 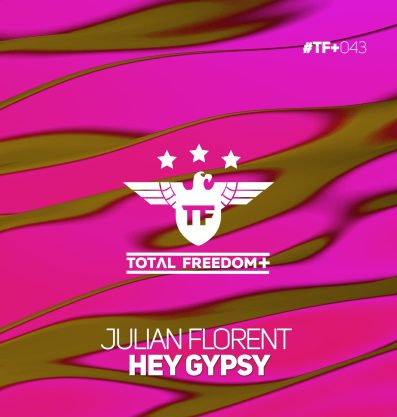 If you’re not new to the forum, we’ve featured Julian last October with his release ‘Sahara’. Now, he’s back with another massive tune, ‘Hey Gypsy’. Kicking off with carnival vibes and top trumpet melodies, ‘Hey Gypsy’ continues with its rolling groove. Shakers and toms complete the drop until the first breakdown. Chanting vocals take possession of the track in the break, bringing into another explosion of festival vibes on the second drop. Tribal house with Balkan/gypsy vibes is what Julian Florent ‘Hey Gypsy’ is all about.

‘Hey Gypsy’ catch the attention of DJ and producers worldwide. Leandro Da Silva played it on his In Da Silva House #48 and the record counts now more than 20 unique supports.

‘Together With Ukraine’ over 100 label and artists launch fundraising compilation

Julian Florent, born and raised in Poland, is a house DJ and producer since 10 years now. His latest record, ‘OMG’ and ‘Party Don’t Stop’ get supports from artists like EDX, Kryder, Daddy’s Groove, and Judge Jules who has played the record on his BBC Radio 1 podcast. ‘Party Don’t Stop’ in particular was #18 on Beatport Funky/Jackin’/Groove Top 100.

Side note, months ago, the first-ever collaboration between Kryder and Steve Angello cames out; ‘Romani’, the name of the track, has similar vibes as well concept. You will like it as well!