"From bass house hits to bone-rattling trap anthems, Knock2 has made a lasting impression throughout the past year with a number of mind-blowing releases" 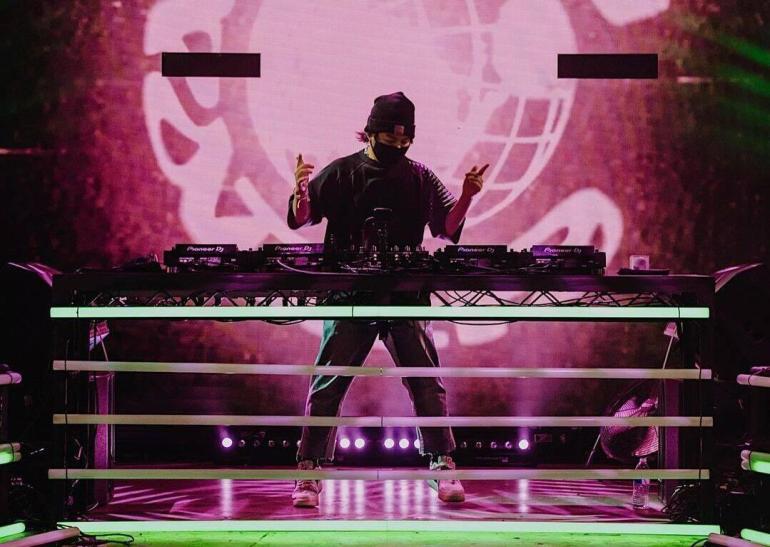 Knock2 ushers in another flow on Night Mode Recs with a stellar label debut, dashstar*, as part of the imprint’s fourth season of releases.

With no genre being off-limits for Knock2, there is no denying bass enthusiast that has cooked up quite the arsenal of club-ready weapons. From bass house hits to bone-rattling trap anthems, this promising producer has made a lasting impression throughout the past year with a number of mind-blowing releases engineered to light up the club and festival circuits. In addition to being a power player on RL Grime‘s blossoming Sable Valley imprint, Knock2 has proven to be one of the true driving forces breaking down the traditional boundaries of bass music for the better. Knock2 is one to watch if you’re looking for a proper adrenaline rush. – DJ Times about Knock2

Talking about the track, with dashstar* the San Diego native dips into his house-aimed arsenal to unleash a beastly house number that is slated to pop off, just as much as the featured vox intended. He opens up with a siren-call of a hook, as the luring voice rings out atop glimmering melodies and wall-rattling rave stabs. Soon enough, Knock2 answers back with a larger-than-life bounce powered by buoyant basslines, crisp drum programming, alarm samples, and a raw lead that will have heads losing their shit every single time it hits.

With almost 80.000 streams per month on Spotify and several singles at almost half a million plays, Knock2 is one of the producers you would keep an eye on for the future. Knock2’s dashstar* is currently out now worldwide and you can check it below or following this link.