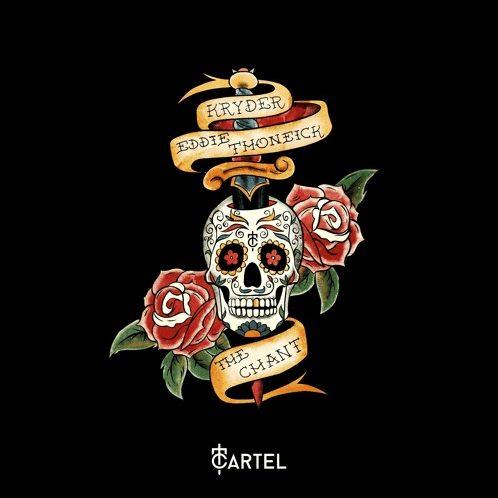 Kryder & Tom Staar last month released their sub-label, Cartel Recordingswith the support from the giant Spinnin’ Records. Kryder & Tom Staar have been at the forefront of the #BringBackTheGroove movement for past couple of years and this label will play a pivotal role in the movement. With Spinnin’ as the parent label and their vision, we are sure to get the best of groovy Big Room House Music from this imprint.

For the first release of Cartel, Kryder has again teamed up with the German producer Eddie Thoneick, with whom he released the remix of Shorty – Vazilando just last month, and now fans are up again for another master production from the two . With Eddie Thoneick ,a name that has been prominent in the House industry for the past two decades with the reputation for the quality releases and label head Kryder at the decks, The Chant is a very powerful summer anthem. Kryder showcased the track on his weekly podcast Kryteria Radio and has also been playing the song in his sets. Receiving support from Steve Angello in his prestigious BBC R1 podcast, this song has been making waves among the fans and artists alike.

This Big Room Banger is infused with heavy percussions and the groove. The euphoric Latin vocals produce a chant and these tribal vibes accompanied with the heavy hitting drums make for a summer anthem we cannot resist. The drum work is definitely going to make the fans go crazy when the song drops at the festivals. This song shows the vision of the groove movement and is definitely a great way to kickstart the label.

DUVALL goes back to his root with ‘Good Feeling’ on Armada

You cannot miss out on this song and is a must for your summer playlist. It is set to be released on 25th July but you can check out the preview on the label’s soundcloud channel. So, get on with the groove movement and show your support.