"It was an awesome experience to work with someone that has inspired me so much throughout my career" - BLVD. 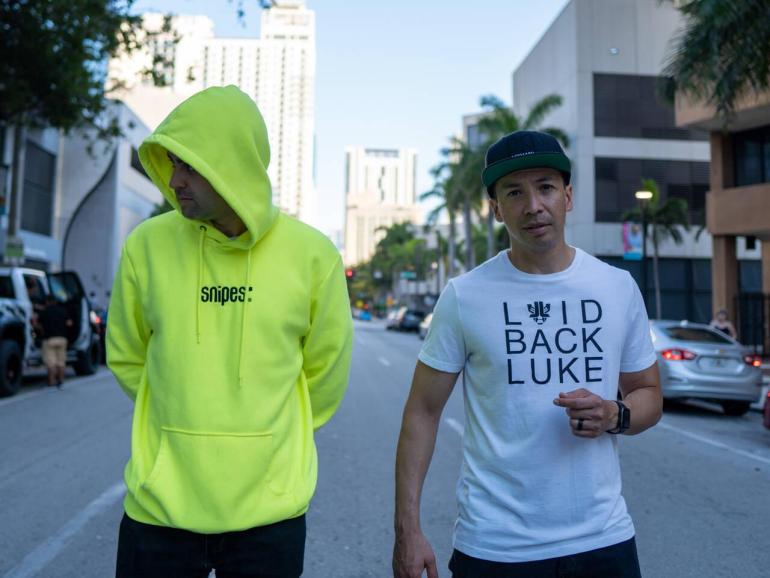 Laidback Luke returns with his second 2021 single in the form of Cielo, teaming up with BLVD. on Purple Fly Records.

With his new single Cielo, which he collaborated on with Miami-based BLVD, Laidback Luke joins NFT-fueled label Purple Fly. The record opens with a driving, deep bassline that gives way to goosebump-inducing ethereal vocals and cinematic synths, conjuring images of larger-than-life big room tracks that live forever in every raver’s memory. Purple Fly has previously released tracks from BLVD., Fatman Scoop, Shaquille O’Neal, Sevenn, and others, but Cielo stands out for its underground appeal as well as its emotive elements.

Purple Fly is an independent label that uses crypto’s newest frontier as a platform for a wide range of electronic music. The label’s mission is to promote cross-genre collaborations by combining music with stunning visuals to create an immersive experience that spans the sonic spectrum from trance to trap. With each music release, Purple Fly posts NFT on its official website, allowing artists to receive direct feedback from their fans while expressing their creativity. The grit of everything associated with hard asphalt, raw metal, and the true essence of a “boulevard” is represented by BLVD’s style.

I’m so excited to present my collab with the legend Laidback Luke! It was an awesome experience to work with someone that has inspired me so much throughout my career. We took a lot of inspiration from the sounds of the Space Terrace in Miami and we hope you like this one! – BLVD.

Laidback Luke and BLVD. new single Cielo is currently out now on Purple Fly Records. Stream and download here or below.