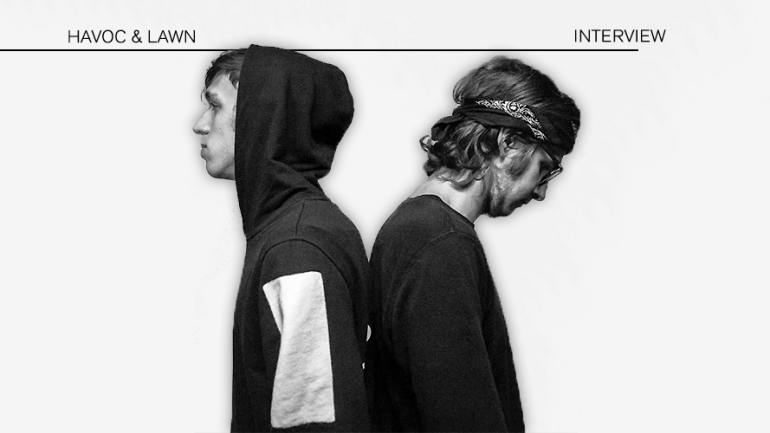 Today Sosumi Records release “Jackin“, an old school tech-house banger signed by the rising Italian duo Havoc & Lawn. This track, premiered by the boss himself Kryder on Kryteria Radio, takes you back to the heyday of Jackin’ House Music with it’s chopped vocals, old school drum samples, funky basslines and plenty of short sharp percussions. The track has been supported also by Nicky Romero, D.O.D, Swanky Tunes and Promise Land: definitely a success for the two Italian youngsters, so we decided to know more about them and their banger “Jackin” by talking with Riccardo, one of the two guys.

Hey Riccardo, how are you? First up, how do you and Simone met?

I’m fine, thanks. Well, we met when we attended the high school, I’m one year older than him and I had always been fascinated by what he did: he used to produce music since he was 13/14, so he’s the one who introduced me in this world. He has never studied any musical instrument, so he used to lack a bit into the more artistic part of the producing process, but I studied piano and guitar, so we complement each other. Everything I know about making music I owe it to him.

Did you use to listen to electronic music at that time?

Personally, I’ve always listened to all the kinds of music I could, so I grew up with various musical influences. My grandparent was a jazzman and he had a record store, so I had the chance to discover different styles. Simone has always mostly listened to electronic music, rap and rock.

Continuing with your musical tastes, which artists have influenced you the most?

Well, we started producing progressive house, so we were influenced by artists such as Nicky Romero, StadiumX and Tom Swoon. Then we moved on tribal stuff, influenced by Gregor Salto (one of the first to support our productions), and now we’re into more groovy and house tracks, inspired by huge names like Kryder, Sonny Fodera, Mark Knight, Eddie Thoneick and so on…

So let’s talk about your last record, Jackin: tell me everything about it

Well, the project was planned by Simone: the original drop was very similar to the one you can listen to in the final version. One day we went to the studio with the target of developing the entire track and we finished it in a few days; then it remained in our folder for a while because we felt that it wasn’t ready for being released on Sosumi (our dream label together with Code Red). When it was completed we send it to Sosumi while crossing our fingers, and they accepted it. We are honored that Kryder has decided to release Jackin on Sosumi.

Which music production software do you use?


I use Logic Pro, while Simone uses FL Studio. So we use a lot of Stems.

If I could show you where we work…(laughs) We just use a normal PC, with a pair of average monitors and a shitty sound card. It’s not about the gears, it’s all about the ears. Simone mixed and mastered Jackin on his own, and Kryder was satisfied with it…it doesn’t sound perfect but I think that every track should sound with a mood, and Jackin’s mood is an old-school one. 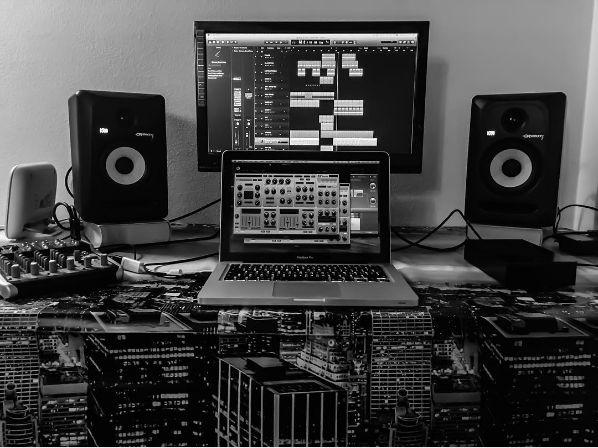 What do you think about the Groove scene?

We are happy that is getting more famous every day and that in Italy there are many producers that we appreciate a lot, such as Simon De Jano & Madwill, Fraanklyn, Maximals and Daddy’s Groove, that in my opinion is the best in our country.

If you had the opportunity to collaborate with two artists, who would you choose?

Well, that’s a hard question, there are a lot of amazing musicians out there: in Italy, we would surely pick Daddy’s Groove, while the other one is the King Axwell.

Which are your plans for the future?

Besides Jackin on Sosumi, we have some collaborations with well-known Italian and international artists. We want to underline our collaboration with Sovth, a young Italian trio that will astonish you.

Thanks, both for answering our questions!