LUCATI and Steven Klavier, working together, effectively sweep you off your feet and allow you to glide on the highs of falling fast for that special sparkle in your eye. 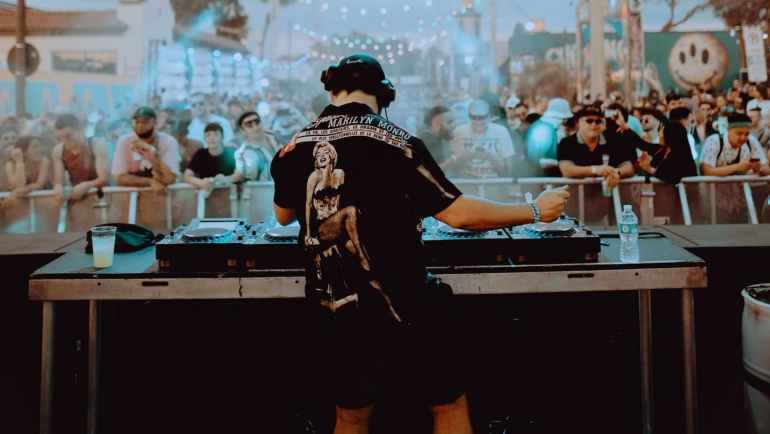 On ‘Take Me Away / Kol Me,’ LUCATI broadens his horizons with a well-rounded double-sided slice of house released on Insomniac’s IN / ROTATION imprint.

About the two records, Take Me Away / Kol Me

LUCATI, a seasoned house music stalwart, has mastered all manner of four-on-the-floor weapons, maintaining a prolific output that speaks to his impressive tenure on the dancefloor, without ever skipping a beat. The L.A.-based phenom doesn’t know how to miss, from his minimalist-minded shakers to late-night rhythms of the more bass-laden variety. With “Kol Me,” an off-the-hook tech-house tool that rang as the second cut featured on the fifth installment of IN / ROTATION’s house-first compilation, ‘Rotate,’ he dialed into a cheeky earworm of a groove at the start of 2021. He’s almost finished the piece, and he’s ready to wrap it up with a more tempered track that shows off a whole new side of his meticulously calculated craft.

He surrenders too much more subdued sensibilities on “Take Me Away,” descending into a deep and more restrained headspace. With his soul-drenched vocals and buttery delivery, critically acclaimed singer/songwriter Steven Klavier strikes a sentimental chord, enriching the swoon-worthy slice of house until the heart reaches a saturation point. Soft, circular organ chords and lilting pads combine with subtle percussive shuffles to create a warm and fuzzy feeling that compels you to succumb to its allure.

The artists about the release

LUCATI sent me this demo back in February while I was living in SXM. I fell in love with the grooviness of it immediately and I feel like it fully captured the feeling I had at the time of living on the beach during my Covid exile. The song is about totally submitting to love and letting it take you away. – Steven Klavier

‘Take Me Away’ is special to me. It’s about love at first sight, but not love for the first time. It’s about having loved someone before and now loving someone new again. With it, comes all the struggles and joys that love has in store for us. A sweet remembrance of what once was, and now the somber outlook of what’s to come. It’s a delicate sound with an intricate message that most of us have had the pleasure of feeling. Excited to have Insomniac’s blessing and I’m very thankful of them for believing in my musical range. Wouldn’t have it anywhere else. – LUCATI

Despite having more than a decade of recordings under his belt, LUCATI still manages to tickle the senses in unexpected ways. His firm grasp on the groove has allowed him to rub shoulders with living legends, including Chris Lake, Green Velvet, Claude VonStroke, Lee Foss, and a slew of other like-minded veterans. His dexterity behind the decks is unrivaled, as evidenced by his numerous appearances at world-famous festivals and clubs. Currently, he’ll be performing two highly anticipated sets at the HARD Summer Music Festival in Southern California and Holy Ship! Wrecked with new dates just around the corner.

Steven Klavier, on the other hand, has made it impossible to ignore his presence. With his sultry tones on features for Walker & Royce and Eli Escobar, the New York-bred sensation has had his fair share of dancefloor-defining moments. His dreamy cadence on Moon Boots’ piano-led “Tied Up,” from the latter’s sophomore album “Bimini Road,” drew praise from Annie Mac of BBC Radio 1 and was heavily played on KCRW.

“Take Me Away” is the perfect marriage of two of house music’s brightest stars. LUCATI and Steven Klavier, working together, effectively sweep you off your feet and allow you to glide on the highs of falling fast for that special sparkle in your eye.

You can stream and download the two records here or below.