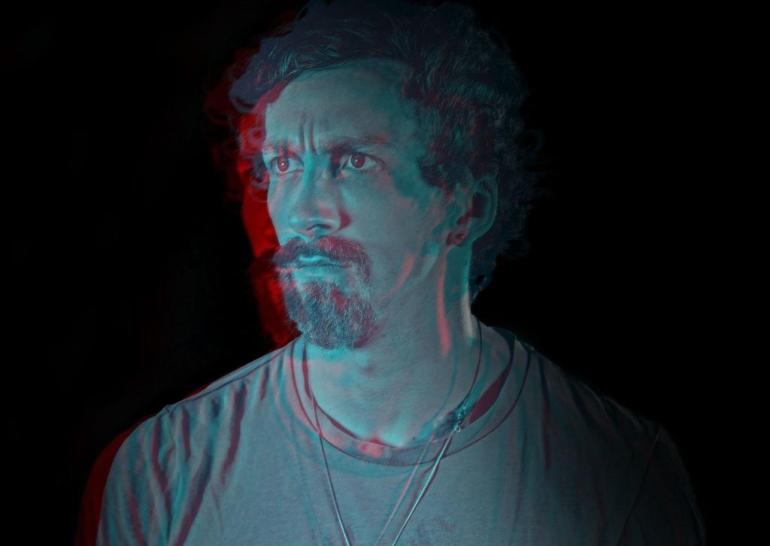 Not a new name on the blog, Marksman in the last year has delivered serious records spanning from melodic techno to deep and minimal house beats. We featured him for the first time in 2020 when he landed on ONISM Vol. 4 with Stratosphere. Since then he rapidly gained traction in the electronic music field releasing the Warp Speed EP and several other records in the last year.

He’s now back with Eclipse, a dark melodic techno track infused with flamenco guitar from Spain. Some might describe this as an intriguing combination. He describes the song to us as follows:

I’ve always been fascinated by Spanish guitar because my mother used to play it very well. Unfortunately, she died when I was very small, and so I never got to hear her play

Her guitar used to sit in one of the rooms in my house collecting dust. I’d often go look at it, as it is probably the only thing I have to remember her by.
I then start learning to play the guitar myself, but I was focused mostly on playing rock and metal (so much angst) on an electric guitar and got to a pretty high level on it

One day I decided to give the flamenco style a try and picked up my mother’s guitar and started strumming away. I was hooked…
I began to learn more about the style, strumming, and harmonies and found that both styles were very closely linked to the metal I was used to playing (ie. all mostly written in the Phrygian mode)


Now a lot of my productions incorporate flamenco in some way or another, either the instrumentation or harmonies themselves

Anyway, that’s the story behind the track – it’s about how even when the times appear dark there’s always some light at the end of the tunnel – Marksman

Kicking off with a wide and clean sub-base, Eclipse already spaces on the full frequency spectrum with cinematic and mysterious harmonies. The plucked main theme and the flamenco guitar vibrations perfectly match the more dark and deep vibes of the background. A mix of shady feelings and enigmatic percussions for a track that could be easily dropped in the middle of every techno set.

Marksman Eclipse is currently out now. Download it via Beatport or stream on Spotify.