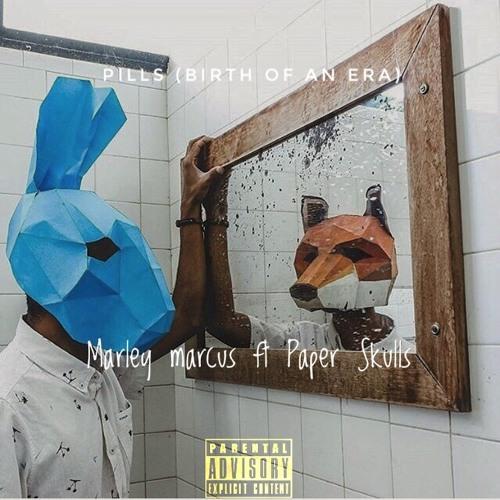 [vc_row][vc_column][vc_column_text]Swedish rapper Marley Marcus has just dropped his new track “Pills (Birth Of An Era),” a mix of rap vocal and groovy-house production.

Yes, you read it right, Marley Marcus who is born in Port of Spain, Trinidad and Tobago, has released a new record in which rap music is combined with house and groovy music. The song is called ‘Pills (Birth Of An Era)’ and it begins with a 15-second introduction from the young rapper. It features dark synths combined with ride loops which, later, on the build-up, they create a magical house music sound with a euphoric melody.

Marley Marcus started his musical journey when he was in the seventh grade and used to rap with his friends during class breaks. Later on, he rekindled his passion for music while he was attending a high school in Sweden with his friend Powell Lumor. He was greatly influenced by big hip-hop/rap legends like The Notorious B.I.G. After listening to his Ready To Die The Remaster, he kickstarted his musical journey and told his friends and family that he is going to be a rapper. We can say that The Notorious B.I.G. was his role model and his music is highly influenced by this legend.

Marley is currently 21 years old (check more on the blog); he is a versatile rapper for sure and his skills are unique. The way he has managed to combine this freestyle with house music is astonishing and it will blow your mind. He has also mentioned that he acknowledges the likes of Kanye West, Jay Z, Lil Wayne, Adele and there are many such artists who have inspired him to get along with his rap music career. His previous track was known as ‘Moet’ which was released around 7 months ago, but now he is back in the game and we’ll be seeing more tracks from him soon.