“Problems” started as a loop inspired by some old Foster the People songs. Mat directed the arrangement to a really cool place with more contrast and country-pop elements 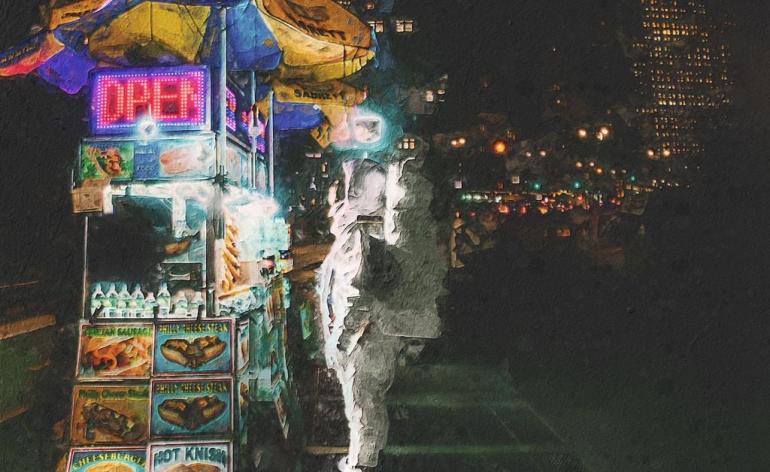 The fourth single extracted from the upcoming album Illusion Of Depth, Mat Zo Colours is out now via Anjunabeats.

Having already mixed the 20 Years of Anjunabeats compilation some months ago, Mat Zo is a regular artist of Above & Beyond’s label roster. Colours marks also the fourth installment of his upcoming album as, in the past weeks and months, Mat Zo has released The Next Chapter, Love Songs, and Problems. With seven releases dropped this year and the album coming up, 2020 hasn’t been a bad year artistically speaking for Mat Zo.

Colours is a quintessential Mat Zo creation where he teamed up once again with Atlanta-based musician Luzana Flores, who records as Olan.

“Problems” started as a loop inspired by some old Foster the People songs. Mat directed the arrangement to a really cool place with more contrast and country-pop elements I wasn’t used to but really enjoyed… The lyrics were about this girl I was seeing at the time and my appreciation for feeling understood by someone in a romantic sense that really came out of the blue. That relationship ended very shortly after, but listening back to the song now feels good. I think it’s cool to have a rare but tangible expression of trust in someone that’s playful and bubbly – Olan says

Kicking off with the incredible Olan’s vocal, the track features happy and catchy top synth lines as well as a well defined and clean baseline. The fast percussive ryhtyhm perfectly blend with the main theme creating an intimate and bright breakdown. The plucked main theme in the middle of the track moves the production into relaxing and chill vibes to tunneling all the energy in a stunning second drop.

Mat Zo has always stayed close with Anjunabeats, joining Above & Beyond for shows at Madison Square Garden and Huntington Beach and at Anjunabeats label showcases around North America. His upcoming album, Illusion of Depth will be released on Anjunabeats on October 9, with exclusive CD & vinyl bundles available to pre-order via the Anjuna Music Store.