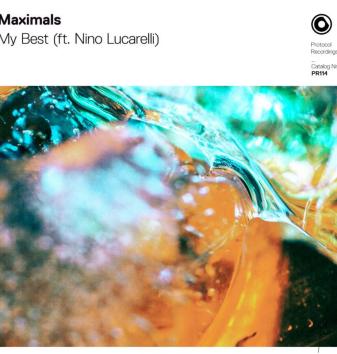 Davide Alpino & Riccardo Patruno also known as Maximals collaborate with Nino Lucarelli for their new release on Protocol Recordings known as ‘My Best’.

The track begins with nostalgic and sensual vocals by Nino that later builds up with bouncy melodies and smooth piano chords; the drop consists of a simple yet danceable groovy melody that will make your feet move.

Maximals have had a couple of releases on Nicky Romero’s imprint and these guys are truly on fire at the moment. With their prolific output of catchy singles, they are raising the standard of house music and, apparently, they are inspired by the atmosphere of dance music in the ’70s and ’80s and that’s the reason why this track is so soothing.

‘My Best’ has already received the support of big DJs/Producers like Martin Garrix, Oliver Heldens, Fedde Le Grand and the track has been played at many live shows and radio stations. Creating distinct sounds is something that Maximals have been doing since years and there has been a massive growth in the number of fans they have now. It’s a booming groove that’s going to rock clubs.

Protocol Recordings have been impressing their fans with some progressive house, pop-friendly & groovy tracks, the team is constantly searching for immensely talented DJs & Producers to keep their level high. After so many successful releases on the label, we can’t wait to see what the future holds.